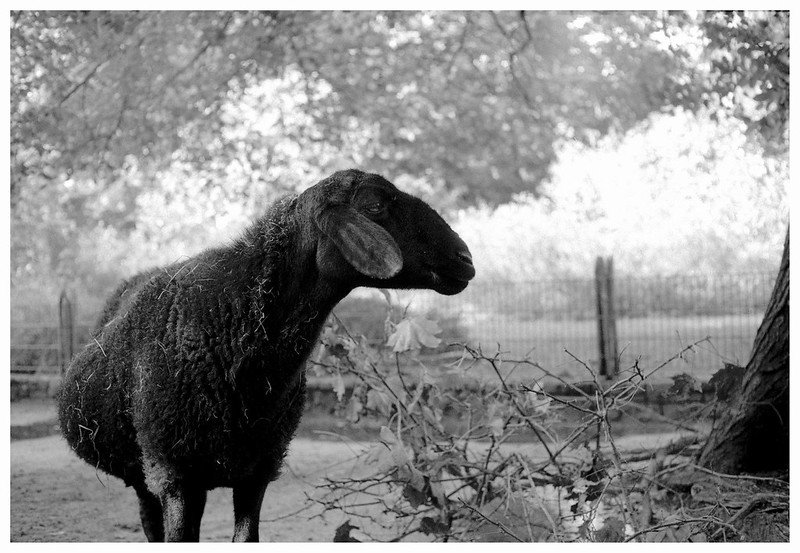 Today’s post is by author E. J. Wenstrom (@EJWenstrom). Sparks, the concluding novel of her four-part fantasy series, is out now.

I’m a big fan of antiheroes. A flawed character is just so much more interesting than your classic Dudley Do-Right. Anyone can like a character who makes the right choices and defends justice all the time. But that just doesn’t feel very authentic.

Can I just say it? True confessions? Traditionally heroic, always-good characters get boring.

I follow this mantra as much when writing my own characters as I do in my reading choices. Some—okay, most—of my characters are really rough around the edges.

But as my editor is always patiently reminding me, a lot of people don’t like unlikeable characters, on reasons of unlikeable-ness. This can be an especially perilous with female characters, whose margin for likability is even tighter than their male counterparts.

As I finished the final novel in my fantasy series this year, I gave some deep reflection to what exactly where the line is for unlikeable characters.

Can an unlikeable character still inspire readers to root for them? Heck yes—but it takes a little alchemy.

Here are a few key elements to create an unlikeable character readers will still be willing to root for:

Einstein once said that if you judge a fish by its ability to climb a tree, it will believe it is stupid. Everyone is a genius at something. Likewise, when it comes to characters, every one has a quality worth respecting—something redeeming about them.

Elphaba was uncompromising. Dr. House was brilliant. Han Solo was charming. Redeemable traits can be found in almost any character if you spend enough time with them to understand their motives and underlying drives.

It doesn’t have to necessarily be a good quality. I enjoy Dr. House more for his wry humor at his interns’ expense than his ability to save lives—it’s just fun to watch, and I don’t have to want to hang out with the character myself to appreciate it.

If you can find and draw out these distinct qualities that make your character admirable (or entertaining), your unlikeable character will become a lot more root-able for readers in an instant.

Every character needs to show its vulnerabilities to the reader. It’s important to expose the humanity of your character—and don’t be afraid to cut deep.

If a character is despicable, what made them this way? Is it drawn from fear? A past trauma? What do they need that they have been denied?

A character who suffers can be forgiven a great deal. Who among us is our best when we are suffering or wounded?

Belief they are doing right

A character worth rooting for is a character willing to fight for something. In fantasy that fighting is often pretty literal, but it doesn’t have to be.

In real life, people make terrible choices. But most of us, most of the time, are legitimately trying our best to do the right thing. So are our characters, whether they manage to really do good or not.

Their nature, or the things that have happened to them, may make it harder to make the actions we’re used to expecting from our Knight-in-Shining-Armor heroes. But they’re doing their best with what they’ve got.

If you can get this clearly onto the page, your reader will be willing to go a lot farther with you.

This was one warning my editor gave me about unlikeable characters I took especially to heart—a character who wallows and whines through the pages is no good.

A root-able character is a character who takes action. Taking the wrong action is far better than taking no action at all (see above). Action is the momentum that keeps the story moving forward—without it, it’s going to flail, and your readers are going to lose interest.

So when in doubt, keep your character moving. Then, make them wrestle with the consequences, for good or for bad.

The Secret to Unlikeable Characters

Can an unlikeable character actually be…likeable? Maybe? Maybe not. And maybe that’s not actually the most important thing. You can get your readers behind a character they don’t want to grab a beer with—if you allow enough humanity to show through.

Ultimately, these elements help make a character be root-able despite major foibles because these qualities make these characters more like us.

Unlikeable characters work best the same way easy-to-like ones do—when we help readers to see themselves in the characters. Because a character we can recognize ourselves in, is a character we want to see succeed.

And in this way, perhaps, when that character’s relatability is rooted in how flawed they are, that ultimate victory after the struggle can be even more meaningful.

E. J. Wenstrom believes in complicated heroes, horrifying monsters, purple hair dye and standing to the right on escalators so the left side can walk. Her award-winning fantasy series Chronicles of the Third Realm War features a peculiar mashup of Greek mythology, Judeo-Christian folklore, and an extra dash of her own special brand of chaos. It starts with Royal Palm Literary Award Book of the Year Mud (#1), Tides (#2), and Sparks (#3), as well as the prequel Rain (#0).

When she isn’t writing fiction, E. J. Wenstrom is a regular contributor to DIY MFA and BookRiot, and co-hosts the Fantasy+Girl Podcast. Learn more at her website.