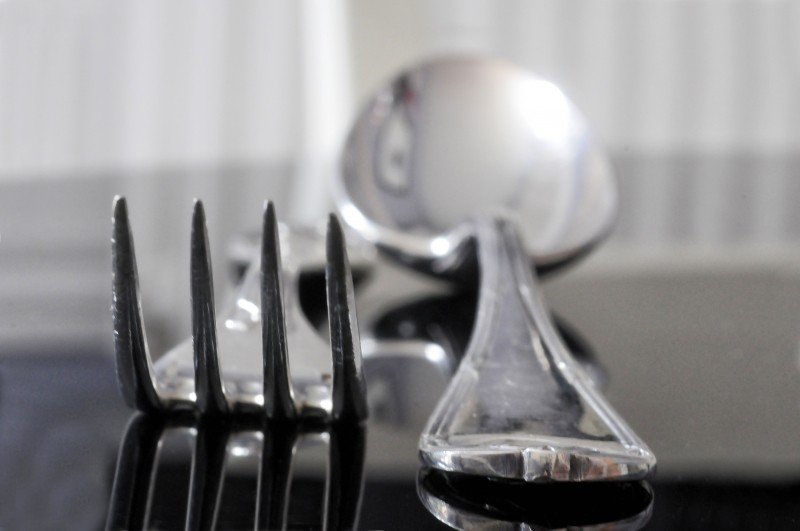 My jaw clenched at Mother’s cryptic phone message the dorm aide left on my bed: Wednesday May 26, 1954, Sunday dinner at 2:00. Come early. Not another boring afternoon with my older sister, Mikki. I hadn’t had dinner with my family since Christmas break. Chemical compounds, histology, and patient charts occupied my time in Temple University’s nursing program.

Sunday, I took the bus over to my parents’ brownstone in Brooklyn, my heart chanting my old refrain: The first daughter is the one Mother loves, but the second is the one she keeps. Outside, in their newly unfurled bright green, oak trees were heralding a change. Inside, new paint, kitchen cabinets, and a large electric range revealed Mother’s pride in what she called, her “new permanent home.” After thirty years of military moves, my parents were settling down.

“Conni’s here,” my brother Joey, fourteen, yelled. Rolling his eyes toward Mikki, he mouthed, No attention for you today, and handed his collie a biscuit. Mikki kept bouncing her baby on her hip and chatting with Mother, who nodded at me as she slid a pie in the oven.

“Yeah, Conni,” Mikki chimed in with an affected Brooklyn accent. “How you doin’?”

Dad hurried in to give me a hug. “Thanks for coming, honey,” he whispered, and glanced at his watch. “Go wash up,” he said in his military voice.

By the time everyone had gathered around the dining room table and Dad pronounced the blessing, my watch said one forty-five. Mother rose as solemnly as if she’d won a victory medal and announced: “Your father will head up the new logistics department at NATO South.” With a faint smile, she added, “Late August, we move to Naples, Italy.” June, July, my fingers counted. Slowly her eyes touched everyone at the table, everyone but me. Didn’t she want me along?

“If you say in the first chapter that there is a rifle hanging on the wall, in the second or third chapter it absolutely must go off.” —Chekhov

This first page ends with a surprise that launches the narrator out of her routine and into her story, but the way there is confused and rushed, and squanders many opportunities.

You’ve heard of Chekhov’s Gun, the principle that states every element in a dramatic work must either be relevant or removed, that whatever else we do as writers we must not hold “false promises” out to our readers. Consciously or not, we’re always loading Chekhov’s Gun. Every sentence we write is a rifle hung on the wall. Sooner or later it will—it must—go off.

Other terms for this are setup and payoff. We’re always either setting up some moment or scene, or paying it off. Since scenes are the building blocks of narrative, we should always be writing scenes.

Always be writing scene. It’s one piece of advice I don’t hesitate to give to give to my students. But for the advice to be practicable, the word “scene” must be understood to mean not just a dramatic incident characterized by action and dialogue, but background information regarding prior events and circumstances, physical descriptions, and other contextualizing matter necessary to support it: the setup.

When well-intentioned people exhort, “Show, don’t tell!” they forget that showing and telling needn’t be mutually exclusive, that they go hand-in-hand, that one is part of the other. When I say, “Always be writing scene,” I mean always be aware of the dramatic moment you are leading your reader to, that is being prepared or setup through telling. As long as you have that dramatic payoff in mind as your goal, the telling won’t feel inert; it will be imbued with tension, with the sense that Chekhov’s Gun will go off.

In this opening page, the dramatic payoff being set up is the moment when, at a dinner gathering at her parent’s Brooklyn home, the narrator’s mother announces that she and the narrator’s father, who works for NATO and has received a new assignment, will be moving to Naples, Italy.

It’s big news—news that (we may deduce from the novel’s working title, From Naples’ Ashes) conveys the novel’s inciting incident, the event that will launch the protagonist out of her status-quo routine into a series of dramatic episodes, i.e. a story. A wild guess tells me that those events will take place not on this side of the Atlantic, but in that bewilderingly beautiful Mediterranean port city cradled between Vesuvius and the Phlegraean Fields.

Though both setup and payoff are given to us in this opening page, the former exists more in embryo than as something developed.

Let’s start with the first sentence: “My jaw clenched at Mother’s cryptic phone message the dorm aide left on my bed: Wednesday May 26, 1954, Sunday dinner at 2:00. Come early.” Always be writing scene. Here the scene takes place in the narrator’s dormitory bedroom. Though the “cryptic” note specifies (improbably) the month, day, and year, we aren’t told when the note has been seen. Not in the morning, presumably, but some time later, with the narrator having returned home to find it on her bed. Does the time matter? It does in that time forms part of the setting, as does the dormitory room itself, which is likewise not described: a pity, given that this is a period piece.

It matters also insofar as the quality of the bedroom, the narrator’s mood or condition in coming home to it, the event from which she has just returned—all these things present opportunities not only to further contextualize this narrator’s situation, but to reveal her character. In the same vein whether the note is written on the back of an envelope or a torn piece of paper may not matter as far as understanding the basic scene is concerned, but it may make a big difference between a grounded, concrete, visceral experience and information derived from an experience. Though strictly speaking we get a scene here, that scene is more implied than tangible. It occurs in something like a vacuum in which the narrator’s perceptions are scarcely brought to bear.

On the other hand, by emphasizing the narrator’s jaundiced response to her parents’ dinner invitation, in setting her (and our) expectations extremely low, the author sets both her protagonist and us up for the surprise that, sure enough, will follow. Do we know there’s a surprise in store? Has the narrator told us? No, but we assume it.

The next paragraph puts us on a bus bound for that Brooklyn brownstone. Logistically the bus journey is at best confusing. A bus from Philadelphia (Temple University) to … Brooklyn? The narrator would have to ride several buses, and maybe a subway to boot. As confusing as this bus journey is, it’s also rushed. We dip into the narrator’s thoughts (“The first daughter is the one Mother loves, but the second is the one she keeps.”), but get none of the passing scenery. This rushed bus trip squanders other opportunities: the chance to establish the story’s domestic setting (setting up the contrast with the exotic Neapolitan venue to come), or to further elaborate the narrator’s situation vis-à-vis her parents, or to highlight an issue that’s been on the narrator’s mind and that may inform events to come. By elaborating on this bus trip and availing herself of these opportunities, not only would the author increase tension toward the inferred pay-off, she would add meat to her protagonist’s bones.

The author is in such a hurry she doesn’t let the bus reach its destination before, with a nod to those oak trees, thrusting Conni into her parents’ newly appointed kitchen. The effect is jarring to say the least. It also deprives us of the chance to see the brownstone from outside, or to have us experience, with Conni as she walks toward it from the bus stop, her memories, associations, and feelings vis-à-vis visiting her parents’ new home. More context; more character. Can the author and her opening do without these things? They can, but at a loss, I think.

The rushed quality persists through our introductions to Connie’s relations, her brother, her brother-in-law, her sister, and her father—none of whom are given to us physically, and whose dialogues (“How you doin’?”) are at best perfunctory. Of this ensemble the one developed character is Joey, the brother who “[rolls] his eyes toward” his sister: a rare moment of character evocation through action.

To sum up: so intent is the author on delivering us to a surprise—the payoff—that she neglects to build sufficient context, characterization, and tension toward it. A dozen or so more sentences and this first page could fly. As written it functions, but only barely.