“I messed up, I owe you an explanation.”

You see, Jane and I have been misspelling the name of this new column. This Flickr-ed into my mind while watching Netflix shoot itself in the other foot with Qwikster. Reed Hastings, having turned “flicks” into “flix,” should have named the DVD service Qwixtr. It’s not as if the Qwikster Twitter handle was even available.  Here on the Ethr? We’re good now, all aligned with Tumblr. Nothing affected about that, either. Next week, we roll the “r.”

“Let me make it clear that I have no objection to receiving checks that may accompany the statements. But I would feel a great deal better depositing them if I knew that an acre of trees had not died just so that I could report to clients that their books had earned $0.00 for the twelfth year in a row.”

Once more into the bookseller breeches

“The digi-catastrophists predict, now that we have reached 8-10% e-book penetration, that chain bookstores and independents alike are condemned to the same oblivion. That argument ignores a central truth: the chains and independents have evolved to present nearly antithetical shopping experiences.” 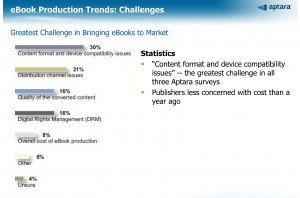 “Ebooks are the most dominant force in contemporary publishing. Their sales rose nearly 40 percent in 2010, and more than a third of book publishers (surveyed say) they will issue more than 75 percent of their titles as ebooks in 2011.”

“I am sorry there is no way to present this as anything other than confusing.”

“Call me a purist, but I have always found it a bit off-putting when Disney injects non-Disney material into the parks … I worry about this for Avatarland. Will the Na’vi interact with Mickey and friends? Will we see giant tanks rolling down the main streets of the Animal Kingdom? Perhaps most ‘gasp-worthy,’ will they turn the Tree of Life into the Tree of Souls?”

“The thugs in London and Birmingham didn’t steal from the book shops for this reason: there was nothing in there they wanted.”

Designers on the ether

“Perhaps the biggest challenge for American design is that design itself is a concept both murky and diffuse, two adjectives that don’t coexist easily with American enthusiasm and impatience … It requires a certain fluidity and tolerance for change that can be hard to manage, especially in a corporate context. For maximum effectiveness, it needs to be part of a bigger system. Even then, it’s maddeningly hard to measure.”

“MoMA’s design curator is a quirky tastemaker and articulate advocate.”

“This book allows a user to navigate a choose-your-own-adventure story through folding patterns that physically trace her journey and decisions. Near the end of any particular path, a smartphone and QR tag can be used to link to an online video segment that brings the story to an interactive conclusion.”

“Designers today have to be a little bit script-writers.”

“An NYC members-only workspace … a think tank for any small businesses or individual looking for a beautiful, simple, and convenient place to work when paying for office space just isn’t feasible.”

—Brett Valls finds a well-designed answer to the question “where to write?” in
Grind: Revolutionary Workspace That Will Change Small Business As We Know It Forever

Bookmark it now, read it later

“She asked about (my) books, which she had read—which is more than I have.”

“My question to you, Jonathan: Is the capacity to act amid uncertainty “romantic?” Is it “poetic?” Does your philosophy see a connection between the pursuit of “beauty,” as Keats phrased it, and contemporary entrepreneurial marketing/publishing/commerce?”

“My father was a fan. I hadn’t known. Or if I’d known, I hadn’t thought of it that way. Looking more closely at the files, I saw that they weren’t comprehensive, that some sort of selection process was at work. It definitely wasn’t what I would’ve picked for my career retrospective. I figured that his collection and curation of my work was his way of holding the person I’d become closer, to understand me better. I just sort of wish we’d talked to each other about it.”

“A DOG’S BREAKFAST IS TURKEY, MEATLOAF, PASTA, SALAD (he’d tick off a finger on his left hand to emphasize each foodstuff) WHATEVER’S LEFT IN THE ICEBOX! THIS GODDAMN NOVEL SOUNDS JUST LIKE THAT…SCIENCE FICTION AND FAMILY DRAMA WITH THE PROMISE OF THROUGHLINE CRIME SLOSHING AROUND WITH A REDEMPTIVE MATURATION PLOT! CHOOSE ONE GENRE AND DO IT WELL. DON’T PUBLISH WRTERS WHO DON’T CHOOSE!”

How-to’s of the week

“There are lots of different kinds of books, and we can point to a few clear reasons why some books sell better than others:

—Joel Friedlander offers his lead article from CreateSpace,
Basics of Book Marketing for the Beginning Self-Publisher: Part 1, Part 2, and Part 3

—Patrick Ross asks Do You Suffer from “Not-Quite” Paralysis?

“Remember when TV viewers were seen as passive consumers? The minimal effort required to operate a remote control (and open a beer and a bag of Cheetos) meant that sitting on the couch and taking in a few of your favorite shows made you a “couch potato.” Funny how the addition of just another small device—the smartphone—to the mix has transformed the couch potato into a superfan/social-marketer/programmer with the power to transform TV.”

Smackdown among the MFA-ranking haters

“Columbia is … for people whose genitals still work, dammit. For writers who want to be brave and persevere in the real world where people often fail.”

—Scott Kenemore defends his alma mater’s family jewels in
Nice Try: Why the Poets & Writers MFA rankings are a sham

“I saw something startlingly familiar: the Parke & Ronen men’s swimwear show I’d attended a few nights earlier, but set in ancient Greece. What I was looking at were marble sculptures of kouroi, or youths, from around 600 B.C. They were all nude and all shared the same pose: standing upright, arms down, staring blankly ahead, with one foot slightly advanced, as if in forward stride.  The pose, as I now knew, was standard on runways. So was the body type. And the blank beauty. The Parke & Ronen men looked like generic career hunks. The kouroi did, too; so generic, in fact, that they seemed barely human. ”

—Critic Holland Cotter toughs it out at Fashion Week: Male Models at the Line of Beauty 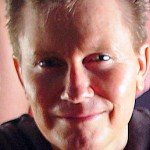