Our first pairing: Noble, tart, and high time somebody said it

“We agents, who have struggled to maintain a fragile sense of trust with writers, only deepen the chasm between our professional community and the artistic community we serve when we introduce more doubt into the relationship, and when we wave off real conflict of interest questions like they’re unsolicited queries.”

“Nowhere is the change in publishing greater than in the agent community. What has been a stable business model for generations is now, suddenly, changing.”

“Lately I’ve been doing a lot of reading on women, money, and power. … You could easily take the word ‘women’ out of these books and replace it with the word ‘writer.'”

—Kristine Kathryn Rusch decides “I am, according to all of these self-help books, a man.”
The Business Rusch: Unexpected Gold in Self-Help Books

“There are a lot of people out there who … love their phones, they love their music, they love listening to their books on their MP3 players, as do I. But there’s something about this that has just tipped out of balance and they want to get it right.”

—Author Sherry Turkle talks to Krista Tippett on “Being” in a social-media-bending segment:
Alive Enough?

Third pairing: Full-bodied, robust, and the heady aftertaste of access

“Amazon is encouraging questions whose answers aren’t just supplemental to the books they address, but also literally extensive to them. The answers, in effect, become part of the books. Which means that the Author Pages do, too.”

—Megan Garber deftly catches the drift:
Amazon’s new @author feature launches, and changes (just a bit) what a book is all about

“Essentially, authors, reduced to caged and perpetually accessible performer-explainers, are meant to be available to answer any (stupid or not) question from their readers.”

—Harrison Solow hurls it back as “appalling … Frankensteinian,” in Personalbrandification

“I firmly believe that there are writers out there today who have valuable insights and native talent that would make them natural successes at marketing their own work … provided, of course, that you are pleased and challenged by doing this commercial stuff that has almost nothing in common with imagining stories and writing them down.”

—A cautionary Cory Doctorow weighs self-publishing and traditional publishing:
Why Should Anyone Care?

“Take your emotions out of it. Let go of your fear. You now have an opportunity that’s unprecedented.  You can reach your readers directly. You don’t need all the people in between.”

“Did you know that you can get a secret email address from your Evernote account settings page, and that anything you send to it will become a new note?”

“If you need any proof about the power of headlines, consider this: what do you imagine drew the majority of people to this post?”

Out of the vineyards: A taste for independence

“We haven’t seen a shift in the workforce this significant in almost 100 years when we transitioned from an agricultural to an industrial economy. … For the workers of the Gig Economy, social media, collaborative consumption, and crowdsourcing are tools of the trade.”

—Sara Horowitz opens a series of articles at The Atlantic:
The Freelance Surge is the Industrial Revolution of Our Time
and A Jobs Plan for the Post-Cubicle Economy

And when words fail

“9/11 reminded me just how powerful music can be … how it can provide answers when words are not enough … how it can unite us with a mystical thread that knows no boundaries.”

—Midge Woolsey, WQXR, on hosting a live program in New York on the night of 9/11 in The Mystical Power of Music

As we save up good reads and listens for the weekend, none of us is unaware of the tenth anniversary of the September 11 attacks. I’d like to commend to you The Requiem Project on Q2 —a still-young 24/7 online-streaming NPR affiliate from WNYC/WQXR. Q2 specializes in cultivating the work and voices of our most eloquent professional contemporary composers.

The Requiem Project, hashtagged #Q2R, is the focus of the stream from Friday through Sunday. The weekend includes an unprecedented live webcast  from the Temple of Dendur, Sunday at 3:30 p.m. ET, at the Metropolitan Museum of Art. Full info is on the site, but you need know nothing about the composers or musicians in order to engage in some of the most opulent vocabularies of our era. Producer Alex Ambrose is marshaling what he calls “an almost pointillistic array of voices that address mourning and consolation” all weekend.

It will be there when you need it. 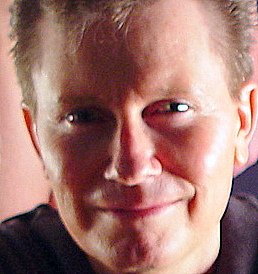