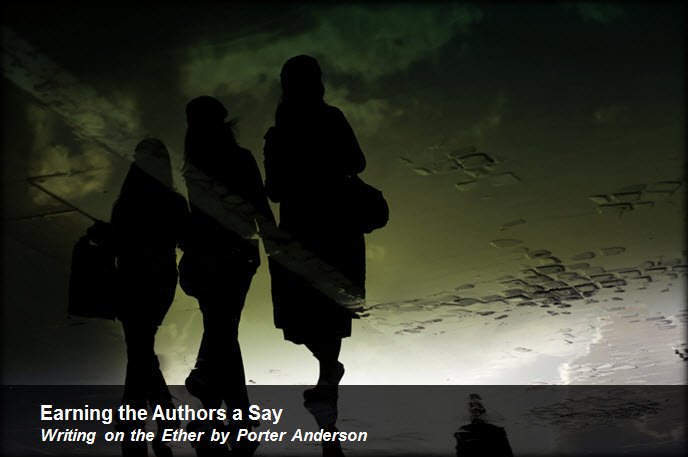 Just When You Thought It Was Safe

Ah, but the verbiage is less heated this time.

The claims are more cleanly stated.

And, more importantly, the focus of the intent is sharper.

As an exercise in industry conversation generated by authors—as opposed to one spurred by the corporate sector—Hugh Howey’s AuthorEarnings.com project probably is unparalleled. 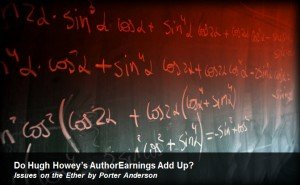 Should you need to catch up, we can offer you our initial interview from February 11, A Call for Writers to Organize: Hugh Howey Interview; a follow-up here on the Ether from February 13, Howey’s Convention: “Organized Advocacy”; and an Issues on the Ether writeup about reactions at Publishing Perspectives, Do Hugh Howey’s AuthorEarnings Add Up?

One very early report this morning is talking of “traditional-publisher vitriol.” That’s a reference to what is a cheap sideshow to the real importance here.

Your time is being wasted by those who say the point or the “fun” of this development is self-publishing and traditional publishing  forces lambasting each other. You have to wonder how much salable material such people might produce in the time they spend trying to insult each other. They could be a lot more productive.

If anything, this outing will disappoint them.

The Author Earnings report lodged on the site overnight and dated February 19 should come as an almost genteel follow-up.  It’s called The 50k Report for its approximately 54,000 ebook titles sampled in another scraping of Amazon.com book pages,

Much shorter and quicker to go over than the initial report, this edition takes into account information interpreted from approximately 11,000 titles in genre fiction; 900 in literary fiction; 30,000 in non-fiction; and some 10,000 in children’s (not YA) fiction.

@BiblioCrunch It tells me the stigma is gone, rights are forever, change is coming, so think long and hard before you sign. #indiechat

Howey has, since the first report, adopted a more frequent use of the term “spider” for the software his still-unnamed associate is deploying. And this time, he includes a short explanatory note on how this digital arachnid does its work:

The spider works like this: It crawls through all the categories, sub-categories, and sub-sub-categories listed on Amazon, starting from the very top and working its way down. It scans each product page and parses the text straight from the source html. Along with title, author, price, star-rating, and publisher information, the spider also grabs the book’s overall Amazon Kindle store sales ranking. This overall sales ranking is then used to slot each title into a single master list. Duplicate entries, from books appearing on multiple bestseller lists, get discarded.

Critics will not be mollified to learn that, again, this is a single day’s snapshot. The complaint about one day’s view being extrapolated to a year’s performance is probably the single most frequently heard retort to the effort’s mode. One of the most adamant denunciations of  Howey’s approach, Sunita’s How (not) To Lie With Statistics at Dear Author,  Terming the one-day snapshot of the first report as a “cross-section,” she writes:

This time, Howey addresses the one-day element of his observations, himself:

As before, our spider is looking at a snapshot of sales rankings for one particular day — in this case February 7, 2014. Extrapolation is only useful for determining relative market share and theoretical earnings potential. Our conclusions assume that the proportion of self-published to traditionally published titles doesn’t change dramatically from day to day, and the similarity of this dataset, collected 9 days after the previous one, lends that assumption some support. By comparing successive reports over the coming months, we will be able to answer the day-to-day variance question more completely.

And as you think about points of interest from this new report, the over-arching goal is good to recall: This is an effort to fortify the opinion that self-publishing may be a more financially viable route for authors to take than some have believed or said it was in the past.

It’s Howey’s belief that authors may be misled by what he sees as wrongly assumptions and/or assertions that more money is always to be made in traditional publishing than in self-publishing.

Yes, there are flaws in the approach and there are plenty of people eager to tell you that. He is one of them.

Yes, there is a crippling lack of actual sales data here because the major retailers decline to release it.

But there is also a shift in the discussion, what Dublin-based observer Eoin Purcell calls “the start of more mature conversation around change in publishing.” His comments appear in my write-up of our #PorterMeets interview in The Bookseller, on the stands in London on Friday.

And it was just yesterday that The Bookseller carried the first report I saw of self-publishing author Tracy Bloom being signed to a four-book contract by Random House UK’s Cornerstone (under its Arrow division). Such stories as Cornerstone buys four from self-published Trace Bloom give new interest to the question of whether an author will, actually, do better in such a traditional deal than in self-publishing.

Certainly, Bloom feels the path from self-publishing to traditional deal, brokered by agent Araminta Whitley at London’s LAW Ltd, has been right for her. She’s quoted by The Bookseller’s Sarah Shaffi, saying, “I have learnt a huge amount during the process and I’m now delighted to be joining Arrow who I know have the skills and expertise to bring my writing to an even greater audience and help take my career to the next level.”

At the same time, the logic of what Howey and his associate are demonstrating in their work rings right for some, even if the methodology and some of its assumptions can’t overcome that fundamental lack of actual sales data. Coolest heads remind us that the Bloom case is a perfect example of how both self-publishing and traditional publishing can be of use to the same author, potentially to many more.

Yes, the @authorearnings data and methods are questionable, easily challenged. But that won't stop this sea change. #EtherIssue

The result, then, is that authors face a more deeply explicated range of options.

And for your consideration, meanwhile, here are  some of the highlights from Howey’s new report, in short-form:

@elizabethscraig @hughhowey @authorearnings @philipdsjones It's helpful as a one of many data sources. It's political but not un-useful.

Because some have complained that using the top-selling titles for his reports skews Howey’s estimates, this report also tries removing the top 1,000 bestselling Amazon ebooks in the sample. Howey writes:

Frequently, self-publishing success stories are explained away as rarities. If this is true, once we remove the top 1,000 from consideration, we should see the needle move toward the traditionally published mid-list authors who are making a steady living further down the charts…Once we look below the Top 1,000, indications are that the indie midlist is healthy indeed. Or it could be that we’re glimpsing the rising swell of tomorrow’s new Top 1,000. All of this remains to be seen.

A Barnes & Noble scraping is next, Howey writes, in the ongoing series, and his report again offers .xslx downloads of the numbers used in this analysis.

Do the observations coming out of the AuthorEarnings.com reports surprise you about the relative strengths of independent and traditionally published work? How closely are you following the introduction and/or reactions to AuthorEarnings? And for all the difficulties in mounting a study when actual hard sales data is not available, do you think the AuthorEarnings material is showing self-publishing to be, as Purcell termed it in his interview with me, “a clear, viable, and sustainable alternative” for authors? 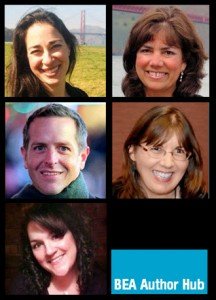 Network with these writers and other publishing players on the trade show floor. Basic membership includes your BEA badge, uPublishU Conference access, the New Title Showcase, BEA Show Planner, and Mobile App listings. Premium membership gives you a dedicated meeting table and chairs in the Hub and a BEA Autograph Signing session.

For info and registration, contact Fred Evanko: 203-840-5965 or fevanko@reedexpo.com