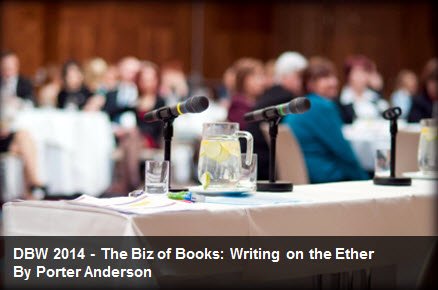 At some point during each year’s Digital Book World Conference & Expo (DBW), every one of us is probably tempted to stand up and ask the room, “Yes, but has anybody read a good book lately?”

Ironically, there may be more than 1,000 attendees there who, in fact, have read a good book lately. Maybe a whole lot of good books. Maybe a few not-so-good ones, too.

But that isn’t what’s on the table at DBW. And even as many in the author corps are beginning to wonder if we’ve let the digital disruption focus too much writerly attention on business matters—here’s agent Rachelle Gardner’s quick comment on last week’s Ether—the annual Digital Book World conclave is a moment for exactly such a concentration.

That’s hardly because DBW is doing anything wrong. DBW’s business is the business. That’s its mandate. This is where the industry! the industry! gets together to be just that! just that!

And DBW’s producers at F+W Media may take the mission even more seriously than usual next week: this DBW takes place in a winter without a Tools of Change (TOC) conference from O’Reilly Media.

The two great US industry ice-time events (preceding the late spring’s BookExpo America trade show and conferences) had become perceived as rivals, although they were quite different in their tones and approaches to the impact and potential of the digital dynamic in publishing.

I've gone from being gutted about missing #dbw14 to being pretty smug that I'm staying in the warmth of the UK!

As DBW has moved to capitalize on its survivor status since O’Reilly Media closed TOC, one of the first headliners announced was Tim O’Reilly, himself, who’ll be onstage on Tuesday morning (10:40 a.m. ET) with a presentation titled “The Real Book Revolution is Just Beginning.”

And if you haven’t followed along in the past as one or both of these large gatherings sat down in Midtown Manhattan, I recommend you keep an eye on this one.

For the socially mediated: Be sure to watch the widest array of tweets hashing #DBW14 you can: there are things to be learned, especially in who tweets and who doesn’t. Many publishing executives still don’t have active Twitter accounts, despite the now-accepted understanding that direct communication with the readership is a new fact of digital life.

Does it make me (more of a) Philistine if I don't want any wearable tech?

There are times at the conference when executives onstage will be busily discussed in real time by the DBW attendees—and by the vast publishing tweeterie in many countries—and those executives, themselves, will not be aware of the debate raging around and about them. Think about that.

Enjoying a fine Sauvignon Blanc while refining my #dbw14 workshop slides and fighting off a cat who wants to steal my chips.

In recent years, conferences and trade shows have added pre-event activities, expanding their offerings and audiences. DBW14 has become a model of this approach.

The actual conference is on Tuesday and Wednesday, January 14 and 15.

– Making Information Pay for Higher Education, a daylong co-location to the Sheraton of the Book Industry Study Group’s (BISG) conference

– A series of workshops that include:

– And more workshops later in the day

(This is event is open to the public—you don’t have to be registered for DBW14. Its $75 ticket benefits the Goddard Riverside Community Center.)

On the whole, DBW’s pre-conference Monday now has become a day packed with more events and expert input than many entire official conferences feature, and this is before the “real” DBW even gets under way.

So I'm one of "6 esteemed publishing professionals from around the world" #dbw14 quite exciting! http://t.co/kqzW9q7qq5

When the DBW Plenary Convenes

As with so many things this time of year, Mike Shatzkin’s programming tends to place a lot of emphasis on prediction. Here is the schedule.

Immediately after his own opener on Tuesday (8:35 a.m. ET), “The Past, Present, and Future of the Publishing Industry,” Shatzkin has scheduled his traditional CEO Roundtable, led by Publishers Lunch’s Michael Cader with F+W’s David Nussbaum, Tim O’Reilly ahead of his own talk, Simon & Schuster’s Carolyn Reidy, and Sourcebooks’ Dominique Raccah. Their topic: “The Executive’s View of the Future.” It’s probably a surer bet that we can look at what has gone before us. And for that, there are sessions such as: 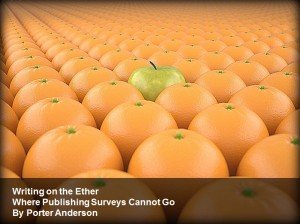 (That last one, the report from DBW’s sister vertical WD has drawn new heat from the author community for the way it develops statistics purportedly on author earnings in the traditional, self-publishing, and “hybrid” realms—a problem not of bad intentions, mind you, but of inadequate data inaccurately expressed. For more on that controversy, led by author Hugh Howey, see our coverage here in Writing on the Ether: Where Publishing Surveys Cannot Go. )

Queens College CUNY Sociology Prof. Dana Beth Weinberg follows Sexton on the topic of the survey in a talk titled “Should Traditional Publishers Feel Threatened by the Potential of Self-Publishing?” (10:45 a.m. ET)

In a new article for DBW, 2014 Author Survey: Indie Authors and Others Prefer Traditional Publishing…Slightly, Weinberg very carefully acknowledges that the survey sample is self-selecting:

The survey sample is a non-scientific sample, since it is voluntary rather than a random sample. The authors, most of whom responded after receiving a notification from Writer’s Digest about the survey, may not be representative of the population of authors.

Both Weinberg and others with DBW have been careful to note the limitations of the survey’s scope and rigor, in their admirable effort to gather the kind of data so severely lacking around the author experience in publishing today.

It’s interesting to find Weinberg reporting that writers who responded to calls to complete the survey (a big pool of 9,210) reported that they were, for the most part, not yet published (5,972). Self-published authors responding, Weinberg writes, numbered 1,636; traditionally published authors accounted for 774 responses; “hybrids” who publish both ways, numbered only 598.

While Weinberg clarifies that the respondents’ input “did not represent a clear win for traditional publishers,” she finds that “relatively few authors indicated that self-publishing would be their first choice for how to publish their next book, but neither were most authors set exclusively on taking a traditional publishing route.”

Weinberg also notes that a written survey report will be released during the conference.

And of special interest on Tuesday afternoon: Twinned sesssions crafted by Shatzkin to follow up on his and Peter McCarthy’s study of marketing in the digital age and, especially, of publishing’s frequently uneasy relationships with its start-up community.

Tuesday ends with a revamped delivery of the renamed Digital Book Awards, this year with Rainbow Reading’s LeVarBurton hosting the announcements of prizes determined by Anne Kostick’s jury of experts.

The program has been moved to the evening (from an original lunchtime spot) and includes a plated dinner and a rich roster of nominees.

So apparently getting a Cronut is quite the process – I will be live tweeting my attempts next week. http://t.co/VzYlbF2a9v #DBW14 #Cronut 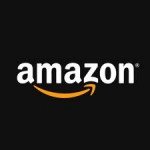 Amid many other high points, one to watch for is Wednesday morning’s Amazon focus. This, clearly, is a logical offshoot of Shatzkin’s very interesting drawing a line in his recent essay, Nine places to look in 2014 to predict the future of publishing. In that piece, he writes:

It has been happening quietly but it has been happening: we increasingly have two separately-operating book businesses: Amazon’s and everybody else’s. This starts with the numbering system: Amazon uses its own ASINs, rather than depending on everybody else’s ISBNs. It extends to the titles available: Amazon has an untold number, but certainly hundreds of thousands, that it either publishes exclusively or which authors or small presses publish exclusively through them. And it has service offerings from Kindle Owners Lending Library to its recent Matchbook offer to pair ebook and print sales, which range from “extremely difficult” to “impossible” for any other publisher-retailer combination to match. How far can this go? Can Amazon create a closed world which is more profitable for an author or publisher than the whole world that includes everybody else? Or have they already?

To look at this Amazonian basin—vs. everybody else’s—Shatzkin has  a string of events led by journalist and author Brad Stone, speaking as he did at The Bookseller’s TheFutureBook Conference, from his book, The Everything Store: Jeff Bezos and the Age of Amazon. (8:35 a.m. ET)

Stone, whose talk is dubbed “Amazon’s ‘Everything’ Strategy” (and my olive oil sprayer is being delivered today) is followed by Enders analyst Benedict Evans, who titles his talk a brisk “Deconstructing Amazon.” (8:50 a.m. ET)

And the three speakers then gather with Shatzkin for a group talk with that predictive slant again, of course: “The Future of Amazon and the Publishing Business.” (9:15 a.m. ET)

Speaking of business—and does the man ever speak of anything else?—CNBC’s Jim Cramer is due onstage at 11 a.m. ET Wednesday with a 15-minute presentation, “Mad Moneys Jim Cramer Reports on the Investment Prospects for the Publishing Industry.” Send Kleenex.

And an Amazonian tack returns at 11:25 a.m ET when GigaOm’s Laura Hazard Owen leads a Q&A with Stone, Esposito, and Evans.

Near the end of the conference on Wednesday, two of the most telling presentation titles appear on the schedule.

Sourcebooks’ founding CEO Dominique Raccah—named Most Inspiring Digital Person in Publishing at November’s FutureBook in London—gives a talk based in her own experiences titled “Rethinking Failure: Finding the Opportunities in Our Challenges.” (4:20 p.m.)

Now, that title is intriguing because many publishers have said they were never out of the driver’s seat. Maybe changing gears, yes, but not steering things?

Or are we still in predictive mode? And if we are, then who is getting into that commanding position that publishers, we must assume, want to re-inhabit? I’ll give you three guesses and the first two don’t count. But I wonder if that’s what our good colleague MacInnis is going to talk about.

Should be interesting, huh? Keep an eye on us.