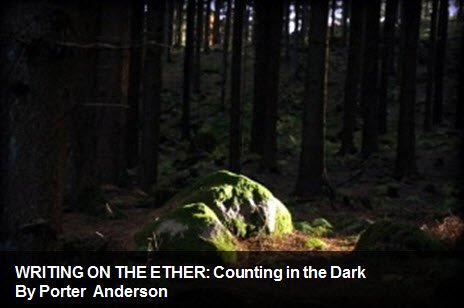 Can’t See It for the Trees

Nearly everything we know about the ebook world is based on publishers’ financial statements, analyses of relative movements of titles on various ebook bestseller charts, or consumer surveys. We know something, but not enough.

In explaining the rationale behind The Bookseller’s new UK monthly ebook rankings, which are to appear for the first time tomorrow (Friday, August 2), Philip Jones is discussing how the industry! the industry! has developed strong views of the print market through Nielsen BookScan but nothing nearly as good for ebooks.

In Ranking ebook sales at The FutureBook, he writes:

The ebook market has grown to near 30% some trade publishers’ business but there is no third party monitor of it, or its “behaviour”.

And in the States?

In the US, where the ebook market is bigger, the data sources are no better. The New York Times and the Wall Street Journal both run ebook charts (the latter supplied by Nielsen BookScan, and based on sales from Amazon.com, Barnes and Noble, Apple, Google, Sony and more with Kobo joining the panel shortly), but without numbers.

Digital Book World’s weekly ebook bestseller charts are based on sales rankings at ebook retail sites, weighted for market share and a number of other variables…The Association of American Publishers also produces monthly data about US publishers’ sales known as Stat Shot, which is then rolled up into an annual BookStats report, done with the Book Industry Study Group.

Not surprisingly, in the knee-jerk, gatekeeper!-stoning context of some obeservers’ perpetual wrath, The Bookseller’s efforts aren’t enough, even at the very outset, and never will be, no matter what’s added or changed.

I’ve seen comments proclaiming that The Bookseller is limiting its new ranking to only the major UK publishers. This is not true, of course. Here is what Jones is saying, emphasis mine:

The publishers in the launch panel are Penguin Random House, Hachette, HarperCollins, Pan Macmillan, Bloomsbury, and Simon & Schuster. All have previously supplied ebook sales data to our annual and quarterly reviews, so we are confident both that they have the systems in place to interrogate the data they receive from retailers, but also that they can get it to us each month at around the same time. Beyond these founding six, we expect to grow the panel quickly: so far we’ve added Canongate and Faber, and more will follow for the July chart.

Watch for the next tweet railing that it’s just the majors.

And (get ready to crawl under the sofa), what about self-published books?

I’m done with humanity. Throwing my lot in with the raccoons.

How to Get Self-Published eBook Sales In?

Jones is making the responsible point that he and his team are calling this new monthly view a “ranking,” not a “chart,” because it’s self-reported. Participating publishers of ebooks are providing sales data to The Bookseller for this one, and “we will be reliant on their honesty when supplying the data,” Jones writes. 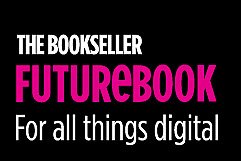 That very element, however, makes it harder, not easier, for the company to collect data on self-publishers. Shall we have each self-publisher ring up The Bookseller offices each month? Hello, Phil? Yeah, it’s Gladys. Fine, thanks. I sold 632 copies this month. And tell Lisa Campbell I like her Twitter handle. Right. Okay, bye. In fact, because this ranking-not-chart is self-reported by publishers, we’re mercifully able to step around the problem of self-publishers who don’t want to use ISBNs on their ebooks so that research people—stinking gatekeepers!—can “see” and incorporate those authors’ creativity in efforts to quantify and understand our changing business.

Corned beef hash and sunny side up eggs at #BloodyMaryBrunch today. Mrs Linn and I talked about you. You, too.

But even with the ISBN brawl going on in a separate room, we haven’t fixed the dilemma of how to include data from non-aligned entrepreneurial authors whose ebooks would be super to count but…is that Gladys No. 6,422 on the phone now?

I’ll just hide behind Jones on this one. W’hat he said:

The panel of contributing publishers will never be wide enough to satisfy everyone. We’ll look to include all publishers we can do, including over-time self-publishers and ebook only companies, though we’ll need to be careful each time to make sure their data is as robust as that of the big publishers (we’ve already begun talking to the Alliance of Independent Authors [ALLi] about whether/how we can begin to collate indie author ebook sales).

Here in Jones’ shadow, I know, as you do, that all self-publishing authors in the UK are not members of ALLi. And even the alliance’s tireless Orna Ross may be no more able than The Bookseller’s staff to tot up its members’ sales each month in an accurate way. All of this is going to need—quick, back under the couch—patience; something not always in deep supply in the industry! the industry!

What The Bookseller is going to offer is a new view of reported sales in the UK of ebooks, at least with a widening group of publishers reporting at the outset and, possibly, numbers from self-publishers to come. As is rightly implied in the way Jones is writing this, it’s a view, not the view. And considering that no one is trying to pull any wool over your eyes (Howey’s or otherwise) and claim that the ranking is anything but what it is, it can be welcomed as what it is and we’ll learn what we can from it.

That should have been “Standing Brovation”

The ranking shows how 17 years on from BookTrack [a forerunner of BookScan], UK publishing can still innovate. We will be the first place to introduce an ebook ranking with publicly visible sales data anywhere in the world. I’m grateful to the publishers I spoke to in the planning of this, who were generous with their time, and positive with their feedback. No-one said no. And every publisher I spoke to wanted the same thing: an understanding of the new frontier. This begins that, but it is by no means the end of the process.

And since Jones has mentioned “understanding the new frontier”—and since that’s what motivates many who are simply trying to get a picture of the burgeoning ebook phenomenon, not stinking gatekeeping!—let’s turn to another worrisome part of our limited sight into this part of the field. Back to Table of Contents

And Has Literature Checked Out of the Library?

The rapid development of online publishing has been a boon for advancing access to literature and science. At the same time, it portends a dramatic lessening of the currently-legislated ability for national libraries with preservation and access mandates to record and store national and world literatures.

Peter Brantley of hypothes.is (here’s a video about that non-profit) writes Preserving Less of the World’s Literature at Publishers Weekly’s PWxyz blogs as a follow to his wider-ranging piece, The Unpackaged Book for the American Libraries Association (ALA). In that earlier piece for the ALA, he describes what is also the basic tenet of the Books in Browsers conference he produces in San Francisco with the Internet Archive and other entities:

eBooks of the future will be represented as websites; mini-mags that present serial narratives; and as geo-aware encounters that appear in our augmented reality (AR) glasses as we wander around our cities. These will not be things that libraries buy or license from OverDrive; they won’t get checked out on Kindles; nor will they disappear in two weeks. These will be stories, lessons, and entertainment that cross media thresholds with an alacrity never before seen, and libraries will be able to “collect” such materials only with as much ease as they might collect the web. These materials will not be available for borrowing as we understand that term.

Now, in his new column at Publishers Weekly, Brantley is talking about the new routes to publication that, through nobody’s fault, can mean that material is circumventing the normal paths it might have taken in the past to libraries. He writes:

Independently published literature has been the most obvious. More and more material has not only bypassed established houses, like Hachette or HarperCollins, but also bypassed the traditional distributors, like Ingram or Baker & Taylor. That’s not to say that the business operations of the Big 5 publishers are shrinking – just that the number of options available to authors is growing.

With those growing numbers of options come more pathways around the repository-of-record function of national libraries.

What the rise of self-publishing means is that increasingly retailers are the only ones that have access to an ebook. That’s important for the Library of Congress because there is no established relationship with ebook retailers.

The mechanism, Brantley writes, by which national libraries acquire their holdings hasn’t been replicated in the etailer environment:

[The libraries] historically acquired, or received many books for deposit into the collection (as once for copyright registration purposes), directly from publishers, or via established distributors on their behalf. The status of Library of Congress’ business relationships with Amazon or Barnes & Noble, for example, have not caught up to the prevalence of publishing patterns in the United States, much less for national libraries which might seek acquisition of the same literature. That’s a problem, because it means that a useful segment of literature is presently dark within the Library of Congress; a darkness that might require legislative intervention to propitiate a new mechanism for acquisition and access.

This is a helpful, if disturbing write from Brantley, making it clear that some important cultural tasks are being short-circuited in the uprush of digital publishing—again, not because of some horrible corporate mischief or the actions of stinking gatekeepers! but because the technologies that enable ebook publication simply don’t tie it into standard traditions of literature collection and storage. The problem goes beyond ebooks, Brantley writes:

Even more telling, the rise of private platforms, including Medium, The Atavist, and Random House Canada’s Hazlitt, point to a new form of web-based “shorts” publishing in both fiction and non-fiction forms that treads water between digital books, magazines, and web sites. This is increasingly very high quality literature, most of which is wholly inaccessible through standard acquisition practices.

(Mmmm, I have apparently NOT set up a workshop on wombats, which would obviously be called “Wombat Workshop.” Need to rectify that….) — Ginger Clark (@Ginger_Clark) July 31, 2013

Brantley sees the issue as one to be addressed at the regulatory level:

If legislative bodies such as the U.S. Congress are truly interested in ensuring that the scientific and literary output of the United States and other societies around the globe is available both to government and to the nations they serve, then they must make sure that the national libraries are enabled in both staffing and rules-making to make it possible.

Sidewalks were clogged with iPhone zombies today. They walk so slowly, mesmerized by their phones. They’ll walk into you if you don’t dodge.