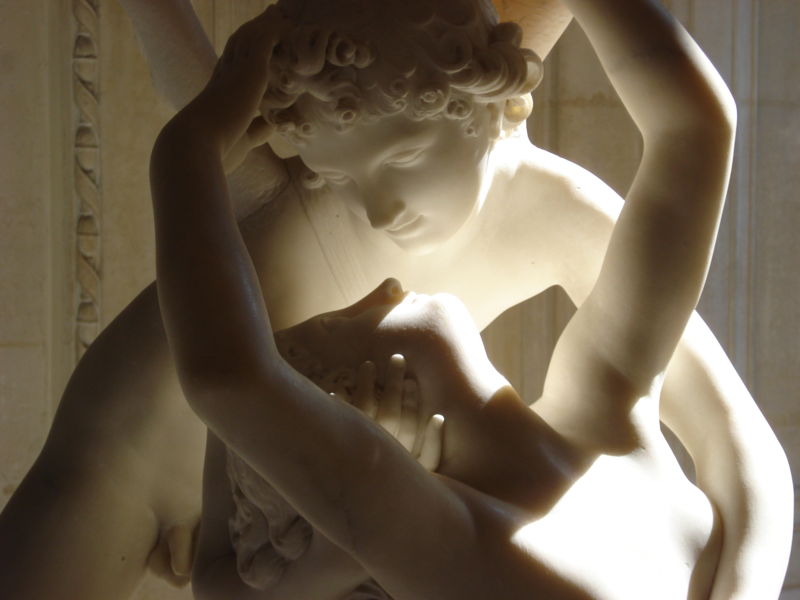 One of the hardest scenes to successfully write is the love scene. In your mind you may picture a moving, romantic interlude, but down on paper, you find it reads like melodrama—or worse. This can spell disaster for your novel, particularly if the entire book is building to this scene and it needs to be stupendous to carry the story.

In my work as a book editor and writing coach, I see a lot of limping love scenes. Some of the problems are those of amateur fiction writing in general: too many clutter words, repetition of details, and inconsistent spatial narration (one minute he’s holding her hand and the next minute he takes her hand, for example).

Clichés are another problem, and they really stand out in a love scene. Lines like “kisses away the tears, tasting their salt,” or “she was surprised by the sweetness of his kiss,” or “I think about you day and night” can spoil a tender moment with their staleness.

Chauvinism is another common problem—along with what I call “slutification.” Lines like “there was still so much about her that was pure and innocent” may offend women readers, as will oversexed descriptions of the heroine.

But the greatest flaw I commonly see in love scenes written by aspiring novelists is the flaw of excess. For a love scene to move readers, it must embody the principle of restraint—in dialogue, in description, and in the characters’ actions.

A Lesson from the Victorians

Ever wonder why Victorian novels are so popular? We live in an age of hook-ups and friends with benefits, where romance and sex are about as complicated as kicking off your shoes. The Victorians, by contrast, lived in an age of restraint, where considerable flirtation, intrigue, wooing, and resistance were part of the mating ritual. There was tension and intensity in old-fashioned courtship, and that is the stuff of which great fiction is made.

Your writing teacher called that tension “conflict.” Interesting fiction is built on conflict. Unless a scene has tension, it dies on the vine. It puts us to sleep. But a scene that has two forces pulling in opposite directions mesmerizes us. We don’t know what’s going to happen, or who is going to win. The tension is taut like a fisherman’s line with a forty-pounder tugging on the end. In a love scene, this translates to tension between boy and girl, between felt love and forbidden or impossible expression, between what the characters want and what they can have. Restraint and tension are the name of the game. Make it too easy for your characters, and your love scene will hold as much power as a deflated balloon.

One of the best examples I know of the power of restraint in a love story is Emma Thompson’s film version of Jane Austin’s classic Sense and Sensibility. Eleanor and Edward are so determined to do the right thing in spite of the cost to themselves personally, that every time they meet, their words are charged with subtext and power. The greatest power is in what they don’t say, in what they hold back. In the end, when Edward is free to speak of his love, Eleanor bursts into uncontrollable sobs at his declaration. It is one of the most moving moments in cinematic history—not because of what gets said, but because of all the feelings that did not get said, that the characters and the audience carry within them and feel building throughout the narrative. When I first saw that scene in a theater, I had to cover my mouth with my hand to keep from breaking into a sob myself. There is nothing casual about Victorian or Edwardian love, nothing easy or taken for granted. And it is that intensity, built by restraint, that makes for a powerful love story—and the powerful scenes that chain together to create it.

The Secrets of Writing with Romantic Restraint

So how do you write a love story or love scene that incorporates the secrets of restraint that Victorian authors used, while writing about people in modern times? Here’s the advice I give my clients.

Establish believable reasons for your characters to fall in love

Many amateur love stories fail because the author expects us to automatically understand why two individuals care about each other. Of course we know sexual attraction is part of it, but for a relationship to move us, you need to establish believable reasons for the pull the characters feel—something more timeless and tender than mere animal instinct. Think this through before you begin writing. The reason for their feelings must be credible and clear. If they aren’t, you build a weak foundation for the love story, and readers will have a “so what?” attitude toward the romance, instead of the gripping involvement you aim for. Think about your favorite love stories. What makes the two people start to care? What restraint must they practice, what problems must they overcome, on the journey to true love?

Give the characters something other than themselves to talk about together

One way to avoid the pitfall of writing schmaltzy dialogue is to give your lovers something important to discuss—a problem unrelated to their relationship that they must solve. In Sense and Sensibility, this happens when Edward is disenfranchised by his mother. Eleanor is asked by a benefactor to give Edward information that will help, so the two—who were avoiding each other—are forced to talk. The encounter is charged with unforgettable emotion and romantic tension.

In real life, people rarely say exactly what they feel, particularly when they feel vulnerable. They may mask emotions, speak insincerely, or skirt around what they mean and come at it sideways. Your story should reflect this human behavior. In love scenes, there should be plenty of hide-and-seek. In the climax scene, the lovers’ true feelings will emerge, but even then the power is more in what they hold back than in what they say. Life’s deepest feelings can never fully be put into words. Attempting to spell it all out cheapens the sacredness—the profundity—of the emotion. The principle “less is more” applies in love-scene writing perhaps more than anywhere else. Apply restraint in what your lovers say, or risk writing maudlin dialogue.

Often new authors are so determined to communicate passion in their love scene that they pad it with overdone description, usually in the form of too many adjectives and adverbs. Rather than “a slight tremor of nervousness in his voice,” just say “a tremor in his voice.” Instead of “looking into his honest, deep-blue eyes that were brimming with unspoken, immortal love,” just write “looking into his honest, blue eyes, full of unspoken love.” Overdo the description and you lose the restraint: the writing starts to sound sappy. Not only must your characters demonstrate restraint in their dialogue with each other, but you, as narrator, must be restrained in your descriptions. Let the significance of the scene be borne by what we know of the characters, their situation, and their past, rather than by overuse of descriptors. Just as in real life too many words spoil the most important moments, so it is in fiction.

The best love scenes often incorporate an element of the cosmic, extending the character’s personal experience to a sense of connectedness with the universe. In life’s most exalted moments, people often report feeling oneness with something greater than themselves, or with all creation. Think about incorporating that sort of cosmic awareness into what your point-of-view character feels.

Examples of “getting cosmic”: “She felt as if they had kissed here long ago, beside this brook,” … “He felt the kiss expanded beyond their bodies, whirling them round, swirling them into the stars.”

Romance happens in the space between attraction and fulfillment. The longer you spread out that space, the more romantic your scene or your story becomes. Just as in real life, sex disappoints without a sufficient prelude, a love scene disappoints if it slams the characters together without enough romance leading to their union. Give your characters a believable reason to fall in love, and slowly build to that long-awaited kiss. Delay the fulfillment to deepen it.

Poet John Keats wrote a famous poem about a Grecian urn that depicted two lovers in the moment before their kiss. Their bliss would never be achieved, he said, but their love would exist through the ages, their longing preserved forever in that piece of art. That is the spirit of romance. Delay the sex. Delay the kiss.

If you’ve written a love scene you know doesn’t work, go back and review it with these points in mind. Experiment to see how it reads when you apply them. If you like the results, incorporate them into your story.

And one last tip: think about novels you’ve read that have memorable love scenes. Reread those passages. Do you find these principles expressed there? What else do you notice the author doing that makes those scenes a success? Take note and apply what you find in your own writing, and you’ll be on your way to creating fictional love relationships that move your readers to the core.