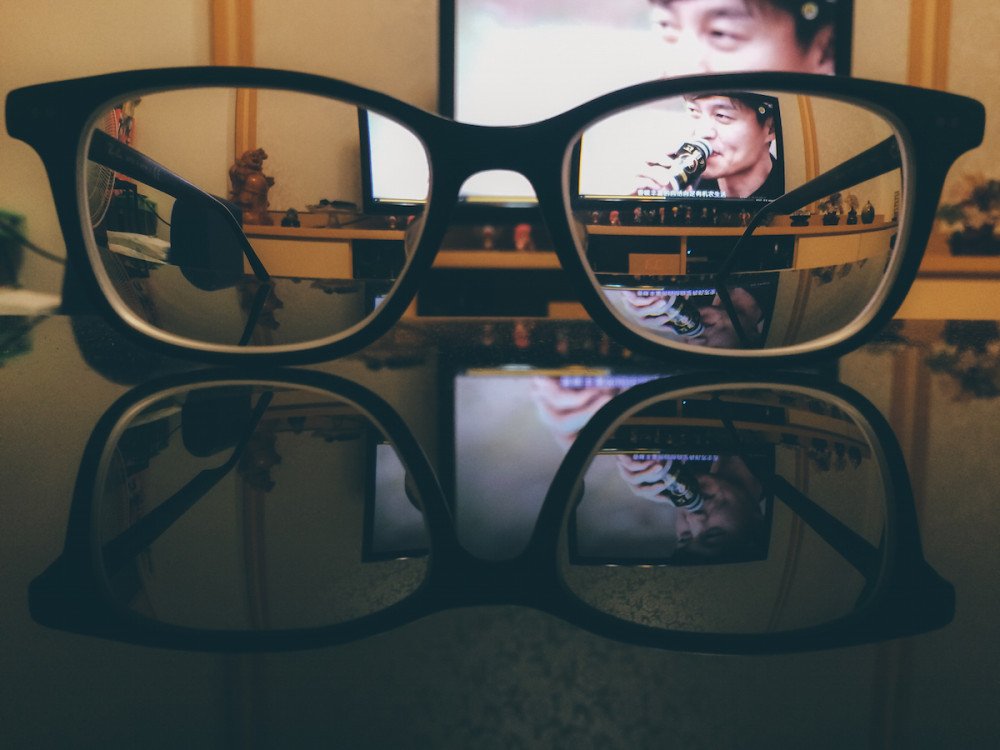 Note from Jane: Today’s guest post is by Greg White (@eatgregeat), a TV industry vet who contacted me more than a year ago about the editing and publishing of his memoir, The Pink Marine. This month, he celebrates the launch of that book, and I invited him to offer some insight into the differences between writing for the page and writing for the (small) screen.

I’m a new author but an old writer. I have a TV writing background, so I thought all of my sitcom experience would translate into the literary world.

Wrong. It’s like using my Spanish to find a restaurant in France. I eat; but I don’t recognize everything on my plate.

I wanted to write my Marine Corps bootcamp story as a book. How hard could it be? I dove in and typed “Chapter One” instead of “Fade In.”

As I moved past the first draft The Pink Marine, and into the business part of the book process, I called my TV agent. I needed his business guidance, contacts—his muscle. I went on and on for five minutes about how thrilled he must be to bring my book to market.

Turns out “It’s your lucky day, I’m finally writing that book!” sounds to a TV agent like the teacher on the TV show Peanuts.

Thankfully, I have that Marine Corps thing that I call into action. I made a plan, found Jane Friedman and she got me speaking the right language. And I continue to write sitcoms as well as cook on television (and write those scripts) while I work on my next book.

I still have gobs to learn about the book world, but I’d love to share a few bits about the TV genre. I wrote for Norman Lear (don’t worry, as a Marine, I’m strong enough to pick up any name I drop). He once stopped me in the hall; I’m guessing he smelled my newness.

“There’s room enough in this business for everyone,” he said.

He’s right. It’s not easy to find that room. If it were, imagine the crowd.

Great! Wait, not so fast.

Study the type of show to which you feel most connected. Pay attention to what happens the moment before a commercial—and there are still Act Breaks on ad-free networks like Netflix and Amazon shows, #thankyouShakespeare.

Listen to the characters.

I recommend Friends. It’s not only funny, but also the writers served six main characters. Notice if Monica enters a room that’s on fire, she reacts only with the words available to her based on her background, education, and experience. Now let Phoebe walk in that burning room and you’ll hear an entirely different speech. And Ross? We all know he won’t even go in the room.

Point is, like in your novel, your characters can’t sound the same. They’re not you, yet you have to get inside their imaginary minds and be them.

Rome the miniseries wasn’t written in a day. Once you can guess the character’s next move—and you’re ruining television watching for anyone in the room with you—you’re ready to write a spec script. There are two types: one of an existing show, and one of a show you create.

Write a script for an existing show.

Kind of like an audition, you’ll write a script for a show already in progress. Yep, in order to be considered to write on any show, producers must see that you can copy someone else. Not just mimic—be better, be clever, be great. A voice that “gets it.” Gandhi preached “be the change,” but the Marines taught me to “fit the mold.” I don’t have to tell you who wins in a Gandhi/Marine battle. (Note to self: write that script.)

Hollywood’s all about appearances. Search a site like Simply Scripts and legally download one from the show you plan to emulate. Type your pages as they do. Some have Scene A, B, C, etc. Others list them by 1, 2, 3. How many act breaks? How many pages are they? Yours must look exactly like that. Am I saying that TV executives aren’t very intelligent? Not the ones reading this. #letsdolunch

Act One, Act Two, sometimes Act Three, then Fade Out. Many shows are now filmed; therefore they look like a movie script where there’s a new scene with any time or location change.

Here’s a sample of a single-camera filmed script scene. Notice that you write with a greater economy of words in a script. In a book, you can use a hundred words to describe how the color green makes you feel, but in script, paint the scene quickly and then get your characters talking. It’s okay to write entertaining stage directions but always put clever words in your character’s mouths. They need to spit out gold nuggets.

Gandhi and a Marine wrestle. Twenty other Marines are crowded around. Mother Teresa is in the corner taking bets. It’s not going well for Gandhi.

GHANDI
I wish you peace, brother.

MARINE
I wish I could quit you.

Old people cussing is comedy gold. Along the way I’ve learned a few other rules, brief enough to embroider on a pillow:

Of course you’re also free to create your own show and write the pilot episode. They say there are only six great ideas, so go for it. Your own life is probably a sitcom or a drama right? I bet you work with a bunch of characters. That’s how shows happen. And it can happen to you. But before the hijinks commence …

Why your show? Those TV execs I spoke of don’t have all day. Shape your idea into an “elevator pitch.” You enter with eight Warner Brothers suits. You’re already going down—you get six floors to lift them up with your fascinating tale. When you hit the lobby, you don’t want them to change the channel.

My book is optioned for television. The producers go out with this pitch: The Pink Marine is Orange Is The New Black meets Private Benjamin.

Were I pitching Pride and Prejudice: Sex in the City meets Downton Abbey.

In addition to the pilot script, your situation must have storylines that are sustainable for at least four years. That’s the number of seasons that produced shows hit syndication and pay dirt for all. Those mink-lined indoor swimming pools don’t pay for themselves after one episode.

Tell us what happens in episode two. And then? After that? You’ll boast of wild plot twists in year two. And bizarre stuff in year three. Guess who dies at the end. Oh wow—I have to watch that show!

About the business side …

Today’s writing staffs are smaller. Gone are the days where Roseanne had thirty-two writers. She issued football jerseys and called for a joke, “You, #28, what’s a funnier word for orange?” #28 replied, “Kumquat” because “k” sounds are funnier in television dialogue (see rumaki, kabob, kaboom).

Hours are long and you might be in the same room with these weirdoes, so as in any job interview you have to be someone they want to spend fourteen hours a day with. (BTW, a script doesn’t get funnier at 4 a.m., just more weird.)

Read Variety and Deadline every day. They’re free and you must know who the players are. Yes you do have time; get off Facebook (unless you’re following my EatGregEat page).

If you’re still turned on by the idea of television writing, I’m sure you’ve heard it’s a humbling business. Remember how I told you that The Pink Marine is optioned as a TV series? I’m not an executive producer/showrunner level writer, so I probably won’t get to adapt the book.*

Look, I had no idea what I was doing when I enlisted in the U.S. Marine Corps. But I reached the rank of Sergeant. If I can become a U.S. Marine, you can write for television. 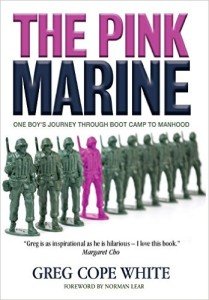 I wish everyone success. Television is a good medium for writers to find work. If you’re not in Los Angeles, you can still start the process. Write your spec scripts, send queries to agents, take an online course from UCLA. And be a shameless self-promoter—you probably don’t even realize that I plug myself all the time on Twitter and Instagram and in case I forgot to mention it, I have a book you should buy.

Don’t give up. And never ever ever listen to anyone that says too much TV is bad for you.

* In case my agent reads this, please know that I am totally up for that job.

Author, television writer, blogger, world traveler, actor, and inveterate bon vivant Greg White is also a former sergeant in the U.S. Marine Corps. He’s a bi-coastal, polo-playing, sixth-generation Texan with a voracious appetite for life. He contributes to The Huffington Post and The Good Men Project. He served six years in the Marines. His book, The Pink Marine, is optioned for television. He cooks on television, and you can watch him on Cooking Channel’s food and travel show Unique Sweets.