I had beyond-exciting fantasy plans for my latest novel, The Age of the Child, and first among them was that it would not be self-published.

I’ve self-published before. My first novel, Pretty Much True, received agent praise but no takers. As it was explained over the phone by one praising, but non-taking, agent—and by another who said essentially the same thing in a very nice email—the book was literary and I was an unknown. “So hard to market in this climate,” they said. It was because of the agents’ praise that I felt safe to self-publish.

I didn’t try for an agent with my second novel, The Year of Dan Palace, because I’d been disillusioned about the traditional publishing business. (More on that later.) Between the disillusionment period and the completion of The Age of the Child, however, four long years had passed. I’d forgotten the turmoil and was ready to try again.

The fantasy evolved as I wrote and rewrote my query: The book would, first, be Published (capital “P”). It would, consequently, see limitless success. It would make lists. Lists. It would be reviewed in People magazine and the New York Times. One day, I’d wake up to an email from my Editor (capital “E”) telling me—in much the same way Richard Bach found out about the success of Jonathan Livingston Seagull—that The Age of the Child was selling out. Readers were going crazy for it. I was, in fact, rich!

It would be made into a movie. (Of course.)

These are all normal fantasies, I’m sure. But I only really believed one of them. I really, truly believed The Age of the Child would be Published. Not only was it timely, but it wasn’t overtly literary—nor was it likely to be misconstrued as esoteric (as Pretty Much True often was).

“If this one doesn’t make it,” I told my husband over cold beers on a hot summer deck, “then I don’t know what I can write that will.”

If this one doesn’t make it, I told him, I might be unmanageably devastated for a little while.

“Making it,” even just once, was mandatory.

I was first introduced to what it meant to have the “right” approval in an undergraduate literature class. The instructor was discussing the difference between literary and commercial fiction, and I remember that I was annoyed by what I perceived as her high snobbery of elevating one style of fiction over another. (If Nathaniel Hawthorne’s heavy-handed symbolism was “literary,” I thought, I’d take commercial. I’ve since learned that in addition to a complex algorithm measuring sparseness, inventiveness of style, and the plot-to-character ratio, in what way breasts are described—and how long the author has been dead—has much to do with whether fiction qualifies as “literary.”)

The need for the “right” approval was further implied in creative writing workshops. Let me say first that I found the MFA program to be incredibly valuable, personally. While I don’t think any MFA program—no matter where in the Midwest it is located—entitles a writer to bragging rights, I do think it can be helpful for those who might otherwise lack the motivation to write something to completion. Paying tuition for time to do nothing but write can be inspiring. It’s also creatively energizing to sit in a room full of other writers who like to talk about writing. On a more professional level, the workshop environment introduces writers to critiques and criticisms alike and (ideally) trains them to know which comments to apply and which to ignore, and to seriously consider them all. But there’s also an underlying nod to the value of being Published.

Since workshops center around the short story, one’s target (should one desire to Publish) should be a literary journal (print!). It wasn’t stated, but understood. Just as it was understood, but not stated, that for anyone who hoped to have a novel read by the public, Publishing was the goal. Not self-publishing.

Which is why I really, really wanted The Age of the Child to be Published: so I could say, “See?” and pop my collar. “I’m legit. I’m validated.”

While sending out queries, I continued to entertain post-publication fantasies. However, they were increasingly overshadowed by nightmares. Nightmares made possible by real-life stories shared online by writers who’d had nightmare experiences in Publishing.

Fourteen years ago […] I listened to the advice of an editor and agent and turned down a very nice offer from Harpercollins for my second novel. The editor said he thought he could get me a better deal once the book was finished. […] My editor left before I finished the new book, and the new editor, who had no idea who I was, rejected the novel.[…] I finally got another chance to send [HarperCollins] a new novel […].I’ve been a nervous wreck wondering whether I will finally have a chance to redeem myself.

Friday I learned that no, I will not have that opportunity. […] I still feel incredibly fortunate to have five books published. And I will find a home for this one as well. But with a few exceptions, most of us are scrambling around like street urchins trying to find a few scraps. And eventually you realize that it’s probably what keeps you going. It’s motivation. But it’s sometimes hard on the old heart.

Essayist, journalist, and literary critic Anjali Enjeti writes in “Why I’m Still Trying to Get a Book Deal After 10 Years” (The Atlantic):

[A]fter 16 years of writing books and 10 years of failing to find a publisher, why do I keep trying? I ask myself this every day. […] Some of my resolve to get published stems from my ego. […] Another part of me craves having a visceral connection to an audience; it’s isolating to keep these stories to myself, to experience them alone. […]

Enjeti addresses the possibility of self-publishing, which she says:

… can be a popular and accessible option for writers who wish to bypass the traditional route altogether. But while there are some wild success stories in self-publishing […] I’ve yet to meet an author who felt their self-published literary novel or memoir generated enough sales to make up for the amount of time and money spent marketing them.

Enjeti goes on to tell the stories of other writers who have Publishing stories of woe:

In an interview I conducted with Cruel, Beautiful World author Caroline Leavitt, I asked her why she’d said she would put a (hypothetically) rejected manuscript in a drawer with so many options available.

“Because a lot of wonderful books sit in drawers,” she replied.

Too many good writers attempt or navigate the traditional route, and then give up on their books completely if, for example, the hard-to-find accepting agent quits, or the hard-to-find accepting editor at a publishing house leaves his or her job, killing the deal. “It’ll never happen for me, I guess,” the writers think, and they bury—forever!—the perfectly good manuscript in a computer, the file name an epitaph reading, “Traditional or Death.” I feel genuinely sad for the readers who might never get the opportunity to enjoy what each of those writers has to offer.

It also makes me feel anxious, rather than hopeful, to read a writer’s success story about finding a publisher after five, ten, fifteen years of trying. Do you know what can happen to a person in ten years? Death. And no one will read you if you die before you release your writing. That, I can tell you. Believe me.

I wondered after sending another query letter, was I so desperate for professional validation (not a motivating factor I’m assigning to anyone but myself) that I would wait a decade for someone to decide the timing was right, or that I’d finally written something they could connect with on a personal level and market easily?

There were other things to consider besides lifelong rejection or death-before-potential-acceptance. I could get an agent, and the agent could want me to change the novel into something completely different to make it more “marketable.”

I received a request like this from an agent I once had, the push to “write for the Editor” vs. “write the best story you can write”—not always the same if you have a strong, personal vision—which killed my writing mojo for two years while I was lost in a writer-identity crisis so powerful I almost gave up writing completely. This led to the self-publication of Dan Palace.

Another nightmare: I’d get a publisher, but they’d design a cover I hated (something pink).

I thought about the reasons I’d written The Age of the Child. Well, one reason, really. To reach readers. I thought about the above authors who would let their hard work—which they know is “good enough” according to the industry because someone in that industry said, “Yes, I’ll represent/publish you”—sit unread in a drawer.

I got angry. Why should I, why should any experienced writer, as Rowland so vividly painted it, scramble around “like street urchins trying to find a few scraps”?

“Self-publishing is for literary heroes and literary hacks alike, and probably always will be,” reads one Poets & Writers article on self-publishing.

This is not a word you see used in conversations about those who are Published. Isn’t the assessment—“for literary heroes and literary hacks”—also true of traditional publishing, though? (Tell me you haven’t read a Published book that made your eyes a little screwy.)

The same P&W article asserts, “Dreams of fame and fortune are the trademark of a writer ill prepared to self-publish.”

Well, okay, but are they not also the trademark of a writer ill prepared to Publish? Of the thousands of books in any Barnes & Noble, aren’t ten—maybe twenty—of the authors rich and famous thanks to the publication of their novels? (A former instructor of mine published with Little, Brown. He’s a beautiful writer. You probably haven’t heard of him.)

With all that in mind, I continued sending queries. I still really wanted to check that “Published” box just once. I also continued to ask myself, “But WHY?”

Published or self-published doesn’t determine the value of the writing, after all. The text of The Martian didn’t go from “Oy, nothin’ but crap from some hack thumbin’ his nose at the system!” as a self-published novel to “Genius! The writing is tremendous, truly tremendous, I say,” once it was Published.

“What about the marketing and money and future potential?” you ask.

That I’d make a living off the book was unlikely, because who knows what goes viral and why? That I’d get out of doing my own marketing was also unlikely.

Then, one day, I learned of a novel publishing next year that uses as its catalyst a scenario similar to my own catalyst. I was pretty sure that as vastly different as our stories and characters are, no agent, no publisher would accept my novel as it was, considering that scenario similarity.

It was over. I would have to self-publish. Again. 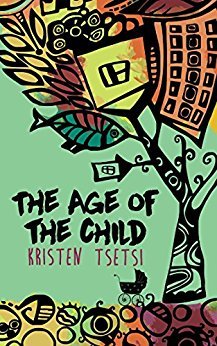 After thirty seconds of swearing, I discovered I wasn’t devastated.

Within a day, I’d chosen my book cover. It has a little bit of purple, but no pink.

* Russell Rowland has since shared on Facebook, “I have two finished novels, and thankfully I have kind, generous, talented friends in the world of ‘small’ publishing who are willing to help me get them out into the world.”