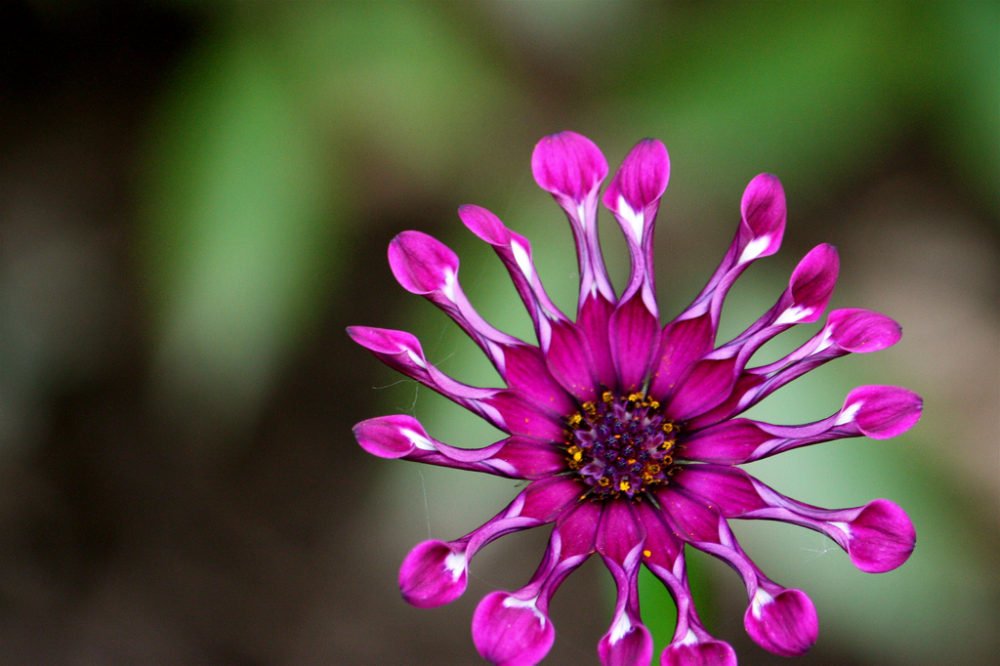 I’m not a fan of pop-ups. Like most of the Internet world, I find them at best a minor annoyance and at worst a reason to stop reading. I can’t recall a time that I ever signed up for someone’s email newsletter list as the result of a pop-up. I abandon sites when I’m assiduously and repeatedly begged to sign up for an email list. I also get extremely impatient when I’m entirely prevented from reaching someone’s homepage (or content) without first being asked to sign up for an email list—when I’m forcefully diverted to a full-on sales pitch for someone’s whatever-it-is. That always strikes me as incredibly presumptuous—shouldn’t I get to experience you or your content for at least a few seconds before you ask for my email address?

See, I’ve already digressed into how annoying these tactics are! I hope it demonstrates how reticent I’ve been, in all my years of running this site, to place any kind of pop-up that would interrupt the reader’s experience. While I know from experience and reading case studies that pop-ups work, I rarely like how they work. They feel like a trick or a betrayal of some kind. I always figure: If people really like me, then they’ll end up on my list. I only want truly devoted people.

I’ve begun to change my mind, however.

Earlier this year, I read this article on website pop-ups: How to Use Exit-Itent Popups to Grow Your Email List. It wasn’t exactly a disinterested post, as it was published by MailMunch, a service that specializes in, well, pop-ups.

But it was a really persuasive article because it shared concrete data that helped put at ease some of my anxieties about pop-ups—mainly, that they have more negative effects than positive. It showed that with an exit-intent pop-up (I’ll explain that in a moment), a site’s bounce rate remained the same. That means people weren’t leaving in higher numbers after the pop-up was added. Also, there were some pretty amazing stats on how effective the pop-ups were: one person found the pop-up drove 1375% more subscribers than a sign-up in the site sidebar. (The sidebar has been my default placement and still is for blog subscriptions.)

I was convinced it was time to try a pop-up myself. Here are the results.

In this graph, the light blue is my existing email subscriber list; the dark blue is the number of new subscribers added each month. I added the pop-up in March 2016. I had roughly 5,200 people on my list before I added the pop-up; now I have 12,000. That means I more than doubled my list size in less than six months. Furthermore, my newsletter unsubscribe rate has not increased, although the open rate is about 5 percent less than before. My website traffic remains steady (it’s even increased a bit), and the bounce rate remains the same as before.

Here are the key reasons why I’ve changed my attitude, at least partly, toward pop-ups.

1. I’ve customized the pop-up to be as minimally intrusive as possible.

Through the use of MailMunch, I’ve been able to finely tune and control exactly how the pop-up behaves. If I weren’t able to do this, I wouldn’t use one. Here’s what I’ve done so far.

MailMunch offers a variety of different behaviors and formats for your pop-up; you can make it even less intrusive by having it appear in the body of the content, in a top bar, or in a scroll box.

2. It was increasingly obvious that most visitors never saw my newsletter sign-up.

I say it again and again to other authors and publications: most people spend very little time at your site, they may never come back, and they need to be given clear calls to action.

But sometimes it’s hard to take your own advice, and I was taking the issue of reader devotion a bit too far, by thinking that someone really interested in my content will find the sign-up. Actually, no, they won’t. The simple fact is that most visitors are going to miss the majority of what’s on your site, for a million different reasons. But it doesn’t mean they’re not interested in what you have to offer, if it’s made clear and valuable to them—which brings us to our next point.

3. I have a strong call-to-action and something specific to offer.

My pop-up has a very clear value proposition that is geared toward the large majority of people who visit my site. This is what it looks like: 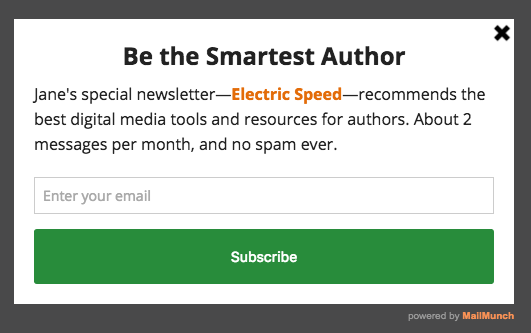 To be honest, though, I know I could do better if I added some customized visuals, as recommended here. But this quiet approach (at least as quiet as you can get with a pop-up) is more my style. I don’t like a lot of flash, and I don’t want people to feel like they’re already being sold before they enter their email address.

I thought it might be time to give myself permission for this one pop-up that can help me better build my email list, which is key for my business. This website and blog is at the heart of everything I do, and given the significant traffic that it attracts month after month, it would be strategically stupid of me not to build on that traffic in some way that provides a sustainable, business resource. And since I’m not interested in hosting ads, why not better advertise myself?

If you’re interested in adding a pop-up to your site, I highly recommend MailMunch. I’m still on their free plan, but they also have more advanced, paid plans. There’s lots of functionality than I haven’t even touched on, and so far I couldn’t be more pleased with the seamless and intuitive nature of their service.

Do you use pop-ups? What’s your experience been like? Let me know in the comments. And just in case you’re wondering, you can sign up for any of my newsletters here. 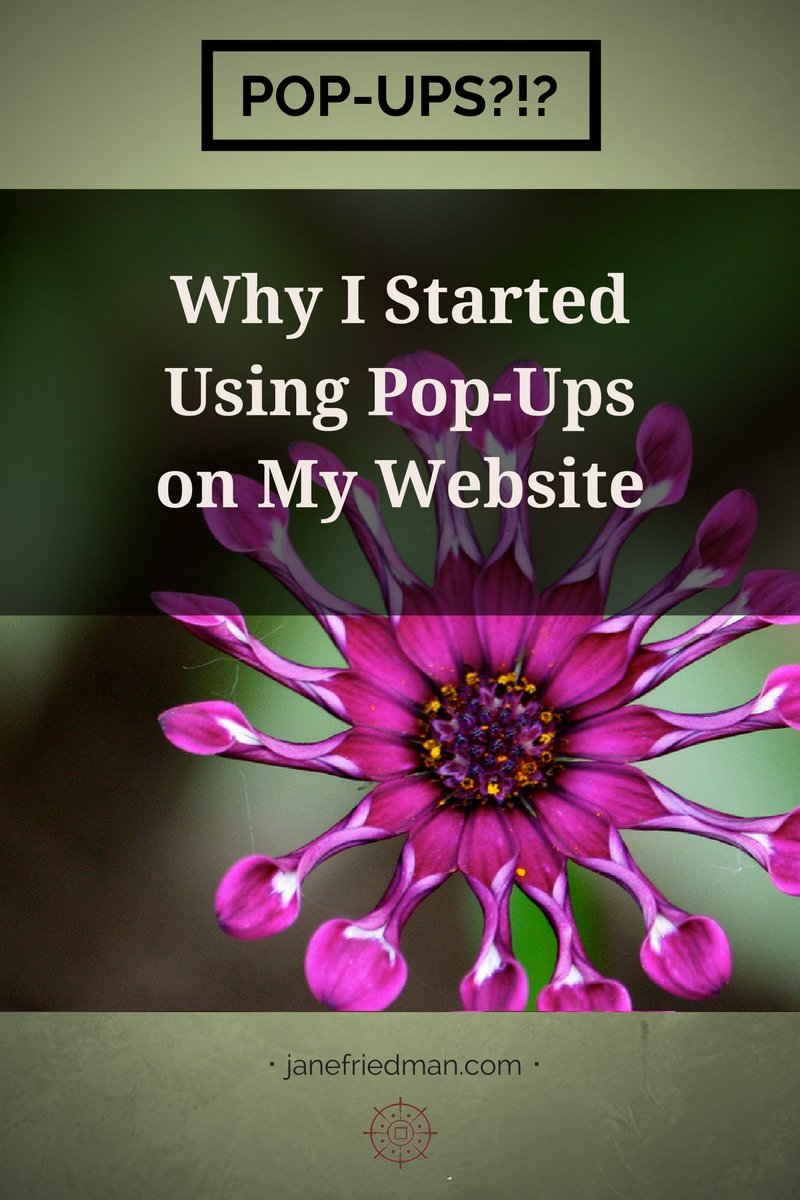