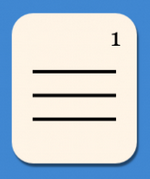 Today’s guest post is excerpted from Start Your Novel by author and teacher Darcy Pattison (@FictionNotes).

Editors can tell within a couple pages if a manuscript will be acceptable to them. How? What makes this decision so clear to an editor and so muddy to an author?

The first pages of a novel encapsulate much of the story and are extremely important in establishing setting, character, pace, audience, tone, and voice. First pages give readers a door knob to turn, an opening to the whole story. Editors are sophisticated, critical readers, and they immediately pick up on missteps such as the following.

Some pages leave the reader and editor alike confused. Where are we and what is going on? Perhaps the author tried to create a sense of mystery, but in the process held back too much information. Or the story has a naive narrator, but that point-of-view leaves the editor with too little information. This type of misstep means the editor puts down the book because they just don’t understand what is happening, or the importance of what is happening.

At the other end of the spectrum is too much backstory, description, flashbacks, or facts. An information dump may slow the pace and include too much, well, boring stuff. An editor only needs enough detail or background to understand the scene in progress. Editors can edit out the information dump, but they know that inappropriate exposition in the first pages will likely carry over into the rest of the book.

Some manuscripts open with description, interior thoughts of characters, or first-person musings that continue for the entire first chapter. The opening scene is missing. These manuscripts tend to lose an editor’s attention because nothing is happening.

Successful manuscripts are well-balanced, starting with an active protagonist involved in a scene with an immediate, concrete goal. They are balanced with action, thought, a touch of motivation, a touch of description. The tone and voice are interesting, and make readers turn the page to see what happens next.

Here’s an opening from the memoir Breaking Night by Liz Murray.

I have just one picture left of my mother. It’s 4 x 7, black-and-white, and creased in different places. In it, she is seated slightly hunched, elbows touching knees, arms carrying the weight of her back. I know very little about her life when it was taken; my only clue is written in orange marker on the back. It reads: Me in front of Mike’s on 6th St. 1971. Counting backward, I know that she was seventeen when it was taken, a year older than I am now. I know that Sixth Street is in Greenwich Village, though I have no idea who Mike is.

What do you know about the story from just this much text?

Place: New York City
Time: 1986
Tone/Mood: Reflective, remembering, possibly nostalgic
First-person POV narrator: 16-years-old, assumed to be female
Content of text: It’s about a black and white picture of the narrator’s mother.
Mystery: Who is Mike? Why is there only one picture of her mother left?
Audience: Young Adult/Teen to Adults

Is there any place where the reader is confused? No, it’s clear.

Is there an information dump? There is a lot of information here, but it doesn’t feel like a dump—yet—because we are also getting a feel for the character of the story. That gives the author some leeway to put in lots of information, while still keeping everything balanced.

The final question is subjective: would you read on?

Even when you’ve done everything right, an editor may pass on a story because they just don’t like it. I once had an editor pass on a story about dogs because she’s a cat person, not a dog person. There’s nothing you can do about that except write the best you can.

If you found this post helpful, be sure to check out Start Your Novel by Darcy Pattison. Click here to download a free chapter on your Kindle.