Today’s guest post is editor by Tiffany Yates Martin (@FoxPrintEd). Her new book, Intuitive Editing: A Creative and Practical Guide to Revising Your Writing, is out now.

Writers are often warned off of passive “be” verbs that suck the life out of their prose—but the “be” trap of passivity can also suck the life out of your characters. Regardless of how richly developed your characters are, it’s not enough for a protagonist to simply be interesting, multifaceted, layered. They also need to do. Characters who don’t—who have no agency, don’t captain their own ship—give readers nothing to invest in or root for, and they lie flat on the page no matter how exciting the rest of your story may be.

It’s easy to fall into “be” traps, though—especially when so many common character journeys involve moving from disenfranchisement to self-determination, or weakness to strength, or aimlessness to actualization. Check your story for these common characterization traps that can result in passive protagonists:

In the same way that the antagonist must directly or intrinsically cause or worsen what happens to the protagonist, your protagonist must directly influence or engineer her own destiny. If she doesn’t she isn’t the hero; she’s a passenger in the story. A character must actively be striving for something, and she must have agency—meaning, as Merriam Webster defines it (emphasis mine), “the capacity, condition, or state of acting or of exerting power; a person or thing through which power is exerted or an end is achieved.”

In each of the above cases—and in general when assessing and revising your manuscript—look for where your hero directly drives the story. Would events have happened the same way if your character hadn’t been there? And does something the character does (or doesn’t do) directly bring about whatever happens in the story?

If you find that you can’t draw a direct line between the protagonist’s actions and the plot actions, here are a few techniques to make sure your protags stay in the driver’s seat:

Use goals to propel the character, both overarching and immediate.

Lack of clear, strong goals is often the culprit of a character whose forward momentum stalls out. Even if you know what your protagonist wants in the long run, the main goal he is working toward throughout the story—Romeo wants Juliet; Jack Reacher wants to nail the bad guy; Stella wants her groove back—he should also always have an immediate one: what he wants or needs in every single scene, the attainment of which is often a step on the road to his main goal. For instance, Romeo first has to get up that balcony to win his fair Juliet; then he has to plan for their elopement; then he has to procure the poison to help achieve it, etc. Each of these clear immediate goals causes him to have to take direct action to make it happen. Make sure the momentum of the story is directly driven in pursuit of that goal by your character’s choices, actions, and behavior.

Use will and intention to give drive to characters who are stuck.

Your character may not be able to actually effect the changes she wants to make or to immediately pursue her goals, but showing her desperate desire to do so can stand in for the action itself and give readers something to root for, at least in the short term (though eventually we need to see the character push past that resistance and actually pick up the controls).

In Ruta Sepetys’s The Fountains of Silence, after her parents are killed for defying Franco’s restrictive edicts, hotel chambermaid Ana must help support her siblings if they’re to survive—which means staying silent and quiescent with the hotel’s guests, who see only luxury, about the harsh realities of fascist Spain. Yet Ana brims with desire to provide for her family, to keep them secure from the dangers of Franco’s oppressive regime, and to share her secret truths with Daniel, the wealthy American she begins to connect with. It’s her desperate longing to break out of her enforced silence that drives her arc—and the story—long before she’s finally able to actually do it.

In some cases the character’s inaction can directly result in the plot action, making the protagonist drive the story even if in a roundabout way. In Nadia Hashimi’s A House without Windows, Zeba is arrested and imprisoned for murder when she is found in her courtyard beside her dead husband and a bloody hatchet. Despite a likely death sentence she refuses to defend herself or help Yusuf, the American-raised, Afghan-born human rights lawyer trying to exonerate her—but it’s her reticence that intrigues him and spurs him to seek out the full story. And ultimately Zeba’s seeming passivity is revealed to be action in service of a goal—just not the one Yusuf (and the reader) presumed; she is reclaiming women’s power in the only way she can in her Afghani society that robs it.

Keep the action visceral and immediate.

Even where characters are taking a direct hand in their fate, if we’re not seeing it happen firsthand it doesn’t read as strong agency. Put the action on the page: If your protagonist is hunting down clues to locate a murderer, for example, readers need to watch her sniff them out. Telling us about character agency secondhand and after the fact blunts its impact and leaves readers feeling removed from the action. One reason readers and movie audiences loved The Martian, largely a single-character, single-setting book and movie, was that it was almost entirely a story about a protagonist’s endlessly creative, ferociously determined efforts to forge his own fate.

Story is a journey and the plot is the road—but your characters are the drivers. If your protagonists aren’t driving the action—if they passively experience events that happen to them, rather than having agency and effecting change—the story will quickly lose momentum and stall. There’s a reason there’s no genre for “Boy meets girl; boy loses girl; boy mopes around till girl comes back and they live happily ever after.” A character who merely passively awaits his fate is someone we may pity, but likely can’t invest in. We must root for your protagonist—it’s why we read—and we can’t do that unless she’s the engine of her own story, not passive freight.

Note from Jane: if you enjoyed this post, check out Tiffany’s new book Intuitive Editing: A Creative and Practical Guide to Revising Your Writing.

Tiffany Yates Martin has spent nearly thirty years as an editor in the publishing industry, working with major publishers and bestselling authors as well as newer writers. She’s led workshops and seminars for conferences and writers’ groups across the country and is a frequent contributor to writers’ sites and publications. She’s also the author of Intuitive Editing: A Creative and Practical Guide to Revising Your Writing. Find out more at her website.

This was very helpful. Immediately as I read the first 4 bullet points it helped me zero in on a problem with two differernt characters in two different books I’m working on. Thanks.

I’m happy to hear it! Once you learn to look for it specifically it becomes self-evident and it’s easy to fix. Thanks for your comment, BK. Good luck with your writing!

Excellent advice! This is exactly what I teach in my classes and workshops. And here’s another quick fix from the editor’s toolbox for a protagonist who comes off as too passive or lacking in agency: Take a plot development from the story that currently just happens TO the protagonist, and make it happen BECAUSE of them. Example: Instead of an old friend just calling to reconnect out of the blue, the old friend reconnects because the protagonist posted something online.

Susan! I know your editing reputation, so this comment is extra delightful. And I love your additional suggestion (and will be cribbing it to share with authors). 🙂 Such a great quick fix. Thanks for the comment.

[…] your protagonist a mini-quest before the main plot kicks off, Tiffany Yates Martin reminds us to give our characters agency, Melissa Bowersock talks choosing a character name, Stavros Halvatzis examines great character […] 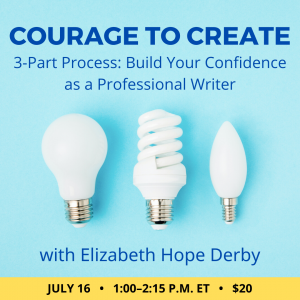