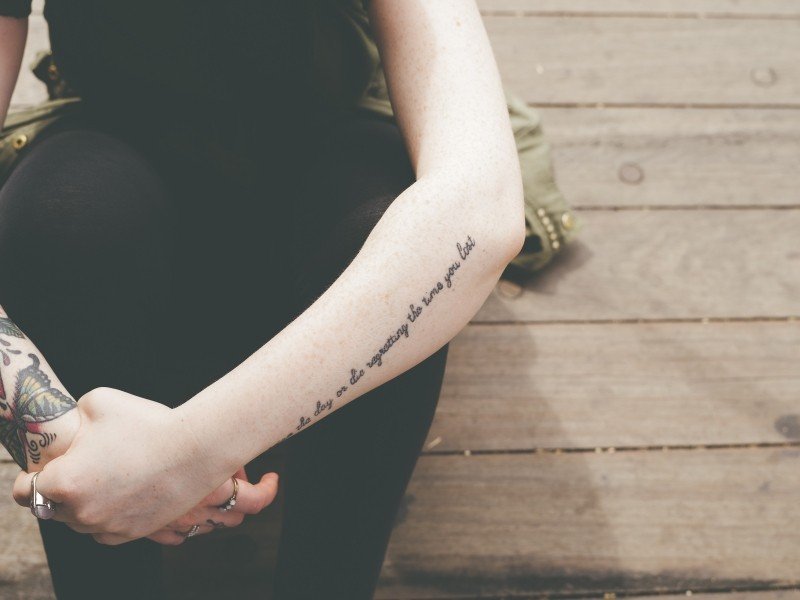 “Oh! The sample bottles for my skincare line are here!” she said breathlessly on our weekly Skype call, holding up the clear plastic containers for me to check out while smiling broadly.

I couldn’t help laughing along, her enthusiasm infectious.

“Let’s talk about the chapters!” she continued, pulling out a notebook, pen poised expectantly over the paper, waiting for me to begin.

If this had been the CEO of a successful cosmetics company, it all would’ve been par for the course in the world of ghostwriting and editing. But the fact of the matter was that my client, who was currently writing her first novel, was a 16-year-old high school junior. And in addition to the novel we were currently working on, she was also developing her own beauty brand, scheduled to launch in 2020. Welcome to today’s teen overachiever.

Between celebrity memoirs, Trump tell-alls, and the reliance on ghosts to feed the appetite for self-published genre fiction, the practice of ghostwriting has taken the publishing world stage. By definition, a ghostwriter’s job is to be invisible, and in most of the instances when the broader publishing and literary world is reminded of the practice, it is usually because someone took credit for a book they clearly did not write, or the publisher of a popular ebook series turned to a cut-rate ghostwriting service for a new title—with plagiarism-riddled results.

But I am here to tell you that there’s a new niche on the rise in this relatively secretive world: writing fiction for teenage authors.

In recent years, I have written four novels—and referred many more to fellow ghosts—for teens from wealthy families who pay up to six figures to bring the kids’ dreams of authoring a book to life.

There’s nothing new about a bookish teen scribbling away at a first novel, but having mom and dad kick in a significant amount of money to have a professional ghost lend a hand with the writing and editing process is very much a new development.

While money is generally no object in such situations, I have been routinely surprised at the talent—and the earnestness—displayed by many of these young authors. The teens themselves are either young and talented, proficient in creative writing and require only detailed feedback from a developmental editor, or they are “big idea” teens, like my novelist-turned-skincare entrepreneur, who have the basics of plot figured out, but need a ghost to flesh it out into a book. No matter the approach, working with kids on ghosting projects has proven to be a surprisingly enjoyable experience.

Sure, I have to work around school schedules, exams, college applications, and extracurricular activities, but in most cases, the energy, enthusiasm, and sheer talent these teens bring to the experience is unparalleled. They have a drive and determination to succeed, coupled with nearly boundless energy.

To my surprise, instead of all of that puppy dog enthusiasm getting on my nerves, I found myself drinking it in, wanting to up my own sense of positivity and excitement to match their own. It fueled my own work too, rekindling interest in a novel that had languished in my hard drive for a year.

For the most part, teen clients are some of the hardest workers I’ve ever ghosted and edited for, and some of the most creative too. They’re not boxed in by prescriptive literary techniques they’ve learned in college or in writing workshops. They take risks as easily as taking a breath, and they take criticism better than some 60 year olds I’ve worked with. They’re hungry for knowledge. They want to learn. Which is why teen clients are some of my favorite clients to work with, hands down. They’ve got the moxie, the drive, and most of the time, the raw talent to take them past the finish line and beyond. Nothing makes me happier these days than getting a call from a teen client, inquiring about ghosting or editing services.

The problems that come up usually lie not with the kids, but with their parents—who oftentimes have a very different idea of what their children should get out of the experience, not to mention their own expectations for what the project should look like. It’s unfortunately common to run into a pageant-type situation, where a parent (usually a mom) didn’t get to be the proverbial beauty queen, and desperately wants her kid (and it’s usually a daughter) to make it—and in both over-managing and micromanaging the relationship between me and the client, can often put the whole book at risk.

But when parents are able to step back, it allows their kid’s creativity to shine, and I can more easily do my work. Sometimes, I’m functioning solely as an editor, as was the case with a pair of surprisingly well-realized adventure-fantasy books written by a 15-year-old girl I worked with last year. When a client has a lot of natural talent, my job is less about stepping in to write on his or her behalf than it is to steer the writing that has already been done, encouraging the best of the young writer’s instincts. It’s part editing, part hand-holding. Reading over her two manuscripts (first big-picture suggestion: it’s one book, not two), I at times found myself tipping over from critical reading to reading for pleasure, only to be jerked back to the reality of the job at hand (and the writer’s young age) by an understandably immature choice regarding the plot or the way a character was being drawn.

You can’t buy talent, but it can be cultivated—and that usually happens over the course of years as a writer tries and fails repeatedly, working either on their own or in the context of classes or workshops, until finally they’re able to pound out a draft of something that at least kind of works. Working with teens can feel like a somewhat doomed effort to speed up that cycle. But the way that some of these kids attack the edits I send their way can make it seem like you can press fast forward, that they are capable of packing in years worth of growth and development into the six or eight or twelve months that we work together on a project.

Dr. Jennifer Banash is the Director of Creative Writing for Gotham Ghostwriters, and a critically acclaimed writer and former professor of English and Creative Writing who has ghostwritten several New York Times-bestselling books for major publishers. A widely published author in her own right, she is also the author of five young adult novels: Silent Alarm, White Lines, Simply Irresistible, In Too Deep, and The Elite (Penguin USA and G.P. Putnam & Sons).