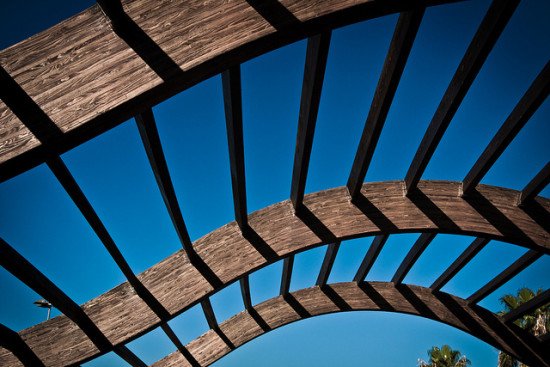 Note from Jane: This fall, I’m delighted to be offering a 10-week course on The Art of the Personal Essay, taught by writer and Sweet Briar professor Nell Boeschenstein. Nell has an MFA in creative nonfiction writing from Columbia University, where she taught writing for two years. She also worked as a producer for the public radio programs Fresh Air with Terry Gross and BackStory with the American History Guys. Her work has appeared The Guardian, Newsweek, The Believer, The Rumpus, The Millions, Guernica, and The Morning News.

I don’t know about you, but for me writing often goes like this: chasing a thought in one direction and then another and then another and each time running headlong into a dead end. Or I’ll spend hours staring at the screen and come away from those hours with only a paragraph. Or I’ll write a few paragraphs I like only to realize that they are entirely irrelevant to the project at hand. Any or all of these exercises in frustration can go on for days. Depending on the scope of the project, they can sometimes last for weeks, even months. But inevitably one day when I’m about to throw in the towel, a ray of sunlight at last finds its way through the clouds of my brain, illuminating the latest answer to the perennial question that grays my hair. That question? Structure. Once I have figured out structure, every other challenge of the writing process seems a walk in the park by comparison.

Oh, structure. No moment is more rewarding than that of when it reveals itself. And yet, I’ve also found this beautiful moment to be something of a double-edged sword, and I am teaching myself to be wary. This is because every time I find the structure for a piece, some part of me becomes convinced I’ve found the ultimate key to unlocking the structure of not only the essay at hand, but of all future essays I will write. Four times out of five, I will try to superimpose the structure of my last essay onto the next one I try to write.

Spoiler alert: this rarely works. Perhaps this is trite to say, but structure is not a candidate for the cookie-cutter approach. True, there are some tried and true structures you see over and over again (the longform nonfiction in the New Yorker, in particular, comes to mind), but the fact of the matter is that every essay has its own lock to its own door and thus requires its own key. That’s not to say that structure emerges with each essay mysteriously from the mists of The Process as if The Process were a mystical unknown. Yes, sometimes you stumble across a key as you muddle your way through the writing woods, but lately I’ve found that a more reliable method of unlocking structure is (if we want to further extend the metaphor) to go to the proverbial key store like a normal person and have one made. An effective method of finding structure is simply to read for it: to look for a structure that sparks your imagination or admiration, and to challenge yourself to write a piece that cribs that structure. The idea is that constraints just might set you free.

It’s an approach I’ve found useful. For example, nearly a year ago I read an essay about rain on The Awl that approached the subject from disparate angles, making an essay like a mosaic. It was a poetic structure that appealed to my affinity for associative thinking. The parts also built on themselves in such a way that, when you got to the end, you had to stop and wonder, Wait: How did she do that? I wanted to figure out how to do that. A few weeks later, I tried my hand at the mosaic structure. The structural parameters I had set for myself freed my mind to make unexpected connections, and I was pleased with the way that the piece turned out.

More recently, in the past month, I have read two wonderful essay collections: Let Me Clear My Throat by Elena Passarello and Limber by Angela Pelster (both from Sarabande Books). Each collection begins with a short essay that wallops the reader with the themes ahead in the book. The essays are so tight it’s as if they have corsets on. Fearing that I was becoming too prone to writing too long, I set about writing my own corseted essay. I finished a draft last week. The jury is still out on whether or not the piece is successful, but the exercise was rejuvenating. That’s another way of saying that it pushed me. It challenged me. It also saved me from having to think too much about structure because I’d gone into the project with that pre-determined. And for that I am grateful.