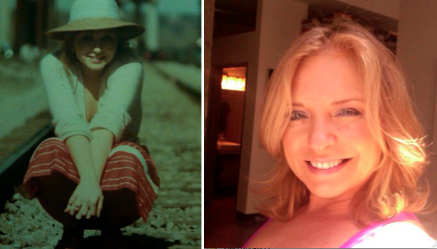 The following interview is with Patricia Jean Saiger Limbacher (age 47), reflecting on her life at age 20, interviewed by daughter Rachel Saiger.


From Rachel
My mom, Patricia Jean Saiger Limbacher, is definitely someone that I have learned so much from. A lot of it is what not to do as a teenager and college student, but even with all the crazy choices she made when she was young, I think she became a great mother for me. I love hearing stories about her life, and I feel like the stories I was told as a child (censored then), guided how I grew up and have made me who I am today. I love that my mom was so open with me and my siblings. Because of that relationship I have been able to confide in her throughout the challenges in my life. It’s hard to think that my mom wasn’t always a perfect, sweet, and yet embarrassing woman, but it makes her more human and a lot more relatable.

Where did you live?
I couldn’t wait to be free and on my own, but wasn’t allowed to move away from home. I did finally move out when I was twenty-one, but my twentieth year was a year of rebellion. I spent as many nights with my friends as allowable. I would sleep on couches, decks, share friend’s beds, and occasionally sleep in my own bed at the home my parents had since my third year of life in Cincinnati, Ohio. I had three different bedrooms over time and this final bedroom felt more like a demotion.

Where were you working?
I had been working as the manager of my father’s photo stat business, but the economy was poor in the early eighties, and he had me teach one of his full-time employees to take over. I then began working a family-style fish and chicken restaurant that had just opened, and was quite proud to have been a part of, even if it was a middling job. I worked as a waitress, and loved it.

What would you do on a normal day?
I’d get up at 11:30 or noon, drink a Mountain Dew, smoke a cigarette, get ready for work, and get a sandwich, usually with a girlfriend I worked with. Then we’d head to work by 2 and work ’til 8 or 9 and run to someone’s place to doll up and go drinking and dancing at a club ’til closing. (Back then the drinking age was 18.) Once the club was closed we’d go for breakfast and hang with whomever, and go to bed only to do it again.

What were you most worried about?
Not dying, and not getting a sexually transmitted disease. We didn’t worry about AIDS yet. I was involved with two different guys at that point, and they were not monogamous.

What did you want for your future at 20?
I wanted something better and something different. I wanted to live somewhere away from what I knew. I assumed it would involve a job, a man who was my husband, and children. I had visions about a home, and how cute it might look, and hoped to travel, but beyond that I wasn’t future oriented.

What do you think of who you were at 20 compared to now?
At my core I am the same girl, but I changed dramatically when I was twenty-one and have continued to evolve even to this day, and of course I knew I would. That was one crazier than normal year of breaking free from what I was, learning what didn’t work, who I wanted to be, what I needed to do, and what kind of people I needed to surround myself with to get there. Those friends were NOT those people, but they helped me see the light.