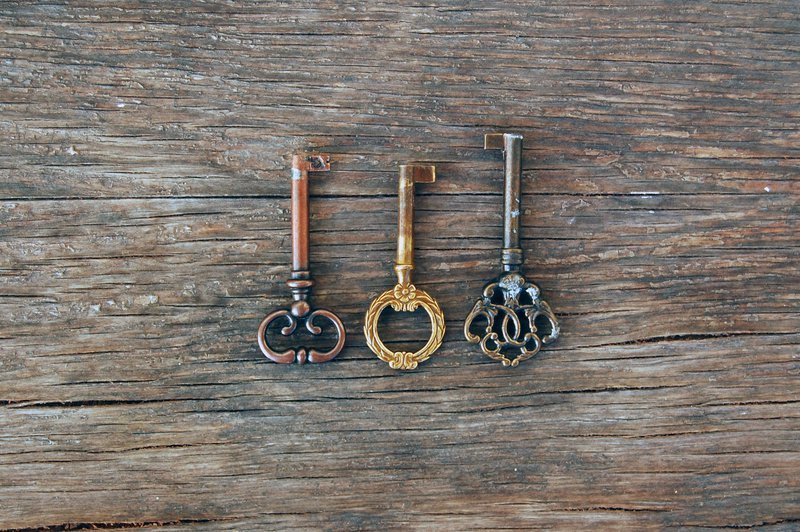 The pros and cons of an MFA in creative writing are widely debated: on one hand, such programs offer students the opportunity to work with accomplished authors, whose expertise (and endorsements) could make all the difference in publishing their first book. On the other hand, such programs often come with a hefty price tag, with fully funded options few and far between.

But regardless of whether you go for an MFA, some things are critical to establishing a career as an author that you probably don’t know, unless you’ve learned them the hard way (or you’ve worked in publishing).

I say this as someone who went for an MFA and then went on to establish a career as both an author and an editor. And this is information I want to circulate widely—first, because I know how hard it is to have all the education in the world and still feel like you have no idea what you’re doing, and second, because until you really know what you’re dealing with in this industry, it’s easy to find yourself paralyzed by self-doubt, second guessing yourself and your work ad infinitum.

Writing takes grit, and so does publishing. Both are easier if you understand what you’re up against. Here are three publishing “secrets” I think everyone should know.

1. Agents and acquisitions editors don’t read the same way peers and mentors do.

When you’ve written a full-length manuscript, it’s nearly impossible to read it the way a stranger will (as Margaret Atwood put it, you already know “where the rabbits are hidden”). Which is why so many experts emphasize the importance of mentors and critique groups.

But mentors are often focused on teaching the principles behind good creative writing, and helping the author develop their skills overall, rather than on what it will actually take to get a given manuscript over the finish line. Like members of a critique group, mentors also tend to look at the manuscript a piece at a time, rather than as a whole, which inevitably results in more feedback on the manuscript’s details than on its overall structure.

Also: both mentors and critique group partners tend to have a certain amount of patience for work that “isn’t quite there yet,” in a way that can obscure the issues that will keep it from getting published.

Agents and editors have two modes when they read. The first is the mode applied to the opening of a manuscript, where they’re reading quickly but closely, alert for the sort of prose that signals a unique voice, control of the language, and stakes in the story, along with the sense that they’re “in good hands” with this storyteller. Everything else, the publishing pro will happily delete from their inbox.

The second mode is also quick, but not nearly as close—in this mode, the agent or editor is often skimming for story as a whole, looking at the way the characters develop, the way one thing leads to the next, and how the story adheres emotionally. If any of these elements are missing, misplaced, or murky, no matter how good the writing is, the pro is likely to pass.

This is why, when I work with aspiring authors, we zero in on their book’s opening pages, with a focus on clarity, concision, and word choice. I also encourage them to think critically about where that book opens, what kind of picture the opening creates in the reader’s mind, sentence by sentence, and how to front load the book’s key themes with those first few pages. (Peter Selgin has a great series on this topic here on Jane’s blog, which I encourage everyone to check out.)

This is also why I emphasize the key big-picture issues in long-form storytelling: character arc (and the internal reflection that reveals it), causality and consequence, questions and tensions (the fuel that feeds narrative momentum), and pacing.

You’ll never be able to forget where your rabbits are hidden, but teaching yourself to read your own work in these two modes will change the way you see it, guaranteed—and, ultimately, improve your odds when you send it out.

Much has been said on the subject of grit as a writer, and beyond the fortitude it takes to actually write a book, publishing is where that quality really comes in. There are two main factors here, beyond the quality of your work: the first is how many submissions you’re sending out, and the second is where you’re sending them.

When I work with authors, I emphasize the importance of establishing a submissions practice as well as a writing practice. Just like writing, the process of submitting should feel regular and routine, rather than something that only happens when you’re inspired. A good way to accomplish this is to build your submissions practice around your existing rhythms and routines—for example, by dedicating a portion of your writing time each week to submissions, or by creating a spreadsheet that takes the guesswork out of where to submit next when you (inevitably) receive a rejection.

That’s the “how many” part of the submissions process. As far as the “where to,” you can increase your odds of acceptance by being smart about where (and how) you submit. For instance, submitting earlier in the open period for a journal or anthology is often a good idea; if the journal is run by staff, as opposed to students, those staff members probably won’t wait until the deadline has passed to get started in on the slush pile, and, as with anthologies, the first story submitted on a given subject or theme has better odds of being selected than the second. Also, look for submissions opportunities with clear constraints, as only being open to submissions for a week or two, or exclusively to contributors hailing from one geographic region or demographic, can cut down on the competition considerably.

All of us start off wanting to be the exception, the one who didn’t have to try all that hard to get published. But if a half-hearted submissions game hasn’t yet gotten you where you want to be, it’s time to get serious, and strategic.

Agents and editors always want to know about “comps,” or comparable/competitive titles for the books they represent, acquire and market, but this tends to be something the writer puts off thinking about until they’re trying to write a query letter for their manuscript. This leads to freaking out, because not only do they have no idea what a comparable title might be, they have no idea how to talk about their book in a way that will make sense to other human beings.

I encourage my clients and students to start thinking about “comps” early on. Well-known and much-loved books in your field or genre can act as touchstones, offering some useful shorthand for complexities that can be hard to describe; as such, the back-cover copy of comp titles can be hugely helpful in figuring out how to talk about your book, and then, when the time comes, pitch it.

The back-cover copy of such titles reflects the way books like yours are sold; slanting your pitch so that it’s clearly in conversation with that sort of copy reflects a level of savvy that publishing pros tend to appreciate, because it’s frankly pretty rare. (Many newer writers either don’t bother to read within their own genre or think their book is so exceptional that they have to reinvent the wheel in order to explain it, which is rarely the case.)

“Comps” can also be useful in terms of authors whose work is similar to your own. For instance: Love Kelly Link? Do you, like her, write short stories that blur the lines between literary and speculative? Open up Link’s first collection, Get in Trouble, and look at where the stories in it were first published. These are publications open to work that blurs those bounds; they can help you set the stage for a successful career with this sort of short fiction.

On the other hand, maybe you’re the sort of writer who’s all over the place: you’re working on a family saga, and you’ve got some short fantasy in a drawer, but really, your most marketable project may be that historical novel you abandoned a few years back. In that case, the publication history of the author Karen Joy Fowler may be a good model for you, both in terms of where to submit your shorter work and which book to debut with.

If you haven’t worked hard to hone your craft, none of these strategies will nab you a book deal or major byline. But if you have, they can—and if applied diligently, they will.

Many readers here are accomplished authors themselves, and I know many of you share my passion for helping writers. So now it’s your turn: What, in your opinion, is one critical thing “no one ever tells you” about publishing?

Note from Jane: Susan’s new class, Fiction: Final Draft, was developed for writers who’ve put in their 10,000 hours but have yet to break through with their first book deal. Participants will learn how to win the battle of publication at the level of the line, with tips and tricks from the editor’s toolbox, as well as storytelling principles derived from neuroscience, information theory, and more. Called by one participant “a finishing school for writers distilled into just four weeks,” Final Draft begins September 24; more information here.