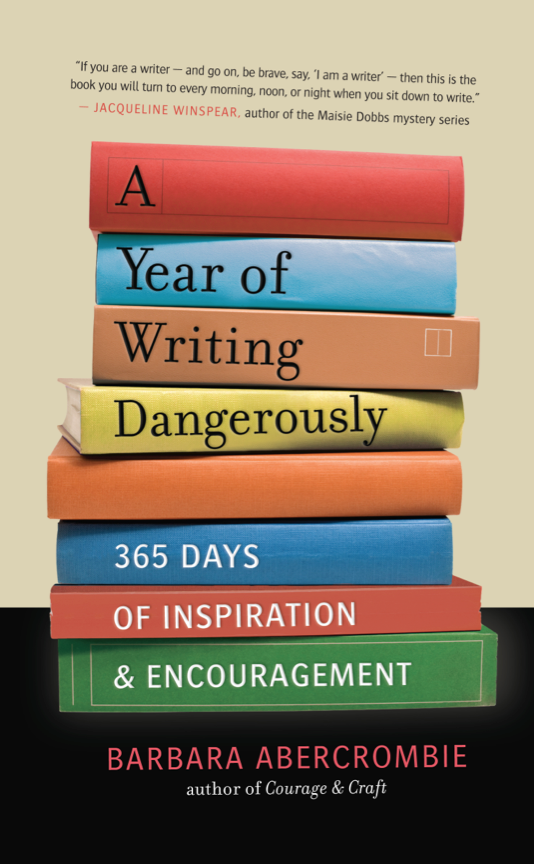 Today’s post features an item excerpted from A Year of Writing Dangerously: 365 Days of Inspiration & Encouragement (New World Library, 2012) by Barbara Abercrombie. Barbara has published 14 books and numerous essays and articles, and has taught creative writing courses for almost three decades. She lives in Santa Monica, California. Find out more at her website.

When I have guest speakers in my class who have written memoirs, one of the first things my students ask is, “What did your mother say when she read it?”

But what about mothers writing about their children? My kids have some pretty amazing material, but that’s one privacy line I won’t cross in my writing. I’ll write about them—the funny stuff—but I won’t steal the heavy moments in their lives.

Though just recently, as I was discussing this with a daughter, she said in a dark tone, “Remember writing about the Snickers bars under Gillan’s bed?” I asked her what on earth she was talking about. “You wrote a poem about her messy bedroom,” she said, “and then read it to her class.”

The thing about being a writer is that you just learn to live with your guilt.

I never once encountered a student who didn’t worry, at some level, that a friend or family member was going to be violated, punished or crucified in a piece of writing. (Mothers take an exceptionally heavy rap with younger students.) … And it often afflicted young writers with classic writer’s block before they’d written so much as a single word.

You own everything that happened to you. Tell your stories. If people wanted you to write warmly about them, they should’ve behaved better.

What do you think about this issue? Share your thoughts and experiences in the comments. And read more from A Year of Writing Dangerously over at Amazon.