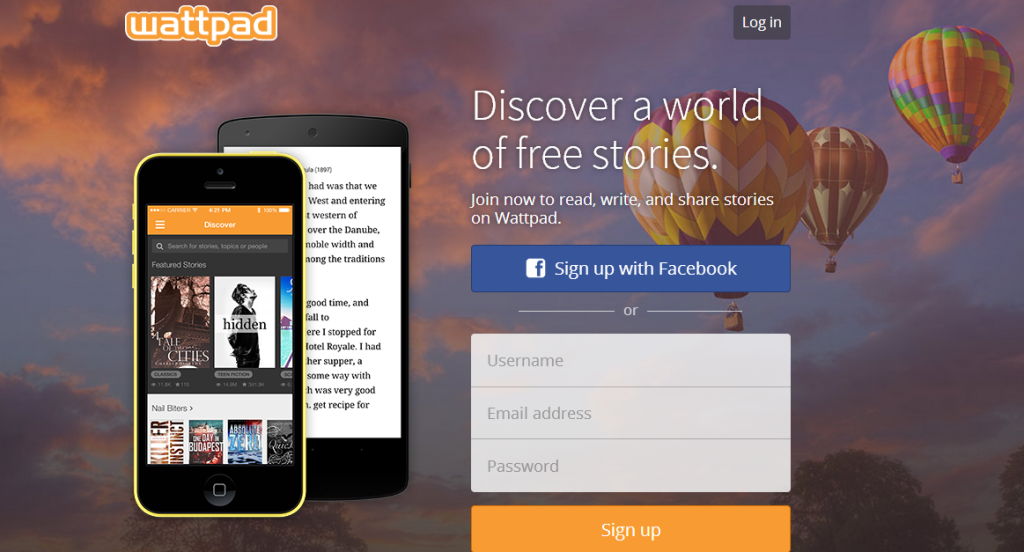 Note from Jane: Today’s guest post is by Anne Pfeffer (@AnnePfeffer1), an author of several YA and new adult novels.

As the author of three indie novels, I was looking for ways to expand my base of readers. This blog’s very own Jane Friedman suggested that I try Wattpad, an online writing community where authors post their work for free. In April 2014, the site reported 35 million unique visitors per month, which is a lot of exposure for one little indie book, if you can get people to find it. The problem is, they also have over 1,000 story uploads per day, so the fight for reader attention is fierce.

To be perfectly honest, nothing much happened. That is, until August, when I was contacted by a content specialist from Wattpad. He said he’d read the first half of my book, which was all I’d posted at that point, and wanted to include it in their Featured Story section. He asked me to post at least two-thirds of my chapters before the date I was scheduled to debut on the list. Later, I could upload the rest of the chapters.

When you are featured, your book appears on the first two pages of the Featured Story list for a full two weeks. This makes it highly visible to all those millions of Wattpad readers. Almost immediately, Any Other Night went from nowhere to the Top 20 of Wattpad’s What’s Hot list for general fiction. I also started getting comments from readers.

The Wattpad system allows you to reply to comments and also to check the commenters’ profiles to see if they’ve been voting for you and on which chapters. While comments are fun, you live and die by the number of votes you get, which determines your position on the What’s Hot lists.

The period of optimal vote-getting is while you’re still posting chapters and readers are all excited and waiting for your next installment. It took me six or seven weeks to post my final chapters, during which I reveled in the experience of being scorching hot.

You’re allowed, by the way, to vote for yourself and to ask your friends and family to do the same. If you’re smart about it, you’ll get your supporters to vote all on the same day, which is more likely to send you flying up the hot list. They must have read your book, though. Soliciting votes from people who haven’t is cheating! For more on this, visit Wattpad’s post on how to hit the hot list.

I’ve stabilized, at least for now, in the top hundred of the list, so I guess I’m still pretty hot. My current number of reads is over 230,000, which is small for Wattpad, but huge for me.

To answer the question I know is on your mind, I did not get a lot of sales from all this. But I did see an increase to my “added” and “to be read” categories on Goodreads. More important, I have thousands of new readers from all over the world!

As I mentioned earlier, Wattpad reviewed my book on its own and approached me with an offer to feature it. However, they also entertain author requests. My experience has made me really appreciate Wattpad and the fact that it looks for and showcases little-known books it thinks deserve attention.

Anne Pfeffer lives in Los Angeles, California, near a large rotating neon chicken head, with her daughter and a dachshund, Taco. She has worked in banking and as a pro bono attorney, doing adoptions and guardianships for abandoned children.

As a writer, she loves writing books for teens. She’s published three books in the YA and New Adult category. Find out more at her website.