Today’s post is from Daniel Parsons (@DKParsonsWriter), author of The #ArtOfTwitter.

Finding an audience for your books can seem like an insurmountable task when you enter the publishing space with no prior experience. Thankfully, Twitter can help you become not only an engaged member of the community but—in time—an influencer with a loyal audience.

Four years ago, I joined Twitter because I was writing my first book, and every blog post on the internet seemed to be saying the same thing: authors need a social media presence. Starting out, I had one goal, and that was to get 3,000 engaged Twitter followers. Why 3,000? Well, I had heard that you only start to get interactions on every tweet when you hit that number, and publishers wanted authors with ready-made, interactive audiences.

A lot has changed in the last four years. For a start, I discovered self-publishing and decided that I preferred it to the traditional route. One thing that hasn’t changed, however, is my focus on Twitter. I now have 93,000+ followers, reach 500,000 people every month, and get over 200 interactions per day. My followers have helped me grab the attention of powerful influencers, got one of my stories 30,000 reads on the story-sharing site Wattpad, and landed me a job at a publishing house. Along the way, they’ve helped my tweets trend above those of A-list celebrities—beating the likes of Craig David and Ryan Seacrest in various hashtag games.

While I wouldn’t say I’m a social media guru, I am now in a position to teach other creative professionals how to find their voice and build a platform through Twitter. I do this professionally, teaching authors exactly how to swell their online presence without losing their integrity or too much of their time.

While I could talk about Twitter for hours, I know most writers are busy people. I’ve noted five short pointers here that anyone can use as a Twitter cheat-sheet. They provide a good foundation for any writer, whether you are a total newbie or just struggling to see growth.

Branding yourself might sound like some horrible, corporate tactic, but all it really means is filtering what you share on social media so that it fits in with your public persona. If it helps, think of it this way: don’t say anything on Twitter that you wouldn’t say on stage at a literary festival.

There is a misconception that following lots of people on Twitter to get reciprocal follows means that your tweets will have less influence. This simply isn’t the case. As long as you’re tweeting quality content and attracting active, relevant followers who are interested in your field of work, your tweets’ interactions will grow to rival those of “real” celebrities who have the same number of followers as you. The fact that they are only following a few hundred people and you’re following a few thousand will have little influence on the level of interactions your tweets receive.

I often receive more interactions for tweets on a hashtag than other accounts that have hundreds of thousands—and sometimes millions—of followers. If you want the influence that comes with exposure and you’re not already a prominent public figure or an early adopter, following people is a sure-fire way of achieving this goal.

3. Use the Three Key Principles of a Good Tweet

Most users are on Twitter to (1) be entertained, (2) be inspired, or (3) acquire knowledge. I suggest you build a relationship with your followers by satisfying these three desires. Tweets that fulfill these desires can come in the form of jokes, behind-the-scenes access to your creative process, exciting news updates, inspirational messages, and articles that you think your followers would find interesting. That isn’t an exhaustive list—and it may need to be skewed a little in favor of whatever you find appeals to your followers most—but it’s a good starting point if you’re not sure what you should be tweeting.

It’s been established that selling books like a door-to-door salesman on Twitter doesn’t work in most cases. What does work is positioning yourself as an interesting, approachable person that people will want to support. Having an army of supporters over a bag of cash may seem like a bad deal in the short term, but over time your followers have a lot more to offer you than a quick buck.

Old wisdom suggests that a good leader is often a good listener, and that’s just as important to consider when approaching Twitter. I ask a lot of questions on Twitter. Not only will doing so help you get to know some of the influencers in your industry, it will help you to befriend your most avid supporters, demonstrating that you want to hear their thoughts and opinions.

You can take that last point to a grander scale by crowdsourcing opinions and advice. I’ve used this method to tweak book covers and titles based on public consensus, and it has worked phenomenally. Of course, it’s said that a camel is a horse designed by a committee. Not all opinions are equal, but asking the right questions and choosing what comments influence you can improve your work.

If you want to know something extremely specific, then Twitter can also serve as a better search engine than Google, especially if you already have a significant number of followers. A question that could take hours of trawling blogs and official documents on Google to answer could be resolved almost immediately by your followers. After all, if you have thousands of followers, one of them is likely to know more than you do about a niche topic. Even if they don’t, they might pull people who do into the conversation.

A while back, I had a query regarding copyrighted song lyrics and how they can be used in the character dialogue of a novel. Finding myself at a loss on Google, I eventually sought help on Twitter. Within a few minutes, my followers gave me the answer, backed up their advice with credible sources, and even brought the bestselling crime author Ian Rankin into the conversation to offer his expertise.

5. Drive Traffic and Use Your Leverage

Forming trusting relationships with your followers can lead to rewards—some of which will be totally unexpected. After joining Twitter, I soon discovered that it wasn’t really a sales platform, but it had potential for building an author business. By curating quality content, you will quickly gain a high level of trust. Due to the trust I’ve built, almost all of the links I post—with honest descriptions, of course—get between 20 and 100 clicks. Sometimes as many as 500 people visit my website as a direct result of a single tweet. High follower counts grab attention, but I think a much better metric to promote is the number of interactions you can command per tweet.

There are various ways to use these stats. One way is to attract well-known authors to be interviewed on your website (or podcast, newsletter, or whatever else you produce). By promising to promote the author you’re interviewing, you can be associated with their high-profile name. Likewise, it’s easier to get a speaking role at a conference or event if you have thousands of Twitter followers and offer to tweet about the event. 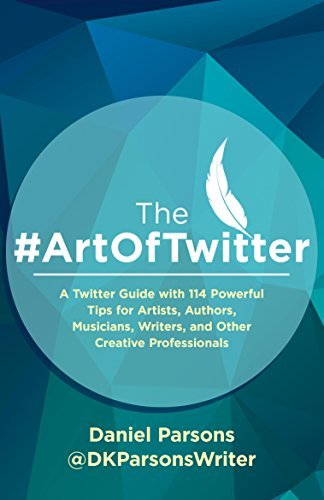 Alternatively, your Twitter stats can even help you get a job. At the 2015 London Book Fair, publishing experts on a panel suggested that modern publishers sometimes more highly value social media know-how over English degrees. That sounds insane, but I’ve nabbed one job in publishing purely based on my Twitter following, so I’m an example of that movement at work.

Twitter isn’t the only way to build a career, or a must, but mastering it does add a valuable tool to the utility belt of any author-entrepreneur. Happy tweeting!

If you found this post helpful, check out Daniel’s book The #ArtOfTwitter. 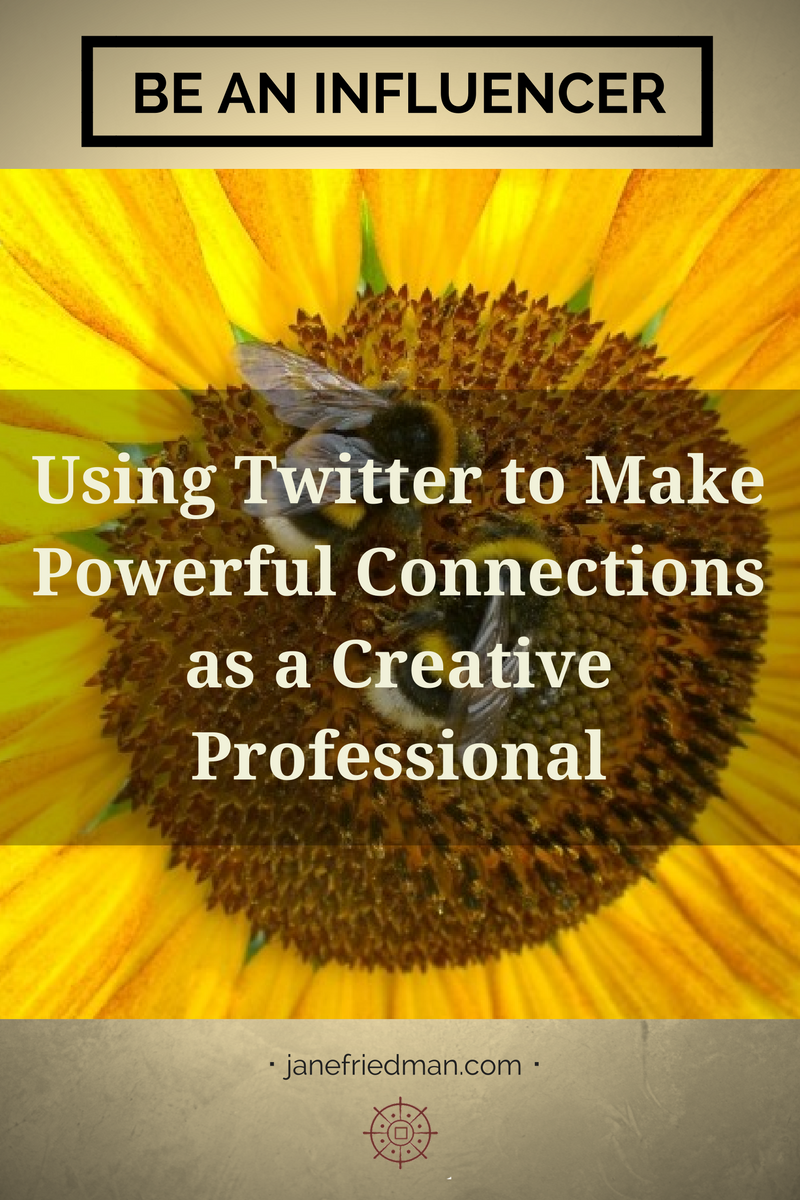 Dan Parsons is the bestselling author of eight books. His first Creative Business guide, The #ArtOfTwitter, was an Amazon Business bestseller and one of Book Authority’s Top 100 Digital Marketing Books of All Time. Its follow-up, Networking for Authors, has been featured on the popular blog The Self Publishing Formula and leading podcasts like The Indie Author Mindset where it was endorsed by USA Today bestseller Adam Croft.

Dan’s fantasy and horror novels (published under Daniel Parsons) have topped multiple fiction bestseller charts in four countries and have been used in the marketing campaign of a major Hollywood movie.