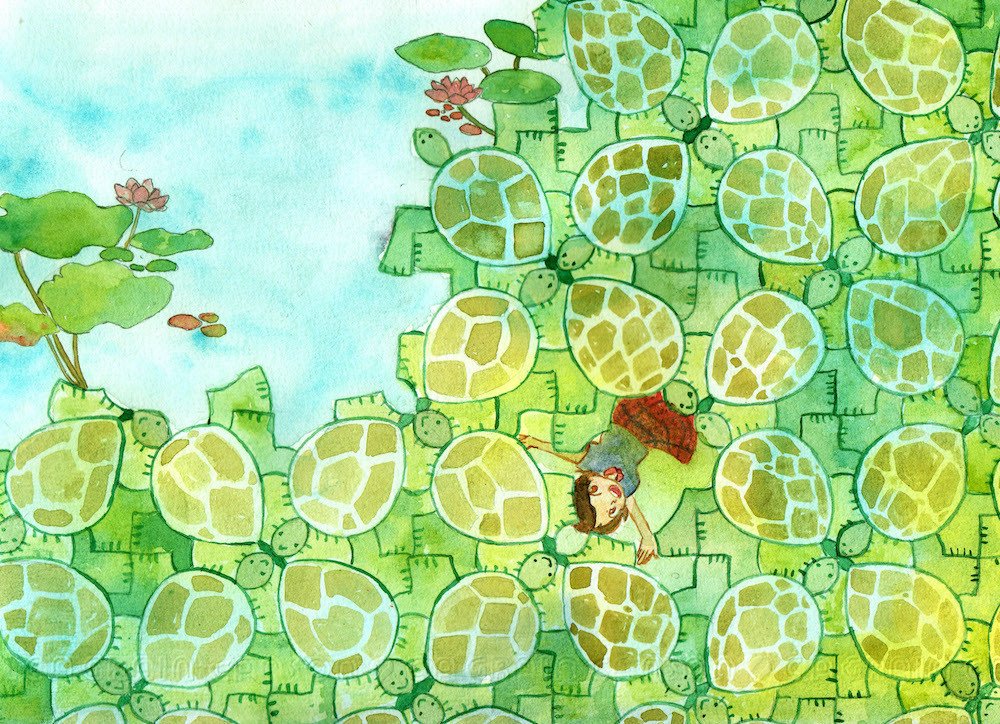 I never planned to produce a print edition of my children’s picture book, Tessalation! I had the text for the book sitting in a drawer for about a year and a half and decided on a whim in November 2015 to just get the thing illustrated, get it up on Amazon’s Kindle platform, and move on with my life.

But the best ideas often move on their own. The illustrator I had found through Fiverr.com, a young art student in Indonesia, began sending me her illustrations of my story within a few days—delicately rendered watercolor illustrations of narrative and patterned pages. 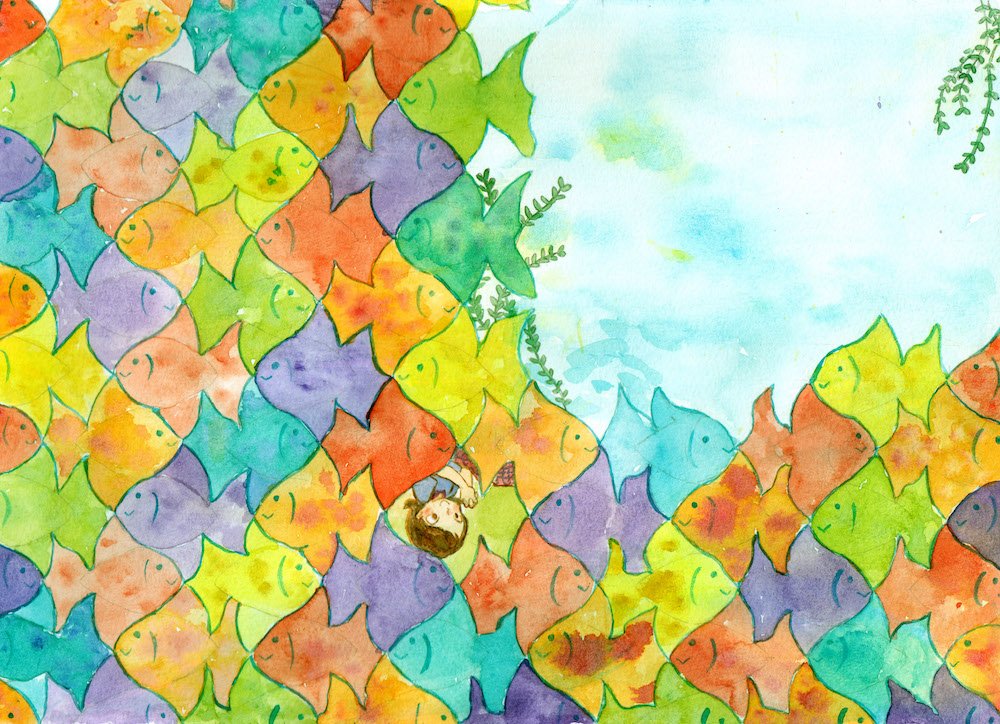 Of course they completely slayed me.

Of course I posted one of them on Facebook. Within a few minutes, friends were wondering where they could buy this book, and one friend, who runs a Waldorf-related books website, had offered to carry them in her store.

Then I was in a pickle. No one wanted a digital edition of Tessalation! They were teachers. They didn’t have iPads. They wanted to have something I had made in their hands. A few friends suggested that I was in a perfect position to try the crowdfunding platform Kickstarter.

After reading Jessica Abel’s excellent blog post One Goal to Rule Them All, I picked World Math Day as a launch date and prepared to send Tessa out into the world in early March.

Kickstarter is the perfect place for nerdy, awesome kids’ books. Its community is a testing ground for new cultural ideas, its users consisting of uber-educated digital trendsetters who value supporting new products and new ideas, especially when they move the needles on cultural trends.

If you’re going to kickstart a kids’ book, here are a few first steps:

Figure Out Your Angle or Your Pitch to Gather Support

In one way, Tessalation! is a book about a little girl who hides in tessellations (repeating tiled patterns), but it is really a story about discovering order in a chaotic world. For parents and educators who are looking for a through-the-back-door approach to talking about math concepts (like tessellations), my book provides a framework and a story to make the idea more memorable and, dare I say it, more fun.

My new friend, educator Christopher Danielson, creator of the tiling turtles math games, says it best: “Playing with tessellations is a fun and interesting way to play with organizing space in a particular way. The more opportunities children have to organize and structure two- and three-dimensional space, the richer the ideas they’ll form.”

That’s the math angle. But I had two more ideas to play with in reaching out to media influencers and journalists. First, the book stars a Chinese-American child. Tessa is half-Chinese because she is modeled after my niece. Though I didn’t know it when I wrote this book, I have since discovered that half of all children who read picture books in the US are non-white. Yet, Asian characters comprise only 2 percent of the characters in published children’s books. This idea has resonated with my backers, who believe in exposing their children to a variety of beautiful faces as they grow.

My book also taps into children’s deep need to get lost and found, in a physical and metaphorical sense. So in those early days, I reached out to media influencers who advocate on behalf of getting children outside in nature.

Most (but not all) of the early backers were friends and family. But as the campaign has progressed, I’ve noticed a trend of who else is excited by this book.

Understand the Kickstarter Math and Marathon

Knowing your audience is one thing; understanding Kickstarter’s particular math game is another. Kickstarter often states that the magic number for social proof is that one-fifth hurdle. If you can reach it on the first day, your project is far more likely to succeed. That gave me a nice benchmark to set for myself. In the weeks before the launch, I began tracking the project (and everything I’m learning) on my Children’s Picture Book Publishing Blog. On our first day, we reached 23 percent funding.

Kickstarter campaigns don’t just run themselves. They require active tending. Anyone will tell you it is a marathon. I can’t possibly list all the things that I’m doing to connect with possible funders and influencers around this book, but I’ll list a few just to show how creative I’m getting in my outreach.

One week into the campaign, Tessalation! is 60 percent funded and most of the people supporting the project are people I don’t know. I have stopped being worried about whether it will reach its goal. At this point, I’m confident in my abilities to find Tessa’s audiences. It’s just a matter of reaching out in the right way.