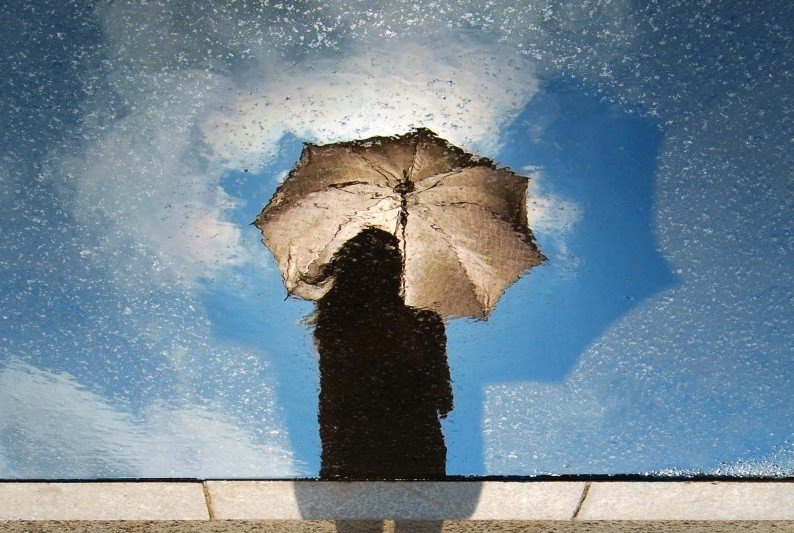 An emotional wound is so much more than a uncomfortable memory: it is a past traumatic moment that generates fear so deep it changes a person’s behavior and beliefs, often in negative, unhealthy ways. Wounds are something we all share because life can be a painful teacher.

As we know, real-world experiences should also make it to the page. Giving characters painful backstory makes them feel credible to readers. Often this backstory wound is shared with readers, as overcoming it will be key to the character moving forward and achieving their story goal (character arc). But when it comes to describing what happened, many writers jump headfirst into an info dump, hoping a summary will create a shortcut to empathy and “catch readers up.” Unfortunately though, info dumps often have the opposite effect, creating leaden and lifeless writing that may generate some sympathy, but not empathy.

It can be tempting to rush into telling. Emotional wounds are especially complex and showing the aftereffects is a lot of work. But using exposition for the wrong reason meddles with the golden rule: readers come to the page to experience something meaningful. So no matter how much elbow grease is needed to provide this experience, that’s what we must do.

Showing the impact of the past on a character’s psyche is best done through action because after a wounding event, behavior changes—sometimes drastically. A trusting, kind, and confident character who is victimized during a violent home invasion may become mistrustful, paranoid, and jaded toward the world at large. She may become obsessed with safety, feel anxious when home alone, and refuse to go out because she believes that if she was vulnerable in her own home, another attack could happen anywhere. Her mindset shifts from chasing dreams and obtaining desires to being motivated by fear and acting in ways that will ensure this painful event, or another like it, will not recur.

A character can remain in this dysfunctional state for years (or decades!), rationalizing their behavior and choices no matter how much it limits them. As writers, we want to showcase this harmful behavior so it will bookend the change the character will undergo during their arc. One way to show the impact of a wound is to use Defense Mechanisms—behaviors rooted in human psychology which will ring true with readers.

In the real world, when we see signs of a possible recurrence of a traumatic event or the negative emotions related to it, defense mechanisms kick in to protect us. They may not be good for us or our characters, but because they’re subconscious, we aren’t usually aware of them. When readers see the character repeatedly employing one of these shielding techniques, they’ll recognize when she’s being triggered and that the circumstance could point to a painful past event. Here’s a shortened list of defense mechanisms covered in my guide The Emotional Wound Thesaurus: A Writer’s Guide to Psychological Trauma.

Denial occurs when the character refuses to admit that the wounding event happened. It may begin with a verbal denial, but if pressure is increased, she’ll become more agitated. Depending on her personality, her behavior may progress to aggression or violence in an effort to stop others from pursuing the frightening topic. When it comes up in conversation, she either disengages and flees, or becomes confrontational.

Rationalization happens when the character tries to convince herself and others that what happened wasn’t so bad. The victim may also rationalize the behavior of the perpetrator. This can happen when someone abused by her boyfriend makes excuses for him: He’s only like this when he drinks, or I should’ve called to tell him I’d be late. A benefit of this mechanism is that it makes the wounding incident obvious. Then, when the character begins to try to normalize it, readers will see her unhealthy response and recognize that it’s altering her psyche in an alarming way.

Acting out is often written off as undesirable attention-seeking behavior, but it’s really an extreme way of expressing desires or releasing emotions the person is incapable of communicating in a healthy manner. Children are described as acting out when they become angry and throw a temper tantrum because they simply don’t know how to convey what they’re feeling.

As it relates to a wounding event, you can show this mechanism by putting the character into a situation in which a certain response is expected, then have her react in an overblown or unexpected way. For instance, a woman in a relationship with a controlling partner may desperately desire control herself but doesn’t feel comfortable asking for it. So when she’s feeling particularly oppressed, she steals things—things she doesn’t even need but is compelled to take.

Dissociation is a state of feeling disconnected from one’s body, emotions, or the world at large. This separation is a means of protecting oneself from unwanted feelings or triggers associated with a wounding event. In severe cases, the person exists in a constant state of dissociation, living in an ongoing rejection of what’s real. Memory loss is also dissociation; if your character can’t recall certain periods of time from the past, this can indicate that she’s protecting herself from a painful memory or event.

Compensation is the act of striving to prove to others and oneself that a real or perceived weakness doesn’t exist. In relation to wounds, it’s used to make up for a deficiency the character believes he exhibited during the past event or to regain something he lost because of it. This is usually accomplished by overemphasizing certain qualities, abilities, or physical characteristics to prove strength in the less-than-perfect area. A boy who was bullied for being weak may grow up with a fierce desire to prove his physical prowess—living at the gym, competing in combat sports, or taking steroids. 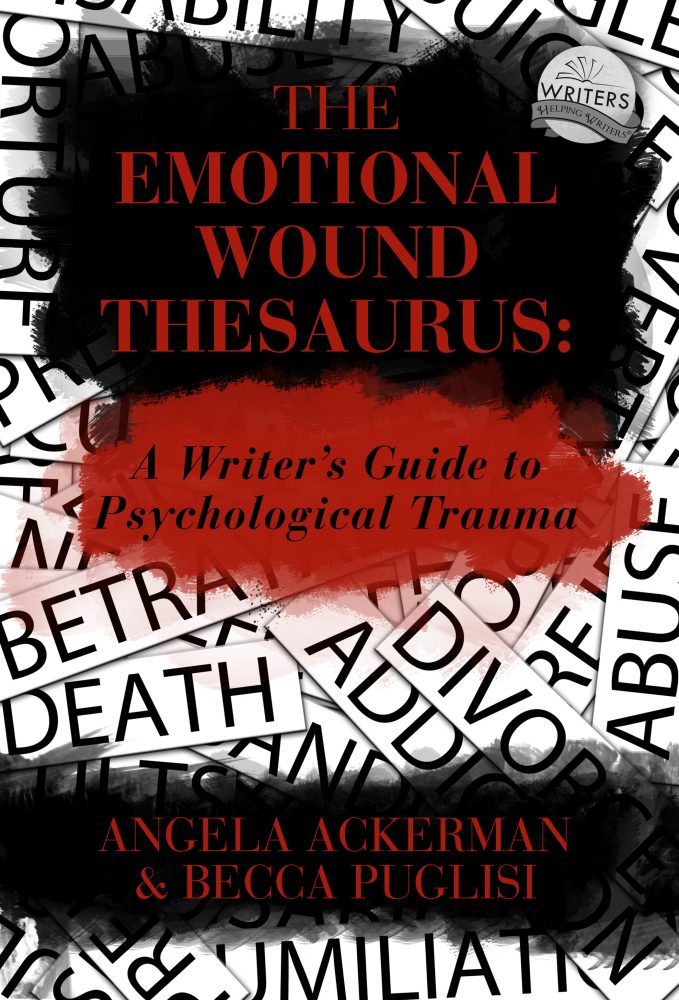 There are many other defense mechanisms to explore, but revealing aftereffects of the wounding incident through behavior allows you to show it a bit at a time while emphasizing the wound’s stifling weight. As the story progresses, the character’s fears, triggers, avoidances, defense mechanisms, and other responses will reinforce to readers that this isn’t simply an isolated event; it’s a debilitating past moment that continues to haunt the character years later, into the present.

For more help with emotional wounds, test drive the thesaurus, or access the expanded online version at One Stop for Writers, along with extensive tutorials, tools, and worksheets on writing emotional trauma.

Angela Ackerman is a writing coach, international speaker, and co-author of The Emotion Thesaurus: A Writer’s Guide to Character Expression and its many sequels. Available in ten languages, her guides are sourced by universities, recommended by agents and editors, and are used by novelists, screenwriters, and psychologists around the world. Angela is also the co-founder of the popular site Writers Helping Writers, as well as One Stop for Writers, a portal to game-changing tools and resources that enable writers to craft powerful fiction.