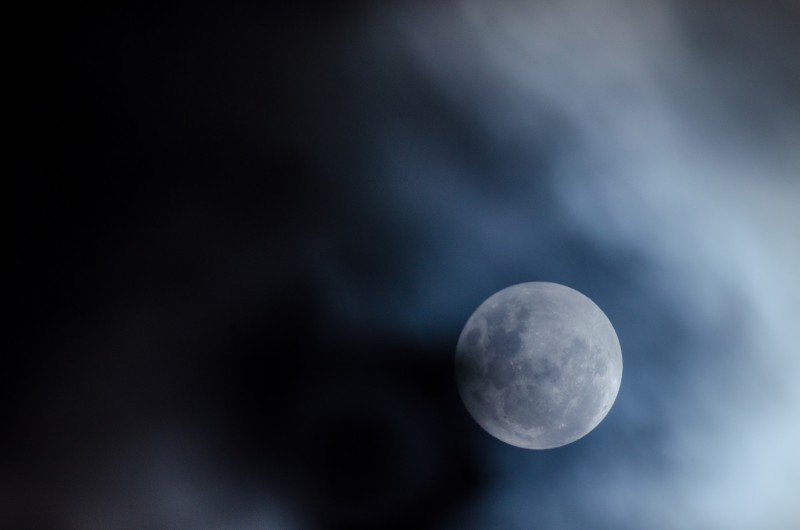 The clouds rolled across the moon, making it intermittently dark and light. Douglas Travis waited, hidden by the trees. He looked around, listening to the eerie silence, and shuffled his feet on the ground.

Leaves rustled and he heard the snap of dry branches. Footsteps fell from behind him approaching fast. As the clouds cleared and the moon shined bright, he caught a flicker of a shadow and turned.

No one there. He squirmed and looked at his phone for messages for the ninth time. Shaking his head in frustration he turned on his heels to leave only to face the figure in the black slicker.

“What took you so long? I’ve been waiting. Did you bring it?” Douglas said, nervous. “Never mind, this ain’t right. I change my mind,” he continued, looking down at the ground.

When he looked up, the figure was holding a syringe.

The assailant plunged the needle into the boy’s neck. Douglas Travis jerked backward, and slammed against a tree, fighting against the branches that seemed to try and catch him in a web of their grasp.

The boy was beginning to turn a bluish color, snorting sounds exploded from his mouth. The figure in the black slicker fled through the woods while the boy made a desperate clutch for his cell phone.

Ashen and weak with barely a pulse, he had meant to push the keypad to dial for help, but pushed the button for the camera instead, and began filming his last breath while catching a distant fleeing shadow. Other eyes then glowed in the dark night.

We read fiction largely to learn two things: (1) what has happened, and (2) what’s going to happen next. Question #2 is the one raised by the condition called suspense, the state of anxiety produced by uncertainty. In real life, suspense is often unpleasant. In a work of fiction, however, it’s both desirable and pleasurable. It causes a mental itch that can only be scratched by turning the page.

In my years of reading works-in-progress, I’ve identified two main kinds of suspense, the good kind and the not-so-good kind. The good kind is what I call “true suspense.” It’s the kind of suspense that raises the question, “What’s going to happen next?” and that arises organically and authentically from characters and their actions as conveyed to us through a firmly established, consistent viewpoint.

The other kind of suspense I call “false suspense”: suspense generated by an author who, intentionally or otherwise, withholds information. It’s the sort of suspense created by not knowing that seven year-old Sally’s kidnapping by Martian pirates is really only a dream.

On this first page of a mystery novel the author generates both kinds of suspense.

Putting the police report paragraph aside, on a quick first read the rest of this page goes down well. The writing is sensuous, engaging our eyes first (those clouds rolling across the moon, painting the scene in noir shadows and light), then our ears (rustling leaves, snaps of dry branches). True, the author might have appealed to other senses as well (the musty forest smell, its chilled dankness), but two out of five isn’t bad. And no one can argue that the scene lacks mystery, surprise, or suspense. Indeed, this first page packs plenty of all three into a very small space.

But with my second closer reading a nagging suspicion is confirmed: namely, that this skillful author has subverted her narrator and imposed her own cherry-picked view of things, one that disengages me from her protagonist’s perceptions and, as a result, from the fictional world that I had inhabited through his perceptions.

This opening page has no consistent narrator, no clear point of view. How can that be?

Let’s read it closely, starting with the sentence “The clouds rolled across the moon, making it intermittently dark and light.” So far the ostensible point of view is neutral or objective, with the experience belonging to no one (or to the clouds). Presented as the character’s experience, the sentence might be combined with the next to read, “Hidden behind trees, Douglas Travis watched as clouds rolled over the moon, casting the forest into alternating shadow and light.” As for “Douglas Travis waited, hidden by the trees,” it, too, is neutral: it could be from Douglas’ perspective, or not. However the sentence after that (“He looked around, listening to the eerie silence, and shuffled his feet on the ground.”) plants us firmly in Douglas’ sensibilities, as do both sentences of the next paragraph, through Douglas’ ears (the snap of branches) and his eyes (the flicker of a shadow).

With the last two paragraphs, increasingly jarring shifts in perspective occur, with (in the third-to-last paragraph) Douglas referred to as “the boy”—a designation that fits an outsider’s perspective, but not his, and then, in the penultimate paragraph, us watching “the boy” turn “a bluish color” (that he cannot see) and hearing the “snorting sounds [that] explode from his mouth.” The last paragraph drops the boy’s perspective entirely, with the scene’s final moments relayed from a neutral, objective distance per the clouds in the first sentence. We’ve gone from Douglas’ subjective experience to the objective experience of “the boy” to camera-like objectivity. At the moment when my investment in Douglas’ subjective personal experience is greatest, I’m no longer in Douglas’ shoes, but in the equivalent of a movie theater, watching him. Not only does this void my investment, it suggests that it wasn’t sound to begin with: that there never was a clear POV strategy to this scene, that what I’ve been getting all along isn’t a genuine narrator with a firm perspective, but the author’s POV, omniscience by default. Point of view is the difference between the author and the narrator.

The last paragraph (“Ashen and weak with barely a pulse…”) tries to reclaim Douglas’ perspective, but it does so too little and too late. By then we’ve already lost faith in that investment and sold our shares. In case we haven’t, the last sentence (“Other eyes then glowed in the dark night”)—which, given that Douglas is presumably dead or unconscious, conveys an experience well beyond his grasp—puts the final nail in this narrator’s coffin. Though it resembles a fictional experience, that last sentence is pure information doled out by an astute but obtrusive author.

Does point of view need to be consistent? Yes, which isn’t to say it can’t move around; it can—consistently, through the authority of a narrator who, for whatever reason, is able to move from one perspective to another, and does so in ways that don’t disorient and are never arbitrary. In any scene the perspective may change; the narrator doesn’t.

When point of view problems arise, it’s usually either a case of the author not having fully engaged a narrator, or not having surrendered to their authority. Writing teachers are known to say, “Trust the reader.” I say, “Trust your narrator.”

He ran in the early morning, floating like a specter amid the tall, wet pines of the Wisconsin forest. His thick hair curled from the mist. His lungs burned. His breath stank of beer and cigarettes. At the road, he stopped and swiped his glasses on his baggy sweatshirt. Late June, and the damp, cold spring had yet to give way to summer.

Three months earlier, Dave Cubiak had left Chicago, steering a small rental car north along the Lake Michigan shore, across the Illinois state line, and up two hundred miles to the Door County peninsula. He was forty-two, a former cop undone by the deaths of his wife and daughter, who had been killed in an accident he believed he could have prevented.

The move was supposed to be a fresh start.

Instead, it was a mistake.

Grief stricken, guilt ridden, and often drunk, Cubiak felt like a blot on the tourist landscape, a reclusive misfit among the friendly locals, people who waved even to strangers. He had committed to staying one year and had nine months to go. The time it took to grow a baby, to figure out what next.

Cubiak adjusted his glasses and bent over, his hands on his knees. For a moment, he thought of his mother and felt ashamed. He had failed her; he had failed everyone.

A sharp wail shattered the stillness, and through old habit Cubiak straightened, trying to pinpoint the source. A seagull wheeling over the bay? In his new job as park ranger, he’d sometimes watch the plump birds dive-bombing the water, full of avian bravado. Perhaps the sound had been made by a red fox on the prowl. Or the wind. Silence again. The forest gave away nothing.

The opening of Patricia Skalka’s Death Stalks Door County has much in common with our first page, but with a crucial difference: It invests us swiftly by way of its narrator in a character’s perspective. Having done so, it honors that investment. I’ll leave it to you to discover what fate has in store for Mr. Cubiak, but damned if this opening creates no suspense. Were the first page in question written as deeply from Douglas’ perspective, it would shed some false suspense but gain more of the genuine article and intensify our sensory immersion in the scene.

Other notes: Prologues are quaint and can be cheesy. The police report topping this one is effectively the prologue of a prologue, and makes for a stammered opening. I’d cut it and call the rest Chapter One, or make the report the prologue without calling it such.