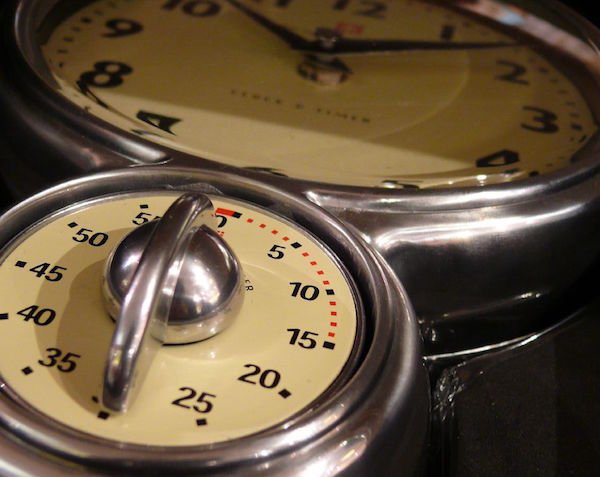 Seven years later, Twitter is one of my favorite platforms. Using Twitter, I found my first writing mastermind group, landed podcast interviews with power influencers like Problogger’s Darren Rowse, and was once retweeted by Vanilla Ice. Twitter is the quickest way to interact with both the authors you love and the readers you hope to have for your books.

But, like any form of social media, Twitter can devour your time. Being intentional has helped me get the most out of Twitter in the least amount of time. I want to share with you a 15-minute daily plan that will help you utilize Twitter to connect with influencers and your ideal audience. I only wish I could travel back to 2009 and give this to myself!

Before we dive into the details, you need to think about your goals and the kinds of people you want to connect with on Twitter. It is important to be a creator (sharing your own content) and a curator (sharing the content of others). Be intentional about the tweets you create and curate. Ask yourself if your tweets will be relevant to the audience you want to build or will help you connect with influential Twitter users.

Each of these tools is free, but has a paid version. My recommendation is always to use free unless the paid version has something that saves you time or makes you more effective.

Hootsuite or Buffer will help you create lists (which you can also do natively in Twitter) and schedule tweets. These are not the only Twitter tools, but by far the most popular. Buffer has some great Chrome extensions, while Hootsuite allows for unlimited scheduled tweets. Pick the one that works best for you. I almost never use Twitter itself, but manage Twitter through Hootsuite.

Manageflitter will help you manage followers. Making exceptions for those who share fantastic content, I will unfollow users if they do not follow me back. (I usually give them a few weeks to follow back before I unfollow.)

Before you can manage Twitter in 15 minutes a day, you’ll need to set up lists and populate them with relevant people. Using Buffer or Hootsuite, create a few basic lists centered around your activity: “tweets I’ve sent,” “mentions,” “my tweets people have retweeted,” “direct messages,” “my scheduled tweets,” and “my home feed.” Those help you manage your own feed.

Then create lists based around the influencers whose content you plan to share. As an example, you might have lists like these: “Writers I Love,” “People Tweeting about Writing,” “Bloggers Who Review Books,” “Publishers & Agents.” You have the option to set your lists as private, which means they are not visible. Private lists are especially important if you choose list names like: “The People I Really Like” or “Influencers I Wish Were My BFF.” Here is a glance at a few of my lists in Hootsuite:

Tip: See how the tweets with images catch your eye? Utilize images in 50 percent of your tweets to spark more engagement! The best size is 440 x 220 pixels.

Step 2: Connect with Other Influencers in Your Sphere

Seek out influencers in your niche or people successful in what you hope to do. Follow your favorite writers in all the genres you read, but especially the genre you want to write. You may also want to look for agents, publishers, relevant magazines, or bloggers who write about writing or books. Follow them and add them to different lists as you do. Add lists as necessary.

Step 3: Connect with Their Influencers

Scroll through the list of people your influencers follow and follow anyone relevant. If your favorite writer with 100,000 followers only follows 200 people, chances are they are significant. Add these people into your lists.

Step 4: Connect with Their Followers

If you want to attract the same kinds of readers as Gillian Flynn, follow her followers. Consider making a “Potential Readers” list or a “Book Lovers” list and add these people there. You can also look through the feeds of these people to see the interests and activities of your potential readership.

That’s a lot of following! But because people often follow back, this is a good way to build your following. You can only follow 2,000 people a day (and if you have time for that, you are spending too much time on Twitter). The goal is to follow people who are interesting to you and who might be interested in you. The purpose of lists is to help you organize these followers and to have an easy way to curate content.

Set a timer so you don’t fall into a social media black hole. And by all means, spend more time if you want to get serious about building up your Twitter account. But remember your overarching goals: do you want to be known as a Twitter power user or as a novelist? Where you spend your time reveals the answer.

Respond to Any Mentions or Retweets: 3 Minutes

Start by checking your lists where you can see any engagement. Who has responded to your tweets? Respond back. (If you want to take it a step further, see if they have any valuable tweets to retweet.) Who has shared or retweeted your content? Thank them for sharing. People love to see that you’re paying attention and it makes them more likely to share again.

Schedule Your Own Tweets: 3 Minutes

Schedule daily shares of your content. This may be links to your books on Amazon, blog posts or guest posts you have written, or links to your Instagram or Facebook posts. The goal is to craft great tweets that inspire sharing, so be intentional with your wording. I use the autoschedule feature in Hootsuite, which allows you to choose how many tweets you want to go live in a day and between what hours. This saves the time of having to choose a specific time and day. Mix up your posts! Use images. Try the poll feature or ask a question. Don’t just post links to your content.

Tip: Leave at least 24 characters in each tweet so that they are not too long for people to retweet.

(This step and the next may be done in the same chunk of time.) Glance through your influencer lists and engage with any tweets that spark a response. Be genuine and don’t be desperate or spammy.

Schedule and share content from the influencers in your sphere. As with every stage of this, consider the kinds of content that will attract your ideal readers or audience. If there is enough room in each tweet, I will add a brief comment—or you can use the Quote Tweet feature in Twitter itself, which allows you to say a little more.

Use the remaining time to find new people to follow using the same process you used during setup. This continues to give you new content to share and may connect you with people who want to read your work.

Not everything can fit into a 15-minute chunk, so you may set aside one of your 15-minute periods to do these next tasks, or schedule separate time for Twitter in your week.

Whether you stick to this exact plan or adapt your own, the key to building a targeted audience on Twitter is being intentional, relevant, and active. Create and curate content to draw your ideal readers. Connect with relevant influencers in your niche as well as the kinds of people who want to read what you write. Find community through Twitter chats. Pay attention to what’s working and do it again and again.

Above all, manage your time on social media well so that you build a platform while writing, rather than instead of writing.

Kirsten Oliphant has an MFA in fiction from the University of North Carolina at Greensboro and is the creator of the Free Email Course to help de-mystify email lists for bloggers & writers. She writes about authentic platform building at Create If Writing and interviews writers, bloggers, and other creatives on the Create If Writing Podcast. You can find her tweeting as @kikimojo or sign up for free monthly workshops on list-building, image creation, or other helpful training.