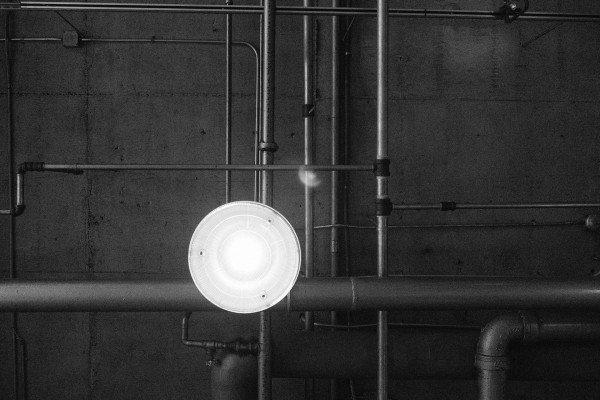 Over the summer I launched an email newsletter for authors, The Hot Sheet, in partnership with journalist Porter Anderson. We track the most important publishing and media industry news, and offer analysis specifically for an audience of authors. We include only what you need to know to make the best business decisions for your career.

In today’s post, I’m rounding up some of the most important headlines and stories that we reported on that every writer should keep an eye on in 2016.

If you’d like to receive my perspective on such issues (and more) on a biweekly basis, then consider becoming a Hot Sheet paid subscriber.

1. We’ll need to learn how to market books in a mobile-reading future.

A Wall Street Journal trend piece, “The Rise of Phone Reading” (Aug. 12, 2015), discusses new research from Nielsen showing a growing number of people read on their phones—leading to the conclusion that the future of digital reading will be on the phone, not tablets or e-reading devices.

A range of publishers, authors, and retailers—including Amazon and Apple—went on the record to share impressions of what the data (and anecdata) means. Some of the implications:

All this isn’t to say that print is going away. In fact, Judith Curr of Atria was quoted saying that the future of reading will be on both the phone and in print. But such trends may inform how your next marketing plan comes together, and they may also call to mind the increased sales of digital audio—see the next item below.

2. For optimism in publishing, take a look at audio storytelling.

Digital audiobooks are the biggest growth area for the book publishing industry. According to the Association of American Publishers, in 2014, the category grew about 27 percent in terms of units and revenue over 2013.

Similarly, podcasting is enjoying more popularity than ever. In 2014, the podcast Serial marked a renaissance for audio storytelling, with an audience of 40 million; last year, Apple reported podcast subscriptions had reached 1 billion overall.

And The New York Times just reported on a book deal that resulted from the fictional podcast Welcome to Night Vale. The creators of the show were drawn to podcasting because of the low barrier to entry and minimal cost.

However, earlier this month, MarketWatch published a misleading article reporting that audiobooks are outselling print. Well, yes and no. It is possible to find specific books that sell better in audio than print, but they’re the exception rather than the rule. Furthermore, the MarketWatch article looks at a very specific phenomenon: the growing fame of audiobook narrators and their impact on sales.

Both publishers and authors are putting more time, energy, and consideration into the creation of audiobook editions—and narrators of bestselling titles are becoming recognized and highly sought after. (Celebrities are also getting called in for high-profile projects.) Savvy authors treat audiobooks as unique and valuable creations in their own right, not as an afterthought.

Amazon KDP is Amazon’s ebook self-publishing service, and KDP Select is their distribution option in which authors choose exclusivity with Amazon for ninety-day intervals in exchange for availability through the Kindle Unlimited (KU) and Kindle Owners’ Lending Library (KOLL) programs.

Over the summer, there was a lot of anxiety around announcements that on July 1, Amazon would begin paying KDP authors on a per-page plan for KU and KOLL borrows. Up until then, authors were paid if a user read 10 percent or more. Many writers had gamed that system, some with infamous fifteen-page erotica. Others broke larger works into smaller ones, all to get paid for “books” that weren’t.

Now, authors are beginning to see how the change to being paid per-page plays out. Hugh Howey and J.A. Konrath have posted their conclusions, Konrath with dollar figures. Both writers are supportive of the results. Konrath and Howey have sizable backlists, of course, and are in a special “indie bestseller” category. They’re called outliers by some for this reason. But if you consider one or both of them representative of indie author business practices, then the new payment model appears to reward quality (which sustains readership).

Then, for November, there was yet another change to KU and KOLL payouts—Amazon announced that per-page payments would differ based on the country in which the book was borrowed.

In other words, there’s not as much money coming from a subscriber in India as from one in the United States, and Amazon says that market factors “such as exchange rates, customer reading behavior,” and subscription prices are now to be reflected in how its per-page payouts are calculated for authors.

Last month, Michael Cader at Publishers Lunch analyzed Amazon’s payout changes between July and October 2015: “The total pool of money paid out has grown $900,000 since July (+8 percent)—while pages read have gone from $1.99 billion up to $2.58 billion (+30 percent).”

Expect more changes to come to KDP and KU payouts for self-publishing authors. When the ebook subscription service Oyster folded in September, we all saw a lot of “I told you so” going around because the all-you-can-read-plan has long been called an unsustainable business model by publishing insiders. You don’t have to be good with numbers to see how a $9.99/month subscription plan could become unprofitable with even moderate reading or sampling.

Keep in mind Big Five publishers do not currently offer their books through Kindle Unlimited (with extremely rare exceptions).

No doubt you’ve already seen the New York Times headline “E-Book Sales Slip, and Print Is Far from Dead” and encountered lots of speculation as to whether that story is accurate.

Not really. Hardcover sales are down more than 10 percent this year. As Michael Cader pointed out in Publishers Lunch, “Print sales are down more [than ebook sales] in percentage terms, and down more in aggregate dollars.” Across the board, overall sales volume hasn’t changed much: in 2015, print sales are up 2 percent, just as they were in 2014, according to Nielsen Bookscan data.

Also, Barnes & Noble (B&N) is not exactly flourishing in the way you would hope if print books are making a comeback. Since August 2015, their stock has dropped 67 percent. In 2013, the bookseller said they planned to close about one-third of their 689 stores over the next decade. Industry insiders speculate that, over time, shelf space or title selection may decrease at B&N.

But aren’t independent bookstore sales increasing—isn’t that a bright spot? Independent bookstore sales have not made up for the declines sparked by the Borders bankruptcy in 2011, despite positive media attention on their resurgence. Also, while American Booksellers Association (ABA) membership has grown, there are lots of ways to be a member of ABA: you can be a used bookstore, a book fair organizer, a mail-order catalog, etc. So take those “increases” with a huge grain of salt. Instead, focus on the shift taking place on where print books are sold, and keep your eye on Amazon’s share of the print book market.

5. Independent authors will focus more on international markets for growth.

At writing and publishing industry events alike this year, you’ll find growing attention and conversation on the growing global market for ebooks. For example, the leading organization for self-published authors, Alliance of Independent Authors (ALLi), has launched a Going Global campaign to search for meaningful international direction for authors.

There are three distinct types of opportunities for work in the global market:

The first option is a no-brainer for self-publishing authors who use the major digital distribution services. Basically, authors only need to give the retailer or distributor permission to make their English-language work available for sale in other territories, assuming you hold the rights.

The challenge, however, is that ticking a box—for the Philippines or Cameroon or France—means only that your book appears in that country’s online store; it doesn’t mean that readers know your book exists. Visibility and marketing in another country remains a tough nut for authors to crack.

The second option (selling rights) takes time and energy without an agent, and is typically outside the ability or expertise of the average author. There are services like IPR License that are trying to make it easier.

The third option—paying to have work translated—is the highest risk. However, more and more services are emerging that help authors navigate the foreign rights and translation landscape (such as BabelCube and FibeRead). However, while there is opportunity, selling translations entails high risk and potentially low return on investment.

If you enjoyed this post, then sign up for a free 30-day trial to The Hot Sheet, my biweekly newsletter for authors on the the publishing industry. 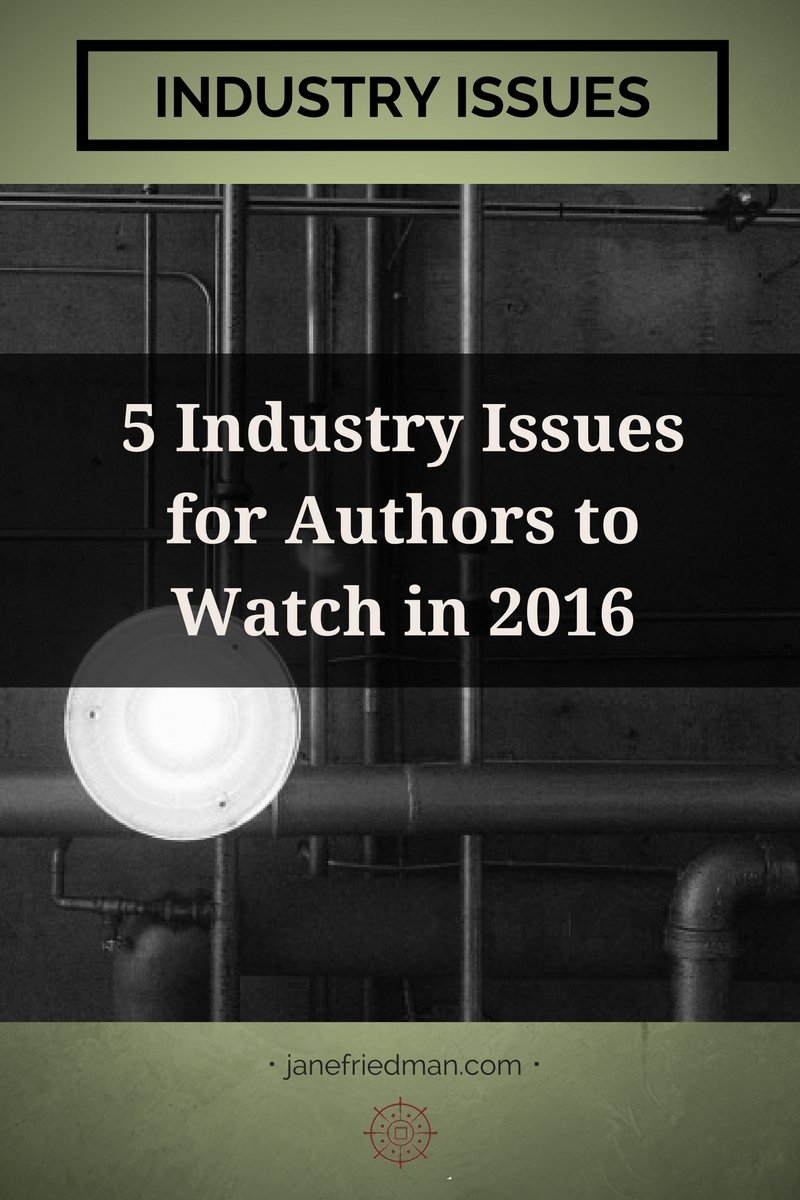