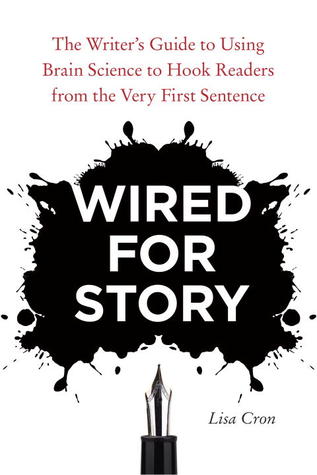 We think in story. It’s hardwired in our brain. It’s how we make strategic sense of the otherwise overwhelming world around us. Simply put, the brain constantly seeks meaning from all the input thrown at it, yanks out what’s important for our survival on a need-to-know basis, and tells us a story about it, based on what it knows of our past experience with it, how we feel about it, and how it might affect us. Rather than recording everything on a first-come, first-served basis, our brain casts us as “the protagonist” and then edits our experience with cinema-like precision, creating logical interrelations, mapping connections between memories, ideas, and events for future reference.

Story is the language of experience, whether it’s ours, someone else’s, or that of fictional characters. Other people’s stories are as important as the stories we tell ourselves. Because if all we ever had to go on was our own experience, we wouldn’t make it out of onesies.

So, What Is a Story?

Contrary to what many people think, a story is not just something that happens. If that were true, we could all cancel the cable, lug our Barcaloungers onto the front lawn, and be utterly entertained, 24/7, just watching the world go by. It would be idyllic for about ten minutes. Then we’d be climbing the walls, if only there were walls on the front lawn.

A story isn’t simply something that happens to someone, either. If it were, we’d be utterly enthralled reading a stranger’s earnestly rendered, heartfelt journal chronicling every trip she took to the grocery store, ever—and we’re not.

A story isn’t even something dramatic that happens to someone. Would you stay up all night reading about how bloodthirsty Gladiator A chased cutthroat Gladiator B around a dusty old arena for two hundred pages? I’m thinking no.

So what is a story? A story is how what happens affects someone who is trying to achieve what turns out to be a difficult goal, and how he or she changes as a result. Breaking it down in the soothingly familiar parlance of the writing world, this translates to

As counterintuitive as it may sound, a story is not about the plot or even what happens in it. Stories are about how we, rather than the world around us, change. They grab us only when they allow us to experience how it would feel to navigate the plot. Thus story, as we’ll see throughout, is an internal journey, not an external one.

All the elements of a story are anchored in this very simple premise, and they work in unison to create what appears to the reader as reality, only sharper, clearer, and far more entertaining, because stories do what our cognitive unconscious does: filter out everything that would distract us from the situation at hand. In fact, stories do it better, because while in real life it’s nearly impossible to filter out all the annoying little interruptions—like leaky faucets, dithering bosses, and cranky spouses—a story can tune them out entirely as it focuses in on the task at hand: What does your protagonist have to confront in order to solve the problem you’ve so cleverly set up for her? And that problem is what the reader is going to be hunting for from the get-go, because it’s going to define everything that happens from the first sentence on.

Questions to ask yourself

If you enjoyed this excerpt, then you’ll love Wired for Story. Chapters cover the basics elements of fiction, such as protagonist development, conflict development, and story structure. Click here to read more about the book at Amazon.

Reprinted with permission from Wired for Story: The Writer’s Guide to Using Brain Science to Hook Readers from the Very First Sentence by Lisa Cron © 2012. Published by Ten Speed Press, an imprint of the Crown Publishing Group.

Lisa Cron spent a decade in publishing, first at W.W. Norton in New York, then at John Muir Publications in Santa Fe, NM, before turning to TV. She’s worked on shows for Fox, Bravo and Miramax, and has been supervising producer on shows for Court TV and Showtime. She’s been a story consultant for Warner Brothers and the William Morris Agency in NYC, and for Village Roadshow, Icon, The Don Buchwald Agency and others in LA. For years she’s worked one-on-one with writers, producers and agents developing book and movie projects. Lisa has also been a literary agent and for the past five years, an instructor in the UCLA Extension Writers’ Program, where she currently teaches.