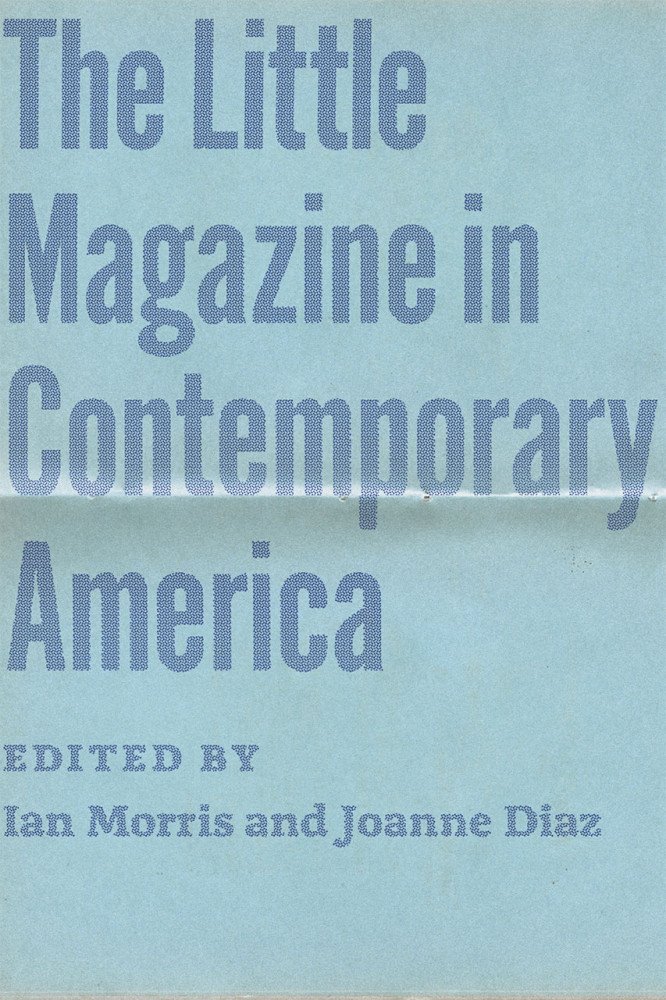 I’m a proud contributor to an anthology releasing this week from the University of Chicago Press, The Little Magazine in Contemporary America, edited by Ian Morris and Joanne Diaz.

The collection features 23 prominent editors whose magazines have flourished over the past 35 years. You’ll find insights into how their publications sometimes succeeded, sometimes reluctantly folded, but mostly how they evolved and persevered. Other topics discussed include the role of little magazines in promoting the work and concerns of minority and women writers, the place of universities in supporting and shaping little magazines, and the online and offline future of these publications.

My essay, perhaps unsurprisingly, speculates on what’s ahead for little magazine publishing. It’s titled “The Future of the Gatekeepers.” (Read advance reviews of the entire book here.) Other contributors include:

I’ll be discussing this topic at a panel this week at the annual AWP Conference in Minneapolis, on Friday, April 10, at 10:30 a.m. Official description:

The Little Magazine in America: Where Are You Going, Where Have You Been? (Jeffrey Lependorf, Don Share, Ian Morris, Jane Friedman). A diversity of literary magazine experts discuss and debate the sometimes secret history and roles of “the little magazine” in America. Where do literary magazines seem to be headed now? What other routes might they take?

You can catch me on another panel related to literary journals on Saturday, April 11, at 3:30 p.m.:

If you’re also headed to AWP this year, I’ve curated a list of sessions focused on the business side of writing and publishing.