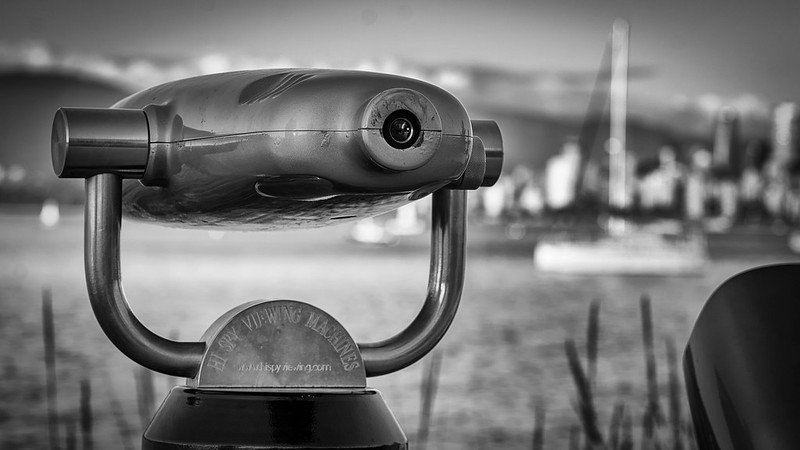 Today’s guest post is an excerpt from the new third edition of Tell It Slant: Creating, Refining, and Publishing Creative Nonfiction by Brenda Miller and Suzanne Paola.

Ironically, while creative nonfiction and memoir writing can be a tool of self-discovery, you must have some distance from the self to write effectively. You must know when you are ready to write about certain subjects and when you are not—when you are still sorting them out for yourself. Perhaps you will be able to write about a small aspect of a large experience, focusing your attention on a particular detail that leads to a larger metaphorical significance.

This is not to say that creative nonfiction or memoir is devoid of emotion; on the contrary, the most powerful nonfiction is propelled by a sense of urgency, the need to speak about events that touch us deeply, both in our personal history and those that occur in the world around us. The key to successfully writing about these events is perspective.

As readers, we rarely want to read an essay that smacks either of the discourse appropriate to the “therapist’s couch” or “revenge prose.” In both cases, the writer has not yet gained enough perspective for wisdom or literature to emerge from experience. The writer may still be weighed down by confusing emotions, or feelings of self-pity, and want only to share those emotions with the reader. In revenge prose, the writer’s intent seems to be to get back at someone else. The offender does not emerge as a fully developed character, but only as a flat, one-dimensional incarnation of awful deeds. In both cases, it is the writer who comes out looking bad.

The best writers also show a marked generosity toward the characters in their nonfiction, even those who appear unsympathetic or unredeemable. For example, Terry Tempest Williams, in “The Clan of One-Breasted Women,” writes an essay that is clearly fueled by anger, but it does not come across as personally vengeful or mean-spirited. Most of the women in her family died of cancer, an illness that could have been caused by the government’s testing of nuclear weapons in her home state. By channeling her energy into research, she shows herself as someone with important information to impart, aside from her own personal history. She creates a metaphor—the clan of one-breasted women—that elevates her own story into a communal one. By directing her attention to the literary design of her material, she is able to transcend the emotional minefield of that material. “Anger,” she has said, “must be channeled so that it becomes nourishing rather than toxic.”

In your own work, always be on the lookout for sections that seem too weighed down by the emotions from which they spring. Here are some warning signs.

On the page, your life is not just your life anymore. You must put your allegiance now into creating an artifact that will have meaning outside the self.

Brenda Miller is the author of five essay collections, most recently An Earlier Life. She also co-authored Tell It Slant: Creating, Refining and Publishing Creative Nonfiction, Third Edition and The Pen and The Bell: Mindful Writing in a Busy World. Her poetry has appeared in Tupelo Quarterly, Sweet, Bellevue Literary Review, and Psaltery & Lyre. Her work has received six Pushcart Prizes. She is a Professor of English at Western Washington University, and associate faculty at the Rainier Writing Workshop.

Suzanne Paola is the author of Make Me a Mother, a memoir and study of adoption; A Mind Apart: Travels in a Neurodiverse World; and Body Toxic. Her work encompasses the environment, mental health and diversity, spirituality, the sciences, parenting and other subjects. Grants and awards include a New York Times Notable Book and best book of the year listings by Spirituality and Health, Science and Spirit, and Library Journal. She has also received grants from the National Endowment for the Arts and other agencies. She teaches at Western Washington University.

Thank you for this post! I started adding posts to my new author site. I usually write fiction and needed (without knowing it), a guide to write nonfiction. I ordered the book and greedily look forward to it…

[…] used by any writer, sometimes the advice is genre-specific. Brenda Miller and Suzanne Paola discuss the big memoir pitfall to avoid, Sam Bleicher talks about dealing with facts in science-based fiction, and Melissa Donovan has tips […]

What a wonderful post. Thanks and thanks again.
I’m doing a rewrite of a Memoir I wrote years ago due to another post on the subject I read on your blog, and now here’s this post just at the right time.