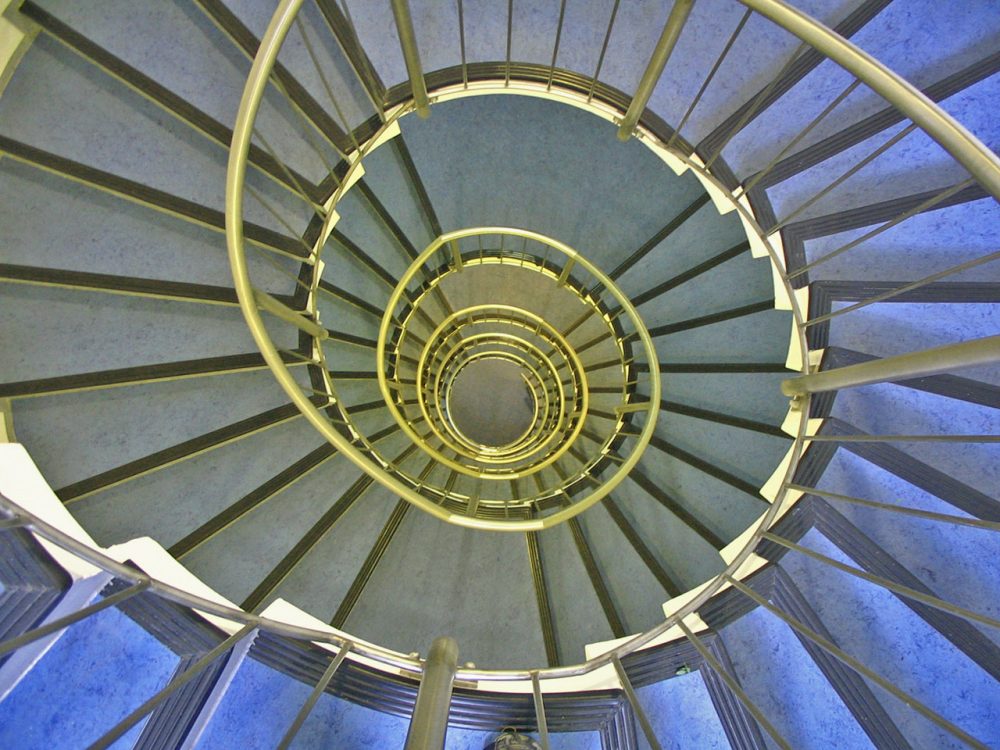 Today’s guest post by Jess Lourey (@jesslourey) is adapted and reprinted with permission from Rewrite Your Life, published by Conari Press, an imprint of Red Wheel/Weiser. It’s available wherever books and ebooks are sold or directly from the publisher.

We’ll start at the beginning. The gold standard definition of plot comes from fourth century BCE philosopher Aristotle, who believed plot, or what he called the sequence of events, was the most important component of a drama, even more important than the characters.

He believed that the events must be related to each other, and more than anything, that the plot must arouse emotion in the audience.

He broke plot structure into three acts, coinciding with the audience need for intermission. The first act includes the story setup, popularly referred to as the “inciting incident.” The stakes continue to rise in the second act and include a false victory, that point where you think the story is over but it turns out it’s not. The false victory is referred to as a major reversal because the trajectory of the story reverses. The climax comes in the third act, followed by the denouement, a French word meaning “to untie,” which perfectly describes the cleaning up of any loose ends that happens at the end of a narrative.

The first Star Wars movie is a great example of Aristotle’s three-act structure in action. The inciting incident occurs when Luke’s aunt and uncle are killed, which pushes him to leave the planet with Obi-Wan and sets the story in motion. The stakes rise in the second act when Luke rescues Princess Leia but loses Obi-Wan. The false victory comes when Luke, Leia, and Han escape the Death Star, but it’s not over yet. Darth Vader is gathering power and knows where the rebels are hiding. Luke destroying the Death Star with his one-in-a-billion shot is the climax, and the denouement is the awards ceremony at the end of the film.

In the late 1800s, a German writer, Gustav Freytag, came up with a modification of Aristotle’s model. (Because those with German blood are controlling and can never leave well enough alone; at least that’s what my first live-in boyfriend told me. Coincidentally, my ancestors on my mom’s side are from Germany.) Freytag’s main changes were to allow for more setup of the main character’s motivation in the beginning and to put the climax at the dead middle, which gives as much time to the untying at the end as to the setting up at the beginning.

The film version of The Wizard of Oz is the standard example for this model of storytelling. We learn about Dorothy’s dissatisfaction at home, much as we learn of Luke’s in the beginning of Star Wars, but Dorothy has the added motivation of needing to save Toto from being euthanized, escaping an incoming tornado, and squishing the Wicked Witch of the East, all of which weight the front end of The Wizard of Oz more heavily than was Star Wars’ first act. In addition, The Wizard of Oz climax appears in the dead center when Dorothy melts the Wicked Witch. There is still the Wizard to deal with, and the Scarecrow’s brain, the Lion’s courage, and the Tin Man’s heart to acquire, as well as Dorothy to get home, which counterbalances the longer beginning. So, where Aristotle’s three-act structure is more of a steadily rising line with a sharp drop at the end, Freytag’s structure can be visualized as a triangle with no bottom.

Joseph Campbell and the Hero’s Journey

Both Aristotle and Freytag’s methods of organizing plot have remained the standard bearers, with few alterations, until the 1960s when mythologist Joseph Campbell began to gain an audience for his theories of the hero’s journey. According to Campbell, stories are not only the binding agents of culture but also what binds our souls to our bodies.

In other words, humans need stories to survive.

Campbell went on to say—pulling in an impressive library of examples—that every myth, whether scratched on a cave wall or uttered by a holy priest or typed by a college freshman, comes down to one basic structure, or plot: the transformation of consciousness via trials. He broke this transformation into three steps, or acts: departure, fulfillment, and return.

Every single story, from the prehistoric to the biblical to the modern.

I do love the elegance of Campbell’s model, as well as the universality. So did and do many. You’ll recognize this departure-fulfillment-return structure in many movies, including The Matrix, O Brother Where Art Thou, The NeverEnding Story, and Lion King. I also appreciate Aristotle’s point about plot needing to affect the reader and scenes needing to be causal rather than episodic, and damn if most compelling narratives can’t be broken down into a three-act structure. And Freytag is right on the money when he points out that we need to feel an emotional connection at the beginning of the story.

But on the whole? Don’t feel married to anything you just learned about the academic models of story structure. The only reason I even mention them is that they might come up in a conversation, and I want you to sound smart. Some other words that are good for that are “schadenfreude,” “epitome,” “pulchritude” (it doesn’t mean what you think), and “recalcitrance.”

But actually trying to follow one of the academic models of narrative structure feels like donning a crown and elbow gloves to dig a ditch. Real writing, in my experience, is blue collar work, and that’s all there is to it. You have to dive into the heart of yourself and subsequently your characters, uncover what they want more than anything, throw obstacles—like life has done to you—into their paths, and follow them as they overcome them (or not) and get closer (and sometimes farther) from their goals. Every event has to lead directly to another event—it’s a cause-and-effect daisy chain.

It’s not just me who believes that the key to good plotting is to figure out what your character wants and follow them. Scratch a writer, and you’ll find out that very few of them use one of the classic structures when they craft. Writing professor Matthew Jockers conducted an interesting study that stylishly illustrates this point. Jockers designed a computer program that charts the emotional silhouette, or plot, of any book.

Jockers used best-selling novels for his study, including The Secret Life of Bees, The Lovely Bones, Gone Girl, All the Light We Cannot See, The Da Vinci Code, and The Notebook. When he programmed the narrative arc for each of these novels into his computer program, it spit out lovely data that resembles the spiky, random readouts you see in a heartbeat monitor. In other words, the plots of these best-selling novels have nothing in common—no clean three-act structure, no triangle without a bottom. Most novels do not follow the classic models. They adhere to their own internal pulse.

Turns out there is only one universal rule of plot, and it goes back to what Joseph Campbell uncovered: every single story worth telling is about transformation via trials. There is no pattern to that because each character’s evolution is as unique and as individual as your transformation or mine.

So, the good news—and the bad news—is that there is no one-size-fits-all formula for plot. The only certainty is that your character must somehow depart from their regular life to seek out what they want more than anything (love, justice, understanding, etc.), undergo transformative trials, and return to a different life than they lived before.

This is beautiful, right? Crafting plot is where the real transformation of self begins, and where the blood-and-guts of writing gets a test drive. You already have an idea of your genre, your novel idea, and your protagonist and antagonist. The next step is to decide what your protagonist wants more than anything, to throw obstacles into their path, and to follow them through their transformation. And you’re going to make sure that what your protagonist wants is also what you want so that you can put the authenticity and energy into it that best-selling fiction requires.

There Isn’t a Formula, But There Are Some Rules

Also, when you’re choosing a goal for your protagonist and subsequently structuring your story, it might be helpful to know while there isn’t a formula for plot, there are some hard-and-fast rules.

That’s it. The rest of the narrative is your canvas to explore.

If you enjoyed this post, I highly recommend Jess Lourey’s Rewrite Your Life.

Jess Lourey (rhymes with "dowry") is a bestselling Agatha, Anthony, and Lefty-nominated author known for her critically-acclaimed Mira James mysteries, which have earned multiple starred reviews from Library Journal and Booklist, the latter calling her writing "a splendid mix of humor and suspense." Jess also writes nonfiction, edge-of-your-seat YA adventure, magical realism, and feminist thrillers. She is a tenured professor of creative writing and sociology, a recipient of The Loft's Excellence in Teaching fellowship, a regular Psychology Today blogger, and a TEDx presenter (check out her TEDx Talk for the surprising inspiration behind her first published novel). When not teaching, reading, or dorking out with her family in Minneapolis, you can find her dreaming of her next story.