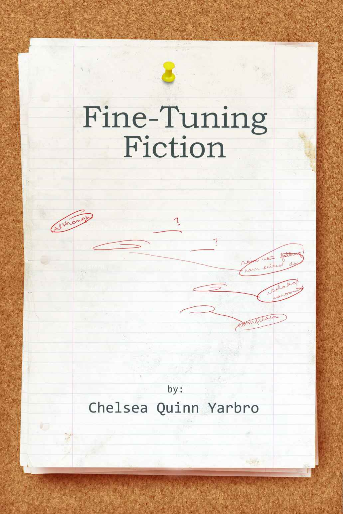 Every story moves at its own pace, or the speed at which the narrative advances. Generally, stories tend to pick up speed as they near the end, although you’ll find exceptions when they slow down, such as Shakespeare’s Othello, which draws out the suspense and leaves a sense of foreboding that sets up the last scene.

So how fast is fast enough? There is no formulaic answer to that question. Each story will reveal its internal rhythm if you take the time to work the story through in notes before getting down to actual writing. Just as in music, contrasting rhythms make for more interesting listening, so in storytelling, shifts in pacing can lead to a more compelling narration. It needn’t be worked out as in a musical score, but being aware of different speeds in story development can add to the strength of the work. This preliminary effort—for some writers, the first draft, for others, the developmental notes—may take a while to complete, but once it is done, the story will be more easily written than if you do not think it through first.

Not all characters want to move at the same pace, and the push-pull conflicts of the characters can be incorporated into the suspense of the story, whether it is the townspeople urging a reluctant sheriff to put on his guns again, or an eager suitor trying to infuse his/her paramour with equal passion. The balance of advance and retreat can make a story more interesting than when there is uniformity of purpose.

Because antagonists move first, they may push the narrative along for the first half of the story, but as the protagonist rises to the occasion and takes up the response, he/she may also take over the pacing of the story, and push the story along to the crisis. Usually the antagonist initiates the last rush to the climax. There are exceptions to these dicta, but they are just that—exceptions. Even in first-person narrations, the pacing will tend to follow this pattern, no matter who is telling the story.

A reader is drawn into a story in one of two ways: shocked or seduced. This is called the hook, and it must be in the first three paragraphs of the text, preferably in the first sentence. The hook also sets up the initial pace of the story, which is maintained through the beginning of the tale.

Private Hammond staggered as the bullet ripped into his leg.

That is a shock hook. The character is caught up in an action that demands all his immediate attention, with implied ramifications of immediate significance to the character. The reader is grabbed abruptly, alarmed by the event. By giving the wounded character a rank, a military setting is implied, and the assumption of some kind of formal conflict is assumed and will be part of the reader’s expectations unless quickly disabused of them—such as this being a failed training exercise. If Eric is substituted for Private, the possibilities become broader and more equivocal. In either case, the reader is immediately involved in a risky situation, which demands prompt response of some kind.

Clouds were massing at the horizon, piling up into towers where lightening skidded amid coiling winds.

Sometimes first paragraphs are used as a kind of opening argument in the legal sense, which rarely works either as a shock or a seduction hook, unless the story really does begin with an opening argument, in which case it would function as a seduction hook. Pulling off a really strong seduction hook is a major accomplishment, and one that can be overdone. But when used judiciously and appropriately, seduction hooks can be stronger than shocks. In the example above, the implication of an approaching storm draws the reader in, for it also implies impending trouble. The next sentence should introduce a character or two to notice the gathering storm, or the lack of characters must be in some way significant, or the reader will be able to back out of the story, which is the one thing you do not want. You may offer the storm as a primary problem—an inhuman antagonist—or you may offer it as punctuation to other action, a complication that will either underscore or intervene in on-going events.

Here are a couple examples of second sentences to help sink the seduction hook:

This ambiguous opening is designed to give a sense of uneasiness, not as abrupt as the shock opening, yet it is more upsetting than a standard seduction opening. This works better for long fiction rather than short. By presenting a number of possibilities, you set the reader to speculating, and that becomes the seduction, for anything the reader imagines is worse than anything you can describe, unless you and the reader share the same fears.

Beginning a story too rapidly can leave you with nowhere to go as the action begins to build. However, most stories have fairly brisk beginnings, not only because it will tend to hold the reader’s interest more readily, but because it makes it easier to delineate the argument of the story and keep the reader turning the pages.

Getting the story going can be the most ticklish part of storytelling because not all tales lend themselves to fast starts, and when the story requires a slower start, the implications of this less dramatic beginning must be engrossing so that the reader is held by the possibilities inherent in the situation. So long as the internal rhythm does not flag, a beginning in an extended story may take up to a third of the length of the tale without affecting the pacing adversely, provided that the slow opening is devoted in large part to defining characters and the implications of more going on than is readily apparent. Short stories on the other hand usually have abbreviated beginnings; the pace begins to build directly to the climax from page one, paragraph one, line one.

In telling a story, it is tempting to try to force the speed of the action in the hope that this will compensate for problems in the story; this serves neither nor the story well. While it is true that some writers have succeeded in achieving this literary Doppler Effect, it is at best a cheat and at worst a betrayal of the story. If you have to rush through a story to make it seem convincing, you have probably not thought the story through, and need to do so before continuing with it.

If you enjoyed this post, I highly recommend reading more from Fine-Tuning Fiction by Chelsea Quinn Yarbro. Fine-Tuning Fiction began as a two-part writing seminar, each five hours long, at the Writers Connection in Cupertino, California. This book is the result, and it combines the lecture and the lab portions of both seminars.

A professional writer for more than forty years, Yarbro has sold over eighty books, more than seventy works of short fiction, and more than three dozen essays, introductions, and reviews. In 1997 the Transylvanian Society of Dracula bestowed a literary knighthood on Yarbro, and in 2003 the World Horror Association presented her with a Grand Master award. In 2006 the International Horror Guild enrolled her among their Living Legends, the first woman to be so honored; the Horror Writers Association gave her a Life Achievement Award in 2009. She lives in the San Francisco Bay Area with two cats: the irrepressible Butterscotch and Crumpet, the Gang of Two. When not busy writing, she enjoys the symphony or opera.