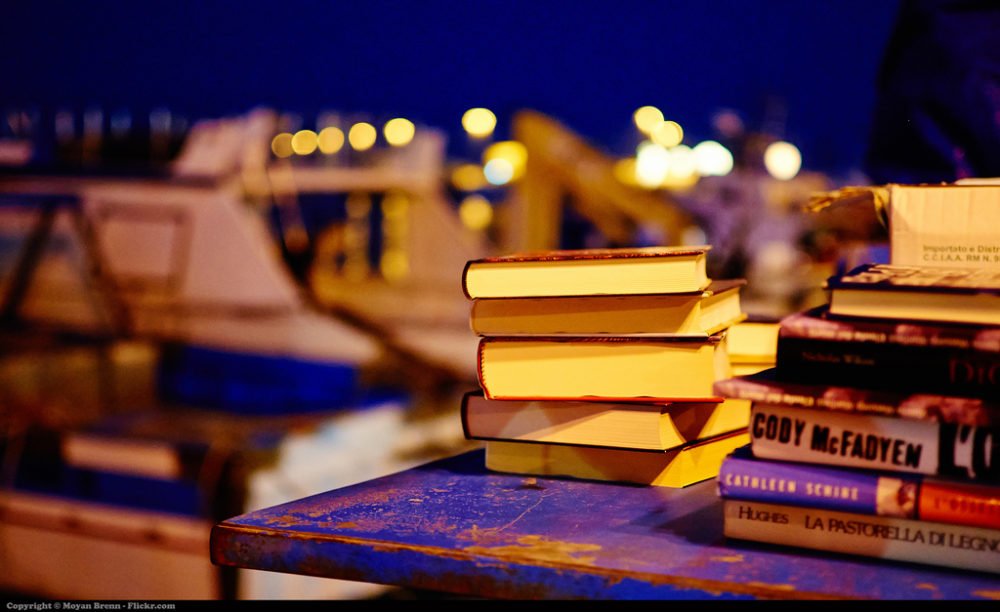 Are you wondering if you should self-publish or traditionally publish? You’re not alone. The same question is on the minds of many writers I meet, regardless of their career path or how established they are.

When I began working in the publishing industry in the mid-1990s, a stigma surrounded both self-published books and self-published authors. I recall speaking at the Chicago chapter of the Romance Writers of America in the mid-2000s, and running a workshop on how to self-publish. About three people showed up and two of them were already self-published; it was by far the worst-attended session I’ve ever run at a major writing event. At the time, self-publishing was not a well-regarded path to success, and it indicated some kind of author failing or eccentricity.

But there is no single right answer to this question because it’s context dependent. That means the right answer can change—even for the same author—from book to book, and from year to year.

This post outlines what I think are the biggest factors that play into the decision.

1. Do you expect or want to see your book stocked in bookstores across the country?

It is next to impossible for a self-published author with a single title to achieve wide-scale distribution for their book at bricks-and-mortar stores. You may be able to get your book stocked locally or regionally, especially if you have the right connections or are a well-known person in your community. But for the most part, a self-published authors’ books will sell primarily through online retail, whether as a print book or an e-book. That’s not the drawback it used to be, given that more than half of all books sold in the United States sell through Amazon (regardless of format).

2. Do you want to hit the New York Times bestseller list or get major media attention?

If your goal is a spot on the New York Times bestseller list, you’ll probably need a traditional publisher’s muscle behind you. It’s also very challenging to get any major media to pay attention to you as a self-pub author. (Traditionally published authors struggle as well—just not as terrifically hard.)

That said, self-published authors are not uncommon on the USA Today or Wall Street Journal bestseller list, as well as Amazon bestseller lists. And if your book appeals to a niche audience, the media outlets that serve that niche audience are probably open to covering your work.

3. Does your book appeal to a specific audience that you can (or already) reach on your own?

It makes little sense to partner with a traditional publisher when the book’s audience is one that you already reach easily and comprehensively on your own—whether that’s through your own business, website/blog, speaking engagements, or anything else that brings you in touch with your readership or fanbase.

This is one of the reasons I self-published Publishing 101; I don’t need a publisher’s help to reach an audience of writers. I can do that myself, and even if I lose sales as a result of not being in bookstores, the shortfall is more than likely made up through an increase in profits from each sale.

However, if you’re looking for a book to increase your readership in some way—or to help you pivot—then a publisher can be useful in setting the stage, helping secure traditional media, or extending distribution in a way that supports those goals. As an example, indie author CJ Lyons partnered with Sourcebooks when she started a new YA series, since it was a departure from her previous work that focused on adults.

4. What are the qualities of the audience or the market you are targeting?

Some genres or categories of work are ideal for self-publishing efforts because the audience or market is already primed to consume things digitally and to discover their next read through online channels. Romance and erotica are prime examples.

But then there are other markets where you’ll find it very difficult to gain traction because they either haven’t moved predominantly to digital consumption, or the traditional publishers still perform a valued gatekeeping role—providing needed or wanted validation and curation. Literary work is one such market: you’ll find it hard to gain acceptance within a certain community unless your work has been editorially selected, plus the literary audience still prefers print.

Children’s books—especially for young readers—is another area where it can be challenging to gain acceptance without a traditional publisher. Educators, librarians, and others who are in a position to introduce books to children are using trade publications, reviews, and other traditional methods to guide their selections. Self-published authors need to have a very high level of proficiency in the publishing business to get attention—or a lot of luck.

To use another example from my own career, I’m working with a traditional publisher (University of Chicago Press) to release The Business of Being a Writer because it’s intended for the university classroom. Professors rarely adopt self-published textbooks; they are more likely to trust a book released by a university press with a peer review process in place.

5. How much of an entrepreneur are you?

Becoming a self-published author means you are fully responsible for your book’s success. If you’re a first-time author, you have may have little or no knowledge of what a professionally published book looks like. You may not understand the editing or design process, or how sales and distribution work, etc.

You’ll need an entrepreneurial mindset to undertake a serious self-publishing career, and a willingness to learn the business of publishing. Some authors are not eager to learn and would rather outsource as much of the work as possible. That’s not necessarily a bad thing—as a self-published author you can hire whomever you want to assist you—but some authors’ personalities are a really poor fit for the demands of a professional self-publishing operation.

If you would rather work with a team of people, or feel like you have a business partner, you may be better suited to traditional publishing. Alternatively, there are self-publishing service companies that can perform this role, but some authors do not have the funds to pay for quality help, and don’t even know what quality help looks like.

Also, a successful self-publisher must have some level of proficiency and comfort with being active online. Because most of your sales will happen through online retail, you need to show up and be familiar with how books get marketed and promoted in online environments. You’ll need a professional author website, some level of activity on social media, and a willingness to experiment with online sales and marketing tactics.

6. Do you want the validation, guidance, and support of a publisher?

Some authors have always dreamed of working with a traditional publisher, and nothing will satisfy them until they get that experience. This isn’t something to be ashamed of; in fact, if you can figure this out sooner rather than later, you might save yourself a lot of wasted time and effort self-publishing because you think that’s the “right” or “better” thing to do.

The Catch-22, however, is that once you experience what traditional publishing has to offer, you may end up disappointed by it. Or maybe not. Authors’ experiences vary so widely (even within the same publishing house) that it is very difficult to generalize.

I think one of the worst possible reasons to self-publish is to use it as a way to score a traditional publishing deal. Such efforts fail 99% of the time. Even though there is no longer a stigma associated with being a self-published author (at least for most genres), once you self-publish a book, it will be exceedingly difficult to garner interest for that book from an agent or traditional publisher. But you may be successful in selling them your next project.

This is why you should not start to self-publish a series unless you’re committed to self-publishing the ENTIRE series. If a traditional publisher is not interested in book one, they almost never pick up book two in a series when the first one is self-published.

Obviously you can find exceptions to all of the above. For example, The Martian was self-published and then picked up by a traditional publisher. But these are outlying unicorns, and not typical of the average author experience.

On writers’ lack of patience

I see some writers self-publish mainly because they lack patience with the querying and submissions process of traditional publishing. Or they want the instant gratification of getting their work on the market. But again, this is one of the worst reasons to self-publish. I find many authors on my doorstep because they thought “Why not self-publish now and shop it around later to agents/editors?” — and ended up disappointed with the results. If you have any interest whatsoever in traditional publishing, exhaust all your agent/publisher options first. Get thoroughly rejected (as much as that may hurt), and then self-publish. It’s very, very hard to go in the other direction successfully.

On the issue of earnings

Perhaps the biggest argument offered in support of self-publishing—at least within the self-publishing community itself—is that you will earn a lot more money than you would with a traditional publisher. That may be true. It’s possible to sell far fewer copies as a self-published author and yet earn more than a traditional deal would pay you; it’s also possible to sell more copies as a self-published author but not earn as much as a publisher’s advance and royalties. It all depends on the book and the type of deal or contract you’re offered.

The success rate for self-publishing is really not that different from traditional. A few authors end up as bestselling superstars. Some authors do very well. And the majority do not make a living from it. Self-published authors may find that marketing and promoting their book is much tougher than they imagined. Self-publishing careers typically take years—and four or five books—to gain traction and produce earnings that are meaningful. Are you committed to producing more work, and marketing that work, month after month and year after year?

As I stated before: each author is different, and each book is different. If you know your target market, and have a clear set of goals for your book, you should be able to figure out the right publishing strategy for you.