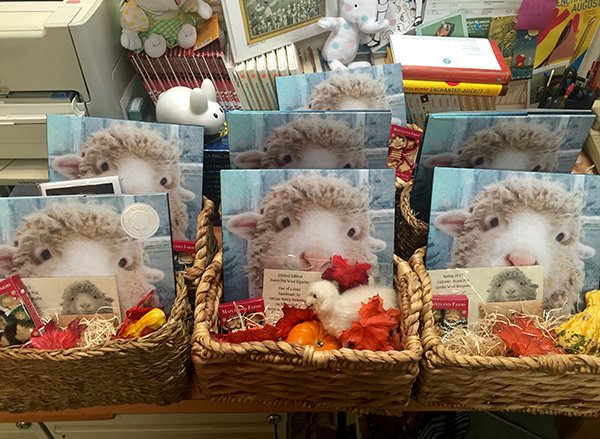 Note from Jane: Today’s guest post is an interview with literary agent Brenda Bowen (@bbowen949) by Sangeeta Mehta (@sangeeta_editor), a former acquiring editor of children’s books at Little, Brown and Simon & Schuster, who runs her own editorial services company.

Given the high costs of producing picture books and the challenges of distributing them, self-publishing hasn’t yet taken off for picture book writers as it has for writers of other categories. But this past fall, two self-published picture books made headlines for their transition from independent to traditional publishing.

I spoke with Brenda Bowen, an agent with Sanford J. Greenburger Associates who offered representation to the Churchmans shortly after reading a review, about how the authors created a book that led to a deal with a major publishing house at auction.

SANGEETA MEHTA: Platform doesn’t generally matter for children’s book authors, but John and Jennifer Churchman have an especially intriguing personal story. How did it play a role in your decision to represent them? Do you think your decision would have been different had you seen a copy of the self-published edition of The SheepOver—which is stunning in itself in terms of the photography—without knowing anything about the authors? 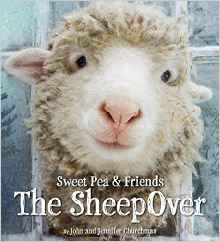 BRENDA BOWEN: Knowing that John and Jennifer were so invested in Sweet Pea’s story [Sweet Pea is the name of the Churchmans’ lamb featured in The SheepOver], and that they had begun sharing that story with a much larger community, did make a difference to me.

But this all happened in just a few seconds—Malcolm Gladwell’s “blink” phenomenon—as I read the original Publishers Weekly blog about the Churchmans, went to their Facebook page, and sent them a message.

Prior to receiving a book deal with LBYR, the Churchmans were planning to start their own press to produce future books about their farm animals. John’s photography background, Jennifer’s editing background, and their combined business savvy would have qualified them to do this, but an established publisher of course brings added value—in this case, publicity on the CBS Evening News.

What else does LBYR—or any large publisher—bring to the table? Aside from higher royalties, how would the Churchmans have benefited by continuing to publish on their own?

Jennifer Churchman was actually about to run an ad to recruit staff for Sweet Pea Press as the PW article ran. She and John very carefully considered what it would mean to run a publishing business, both the pros and the cons, and decided to go a different route. Little, Brown Books for Young Readers brought a lot to the table—expertise, distribution, marketing and publicity, and of course, an advance up front. But the first three items on that list were the most important to the Churchmans. They wanted to free up their own time to tend their farm and create more books about the animals there. The deal with Little, Brown enables them to do that. In addition, LBYR made the book a top priority.

Everything changed for the Churchmans following Elizabeth Bluemle’s review of The SheepOver in Publishers Weekly’s Shelf Talker blog in October. What is the takeaway message for self-published authors? To test the market with industry experts? To begin their marketing efforts locally—at local bookstores, schools, and libraries? To not discount the importance of securing reviews?

The takeaway message to self-published authors is to spend a lot of time and thought putting your book together. The Churchmans looked at formats and chose the largest trim size that could fit comfortably on standard shelves. They printed the book on 100lb paper—heavier stock than most traditional publishers can use—and also used extra heavy board for the hardcover case. They hired an editor to help them shape the text. And they mounted a Kickstarter campaign to fund their upfront costs. They took a lot of care.

Once the book was published, they truly believed in it and felt others would, too. That’s the moment to take the book to booksellers and librarians and teachers—when you have something that stands out in the marketplace and that’s backed by the courage of your own convictions.

According to the Publishers Weekly article that broke the deal news, the contract for The SheepOver was signed on a Thursday, the authors uploaded the files on a Friday, and LBYR started printing the following Monday.

What accounts for this lightning speed to market, which is almost unheard of in traditional publishing—and a big reason many writers eschew traditional publishing? Printer-ready files? What was involved in switching the book’s status from self-published to LBYR-published? Is the first edition of the book produced by the Churchmans still available through their online bookstore?

Over the very short time between when the publishers received the submission and the closing of the deal, momentum for The SheepOver was growing. As soon as LBYR knew they had the book, the publisher asked her team if they thought they could get the book published any sooner than the early-January date they had first planned. They said yes, and they went to work.

Indeed, the files were in good order, and LBYR made changes only to the copyright page and the book’s other imprint information before they went to press. They were careful to send a proof to the authors, though—they know how to treat their authors and artists.

A Hachette ISBN replaced the original Sweet Pea Press ISBN, and the Churchmans took down their own edition of the book so that sales would drive to the Hachette ISBN. (That edition, which had a 4,000-copy print run, is completely sold out!)

LBYR also moved the price from $19.99 to $17.99 to be more in line with kids book prices in the marketplace. They wanted to position it as a possible bestseller, and they did it right—The SheepOver hit the New York Times bestseller list on January 17. It was also number eleven on the national indie bestseller list and number one on the New England indie list.

The moment John and Jennifer and LBYR got the first printing out the door, they went to work on a second printing. The new edition, which will be in stores next month, has a few tweaks to design and will have additional back matter with more information about the Churchmans’ farm. And now we’re all at work on book two, The Brave and Mighty Little Finn, which will release this fall.

The ebook would have been published day and date with the hardcover but for the fact that the hardcover was printed so swiftly. I actually can’t imagine the book as an ebook original. The book is very tactile, and the Churchmans believe in the printed word. Ebook originals are still very rare for picture books, where ebooks account for only about 2 percent of the market, if that. If this had been a middle grade or YA novel, it might easily have been published first as an ebook.

What’s next on your plate for The SheepOver? Selling foreign language rights, since you and the authors have retained these rights? Merchandising opportunities? How does your agency in particular exploit foreign rights, which so many self-published authors are trying on their own? And finally, are Sweet Pea figurines made with Sweet Pea’s actual wool still available?

The Norse were the first to come to the table for The SheepOver: we’ve already made a deal with Pantagruel for Norwegian language rights, and more deals are in the offing. We have a dedicated foreign rights director at Greenburger, and The SheepOver is her top priority for this year’s Bologna Book Fair.

Other agents at Greenburger have been canny enough to sign up self-published authors for translation rights only; having a staff member whose sole job is to sell translation rights puts us in an unusually strong position to exploit sales to foreign markets.

Those darling Sweet Pea figurines made from Sweet Pea’s very own soft wool are no longer available, alas, but I’m happy to say we’ve closed a deal with Merrymakers to create Sweet Pea & Friends plush, which are scheduled to release this spring.

Brenda Bowen (@bbowen949) is an agent at Sanford J. Greenburger Associates. She represents award-winning authors and illustrators who are national and international bestsellers, as well writers and artists making their debuts. Before becoming a literary agent in the summer of 2009, Brenda held a variety of positions during her more than twenty-five years in children’s publishing. She has been editorial director of Henry Holt & Books for Young Readers, Scholastic Press, Disney/Hyperion, and Simon & Schuster Children’s Publishing.

A past member of the board of directors of the Eric Carle Museum of Picture Book Art and of the Children’s Book Council, Brenda is now an active member of SCBWI and of the Authors Guild and the Association of Authors’ Representatives. Under the pen name Margaret McNamara, she has written a number of award-winning children’s books, and her first novel for adults, Enchanted August, was published by Pamela Dorman Books/Viking in summer 2015. Brenda is herself represented by Greenburger Associates. She lives with her family in New York City.