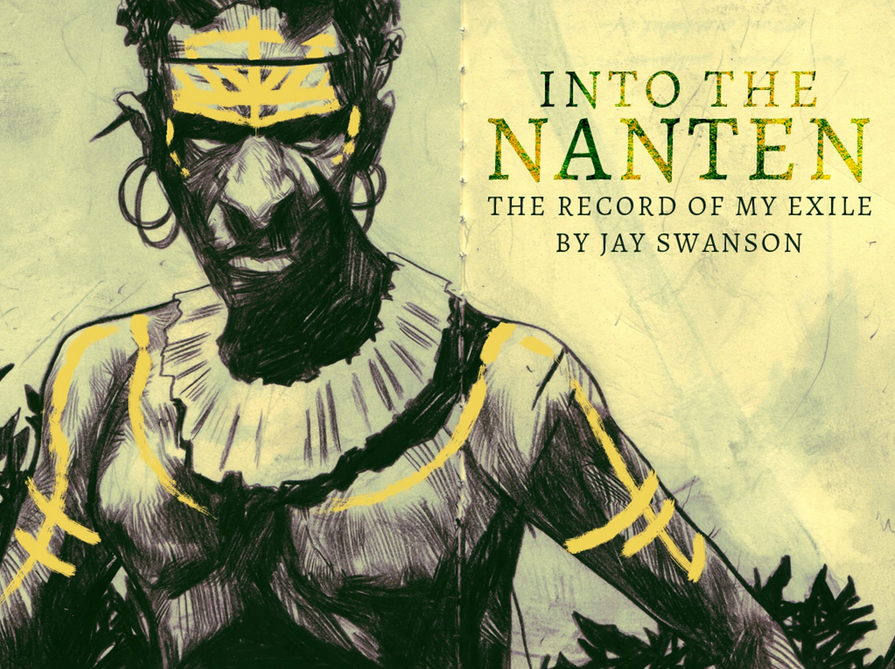 Fantasy novelist Jay Swanson (@jayonaboat) has been writing and self-publishing fiction since 2011. His first trilogy (The Vitalis Chronicles) received strong reader reviews, but what really caught my attention was his recent launch of a real-time fantasy blog, Into the Nanten.

Here’s the premise: The Nanten is a jungle so hostile that to enter it willingly is considered suicide. Marceles na Tetrarch is exiled to the Nanten for murder, and he goes searching for a man who was exiled there 20 years ago, Brin Salisir. It’s rumored that Salisir went into the Nanten to find a cult risen from the darkest dregs of humanity. What Marceles doesn’t know is if the rumors are true.

To call Into the Nanten a live blog is to really understate what it is—a multimedia universe of offerings (as we discuss below). After the first “season” ended, Swanson successfully Kickstarted funds for the second season, starting on Sept. 9. He was gracious enough to answer my questions about the nature of his project, and what has worked to build word of mouth for it.

The first season of Into the Nanten was an ambitious undertaking—I mean, you manage a full-fledged site for the serialization, have an illustrator doing incredible artwork, have a merchandising component, and promote the content on multiple social media channels. You’d written other books before, of course, but what made you pursue this type of more complex production—and what level of confidence did you have in your multimedia approach?

Insanity is a common source of confidence, thankfully. I’ve been wanting to serialize something in my world for a long time and have a number of projects that I started but never made the cut. Examples would include a book of parables (I think I have 60 or so finished), and another book on the history of magic in my world from the perspective of a later-era anthropologist. That one was tons of fun to write—I did the whole thing by hand while living in Paris—but is (a) a bit too meta to use as an introduction to my world, and (b) contains too many spoilers.

I’ve always been one for ambitious projects—it doesn’t feel right if I’m not challenged to complete something. I’ve had my hand in web and graphic design for a long time, so approaching Into the Nanten felt like pulling a lot of disciplines I enjoy into one single project.

My confidence hasn’t ever wavered in the face of the creation process, but there have been moments in the execution that I wasn’t so sure were going to come through. I’ve had a few ulcer-inducing incidents, like photoshopping and uploading an entry from the back of a taxi on the way to O’Hare, laptop tethered to my cell phone in rush hour traffic.

I definitely try to avoid those.

During your first year, did you find there was a particular strategy or tactic that really increased your discoverability and led to more readers?

It feels like we work pretty hard for each reader, but once we’re in front of people they tend to stay. Cutting through the noise is the single greatest challenge in the project overall—and ultimately that’s the underlying purpose for it in the first place. There aren’t a lot of things out there like Into the Nanten, so we’re carving our audience out by hand. The biggest successes have come from direct communication—whether through the Kickstarter or in person at conventions. You can see the light turn on when you explain the concept to people, and as long as they enjoy reading in the journal format, it’s a really easy sell.

I carry business cards around with me everywhere, the backs of which prominently display a variety of artwork from the first season. I have to order them by the hundreds now because they tend to just walk off. There are no analytics for business cards, and I wouldn’t suggest them for just any project, but they certainly generate strong responses up front. Before these, I’ve never had a set of business cards that people wanted to take in triplicate.

I would say that the “traditional” ways of finding an audience haven’t worked well for us: Facebook ads, Google Adsense, and the variety of other options (from Goodreads to BookBub). We could probably experiment more, but the return on investment on those services has been weak at best for us.

Obviously the first season of Into the Nanten went well enough that you were able to raise $7,000 from 111 people to support a second season. How would you describe these supporters?

Our Kickstarter backers are a mix of known entities and total surprises. Some were friends or family, some discovered us through the Kickstarter, and a surprising number were fans who didn’t even want anything in return. After a lot of people backed us without claiming a reward, I posted an update to remind people to do so in case they’d missed that step—almost immediately I received a response that basically said “I love this story and just want to give back!” That wound up being how around 10% of our backers felt.

Aside from the Kickstarter income, what’s so far been the biggest source of revenue for this project? 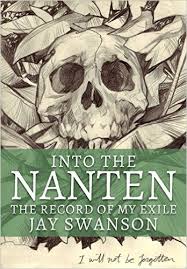 Surprisingly, book sales. We’ve been slow to get the online store up, but the No. 1 seller both at conventions and online right now is the paperback copy of Into the Nanten. It’s surprising because, being full color, it’s pretty expensive to produce and thus to sell ($29.99). There were a lot of people who told me it was too costly, but my hands were effectively tied if I wanted bookstores to carry it. Few people who have picked it up have even blinked at the price point—I know because I sold out of them in person at Sasquan two weeks ago.

We won’t be using advertising on the website at any point, largely because I don’t want to break up our attempt at an immersive experience. I also think that advertising is a flawed system for monetizing content and hope to find alternate ways to keep the project alive (some of which we have brewing in the lab right now).

I’m really excited to see how things go when we release Shadows of the Highridge, a standalone novel that ties into Into the Nanten which we’ll make available in October. It grows the scope of the project significantly, and will give people a new insight into Salisir’s history that they would never get through Marceles’ perspective. My hope is that Into the Nanten, being free, is a low-barrier way to give people a taste for my world and my writing that leaves them wanting more.

I know you’ve only just released the audio edition of Into the Nanten, so it might be too soon to say, but what impact have you seen from that effort?

I’ve gotten a lot of great feedback from the people that have listened to it so far. Audio opens us up to an entirely different market, which is why I think it’s necessary. I have a handful of friends who have told me for years that they would never read my books, but that they would listen to them. Most of them have already devoured Into the Nanten. I’ve discovered the same is true at conventions and in random conversations—there are a lot of people out there who get excited about new audio projects who prefer not to read.

We’ll see what happens. I know we’ll learn a lot as we work to run the world’s first real-time fantasy podcast this year (at least we think it’s the first).

Biggest surprise so far with this project?

Perhaps the second biggest surprise is that it worked. At its core, Into the Nanten is a really entrepreneurial project, so there’s been plenty of room for failure. There still is. Without the support of our friends, fans, and Kickstarter backers, we’ll die in the water pretty quickly. I guess that’s where the adventure lies for me and, in the end, what has made it such a satisfying project.

I’ve survived so far. Now to see if we can keep Marceles alive as well.

Read the beginning of Into the Nanten, and find out more about Jay.