Update from Jane (July 8, 2015): This guest post from Porter Anderson explains the terms of a new program—a partnership between Library Journal and BiblioBoard—to help distribute self-published ebooks into the library market. My own self-published book, Publishing 101, is enrolled in the SELF-e program.

Some authors and industry people have spoken out against the SELF-e program because it does not pay authors, despite charging libraries for the ebooks provided. If you’re seeking an alternative service that does pay self-pub authors, then take a look at ebooksareforever.

The problem self-published authors have run into at libraries has been a lot like the problem they run into at bookshops: no way to break through the barrier of mainstream competition, no way to stand out.

Many librarians are eager to offer self-published material to their patrons, but with some estimates suggesting that as many as 600,000 indie titles are being launched per year in the United States, no one has time to read those ebooks and sort the good from the rest.

SELF-e can’t help you in the bookshop. But it can put your ebook into libraries.

SELF-e offers the independent author a chance to put his or her ebooks in front of librarians at the state and/or national level. Most importantly, when those librarians get their chances to peruse these ebooks, they’ve been vetted, carefully evaluated and selected by Library Journal.

Library Journal is best known as the national publication for the library community. It not only covers issues in the business but also generates reviews that librarians depend on in making choices for their collections.

I’ve agreed to work with SELF-e as a client of my Porter Anderson Media consultancy, so I can help get the word out to writers for exactly that reason: This is a new, national-class service that promotes independent authors at no cost to them and in a critical discovery forum that previously has been out of reach to indies.

One key criterion for me: This is available not only to US authors but to anyone, anywhere, writing in English.

If this is all news to you, don’t worry, you’re not behind. Only last weekend were attendees at the American Library Association’s annual conference in San Francisco getting demos of how SELF-e works for them on the library side.

Let’s take it step by step. I’ll give you the basic details of how this works, and then will watch the comments below for your questions.

What Is SELF-e About?

At the Self-e website, be sure to review Is SELF-e Right For Me? This gives you several criteria to consider, including:

The way SELF-e works financially is that participating libraries subscribe to its services in order to gain access to its curated collections of independent ebooks. The costs of running the program, then, are borne by the libraries.

On this page, you can see where in the States authors already are active in submitting their ebooks. You can also see where “Statewide Indie Anthologies” are being released or coming soon. Here’s what that means:

When you’re ready, here is the basic submission page.

Side note: You’ll notice you can submit your work as part of a contest currently underway for ebooks submitted to the program. If you’d like to be entered in the four-genre competition, start on this form—watch for the “Winner” badge on the upper left.

The process of submission is quick (15 minutes), and easy to follow.

The way ebooks are displayed by the program to librarians is via the work of BiblioBoard, which specializes in digital resources for libraries. BiblioBoard’s work is utilized by close to 2,700 libraries and reaches some 30 million patrons.

Let me touch on a couple of questions that I’ve heard from authors about SELF-e.

What the Fine Print Means

SELF-e’s terms of agreement are found on this page. I urge any author considering the program to read them, of course.

Some authors have concerns after reading the first entry, the “Grant of Rights.” The legal language can be a little daunting, naturally, so I asked Library Journal’s vice-president and group publisher, Ian Singer, how we could boil down just what kind of license an author is granting to SELF-e in order to participate.

Another more specific concern I’ve heard seemed worth putting to Singer. Let’s say that your ebook goes into library collections thanks to being in Library Journal SELF-e Select, and library patrons flip for it. They’re checking it out right and left. Hottest thing since Beatrix Potter. Then a major traditional publisher gets in touch with you talking about a nice-sounding contract. But, of course, the publisher wants that super-popular ebook to come back out of those libraries. Can you get back out of SELF-e?

At any time, an author can request his/her title(s) be removed from a Library Journal SELF-e selection module.

So yes, you can get out of the arrangement at will. The terms provide Library Journal with 180 days to get a title out of circulation, allowing libraries that may have entered it in their collections to remove it.

Who Else Is Participating in the Self-e Program?

Meet Elaine Russell, whose Across the Mekong River is not only in the new Library Journal SELF-e Select national collection but has been tagged as a “highlighted” title by the evaluators: highest honor. Russell tells me that she heard about SELF-e through David Vandagriff’s Passive Voice blog and found the submission process very easy.

One thing that makes Russell a good fit for library exposure is that she has ebooks for readers “from children’s and YA to adult,” an unusual range that librarians can appreciate.

“I began writing about 20 years ago after a career in environmental consulting,” she says. “A number of my short stories and the first Martin McMillan novel were traditionally published. But as the publishing industry changed and contracted, I grew frustrated and impatient with the difficulty of getting traditional publishers for my other works. … I am still open to traditional publishing, but I don’t regret my choice to self-publish.”

Whether authors today are found working in libraries as much as they once were for research (Russell still does research at libraries), or simply hold a special place in their memories as their first big contact points with the world of books as kids, the logic of the library patron base as a hub for author discovery makes good sense.

SELF-e is offered as a discovery channel for self-publishing authors who, for the most part, have had no way to reach this broad patron base before. If you feel it’s right for you, it’s ready for your submission. And if you’d like to drop a comment or question here, please do. 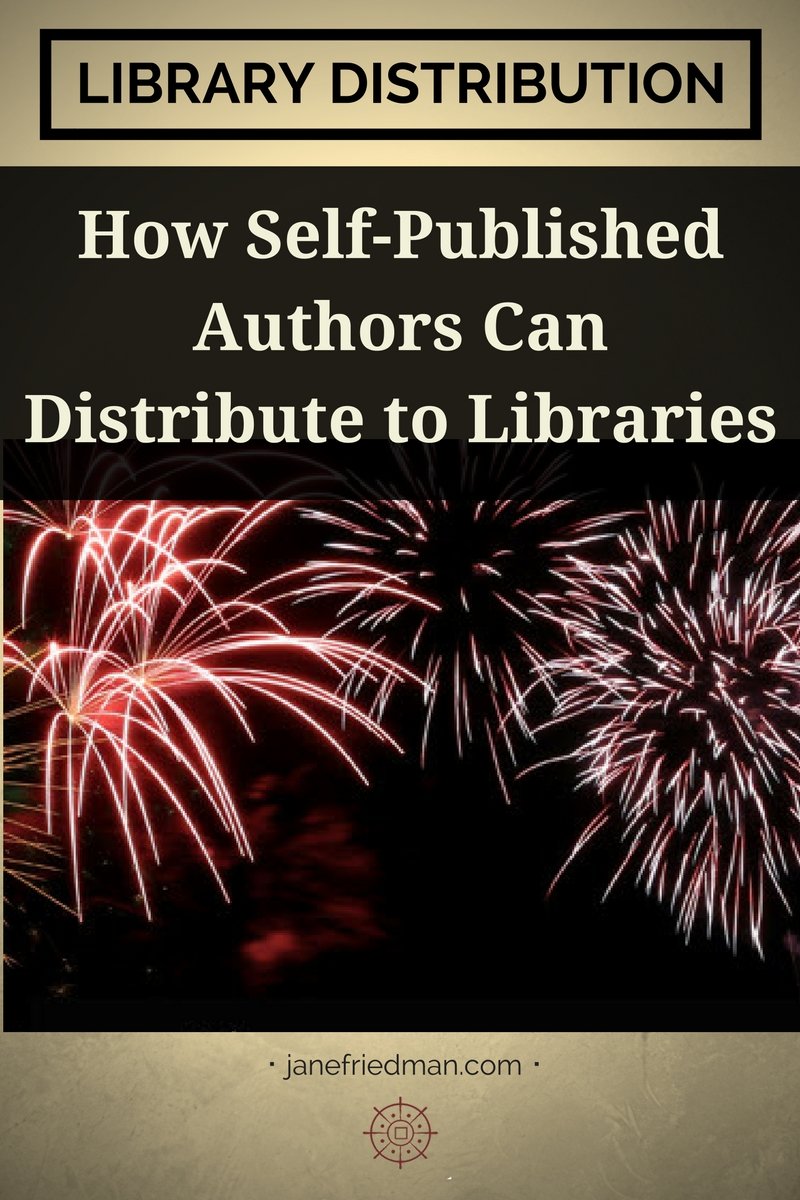