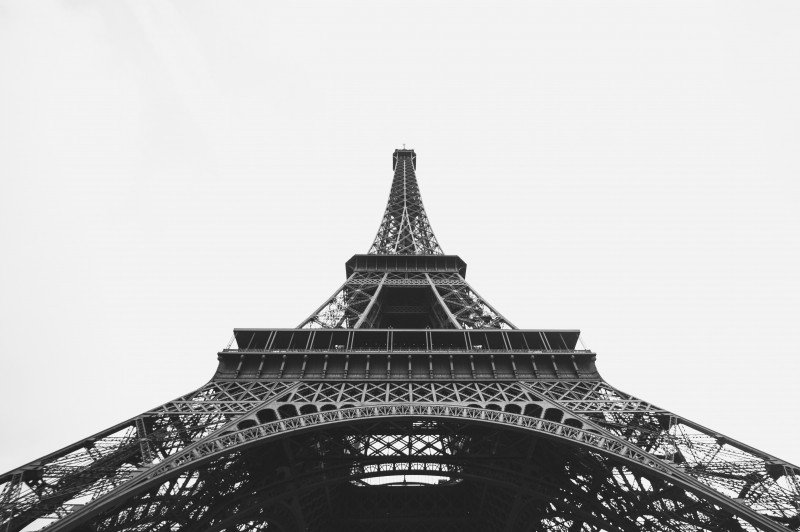 This is undoubtedly the most important step in foreign publication, and it mustn’t be taken lightly. You are going to be entrusting your text, your creation, to someone who will then interpret it for your future readers. The translator has to capture your style and reproduce it as faithfully as possible in your target language. It’s often said that “to translate is to betray,” but it is possible to find the appropriate voice. In searching for a translator, you have several options.

Translation agencies are generally expensive because they take a significant margin of the profits. They primarily specialize in business, technical or legal translation. There are also many websites that will help you get in direct contact with translators.

Here are a few criteria to take into consideration when making a decision.

If you’re publishing in France, your translator’s first language should be French, but it’s worth noting there are some differences between the dialect of French spoken in France, Belgium, Switzerland and, in particular, Quebec. These are typically subtle differences that don’t impede understanding, but when it comes to dialogue, slang and cultural variations, these differences become extremely important.

It’s also important to consider the translator’s specialization. Your translator should have prior experience in literary translation. Ask for references and a list of their previously translated works.

The Association des Traducteurs Littéraires de France (Literary Translators Association of France) suggests a rate of 0.06 € to 0.08 € ($0.07 to $0.09) per word. When receiving quotes, I suggest asking for a rate per word. This will be the most precise manner of estimating cost (rather than pages), and it should include your work’s back cover copy. With that being said, prices will certainly vary. Translating a collection of poetry will be significantly more expensive than translating a children’s book.

Translators offering very low rates are often suspect. Nevertheless, you mustn’t base your decision solely on the translator’s rates and references. This is where a test translation comes into play, explained later.

Giving your translator a test translation is vital, even if you’ve found a translator who seems to suit your needs. Request that your candidate complete a free translation of an extract from your book (3 pages maximum). Next, find a few francophone readers to carefully look over the text and provide feedback. If you don’t know any francophone people, try turning to French associations at nearby universities or within your local community. It’s also possible to find French readers who would be happy to give you their opinion on Scribay, a reading and file-sharing website.

Once you’ve found a translator and established conditions for the translation (rates, deadlines), it is strongly advised that you sign a contract that is legally enforceable in the US or France.

Some details to include in the contract are confidentiality clauses, dispute settlements and specification of the translation as a “work made for hire,” as defined in the Copyright Law of the United States. The latter serves to recognize the author as the sole proprietor of rights pertaining to his or her work. In France, the Code de la propriété intellectuelle (Intellectual Property Code) gives the translator the same legal status as the work’s author. As a result, the translator is able, depending on circumstances, to choose between a lump-sum payment or a percentage of the translated work’s sales.

To ensure that the contract is airtight and legally enforceable, it is strongly advised that you consult with an attorney who specializes in copyright law (Pascal Reynaud, for example).

In my opinion, in accordance with the laws of both countries, it is much more practical for both parties of the self-publishing translation agreement to settle on a fixed, lump-sum payment with no percentage of the translated work’s final sales being guaranteed to the translator.

Author Kim Richardson offers this advice: “Having a book translated in other languages is rewarding, but it also has its challenges. It’s important to be able to read the translation (or have it checked), in order to know exactly what you’re getting. I found all my translators through Upwork, the global freelancing platform. You post a translating job and wait for translators to bid. Once you get a few, you can check their scores/reviews on the site from prior jobs. If you don’t speak the language you’re interested in translating, you really have to rely on the ratings and hope that they are honest. I have to say that I’ve had my share of bad experiences with finding the right translator for different languages. Not all translators can translate a writer’s voice into another language. I think it’s really a leap of faith. Now I know that careful review of your applicants’ profiles and credentials is crucial. And when you find the right translator, you stick with them!”

Once the translator has delivered his or her work, it still needs to be edited. This step is optional, but highly suggested. There are many editing programs available which can assist with this process, such as ProLexis, Le Robert Correcteur or even Antidote. There is a strong possibility that your translator has already used these programs as tools in his or her initial translation.

You can also find editors on the same freelancing sites mentioned above. Some author services companies (which we will discuss in a moment) also offer this service.

Lastly, your translator may be accustomed to submitting his or her translation for editing, and as a result, they may be able to refer you to some of their frequently consulted partners.

Since you already know the ins and outs of self-publishing in your country, I won’t share advice about formatting and cover art, but keep in mind that in France, just like everywhere else in the world, an attractive cover and stylish page layouts are essential.

Publishing platforms in France are essentially identical to those used in the United States. Some of the foremost platforms include Amazon Kindle Direct Publishing (KDP), Kobo Writing Life, and so on. However, author Sarina Bowen says, “In French, Amazon is not as dominant as it is in German and English. To publish only to Amazon is to miss out on venues like iBooks and FNAC digital which do well in French.”

Many author services companies can also assist you with these steps. They offer a range of paid services with numerous packages and rates. Some may offer service-based fees and/or flat-rate packages including several different services. Bookelis is one of the most comprehensive (learn more about all of their services).

Other examples include Librinova, Books on Demand, Edilivre, and IdBoox. Take the time to request quotes and necessary information from several of these companies before making an informed decision and choosing the service which best meets your needs. If you don’t speak French, don’t panic. There is a useful tool that you can use for these communications (as you can imagine, this is one of the rare times I will praise this program): Google Translate. As imperfect as it is, it will help you understand what services these companies offer, and just as importantly, it can help you read French reviews of your translated work.

Your book has been translated and published through various platforms. Now you must make your book known to your future readers. First, consider adding a summary of your book to cataloguing and sharing sites, such as Goodreads, Babelio, Booknode and Livraddict.

Among the author services companies previously mentioned, most will help you promote your works and will suggest that you create presentation pages for your book on French social networks. They can give you important, personalized marketing advice to help direct you toward pertinent bloggers and influencers. This is particularly useful for getting your foot in the door. You can also call on your translator to translate an email you can send to French language bloggers and influencers (Booktube, NetGuide, HelloCoton, SimplemenPro) who you’d like to have read your book. Author Lena Walker says, “The comments on Amazon are extremely important. Literary prizes, such as the IndéAwards, helped me gain visibility. Social networking, blog reviews and prize competitions allowed me to develop a community.”

Author Charlotte Orcival says, “In January 2017, I published a third work which immediately became a Top 100 Seller through Amazon France. It stayed in the Top 10 for several weeks before ultimately being contracted by HarperCollins France. The publishing house subsequently rereleased the book. I think that the main reason I found such success was the relationships I developed with literary bloggers and influencers on social networking. Finding people who will read my work, like my work and support my work has been the cornerstone of my empirical strategy. That’s honestly the biggest piece of advice I could give you. To find people like this, there are two very active Facebook groups that allow authors to get in touch with reviewers. I asked these two communities if they were ready and willing to read new authors and discover new books from the United States and elsewhere in the world….I’m sure you’re wondering (as I was) about the potential language barrier that might prevent these conversations, but to my surprise, some of the reviewers explained to me that it doesn’t bother them to speak English with authors (though it may be imperfect), as long as they can read their books in French. These two groups are: Les blogueurs qui lisent les indés (Bloggers who read indies) and Auteurs cherchent avis, chronique ou bêta-lecture (authors seeking opinions, reviews or beta-reading).”

Laure Valentin is a French native translator who specializes in fiction. Learn more at her website.