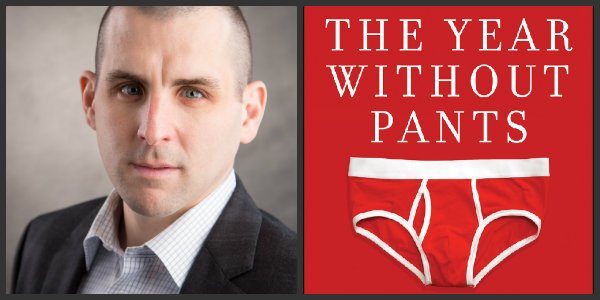 Today I’m delighted to feature an interview with full-time author and speaker Scott Berkun (@berkun). I first met Scott at the 2014 World Domination Summit, where he was a featured speaker. He’s dynamic, insightful, and—in the eyes of many writers—living the dream.

I asked Scott if he would answer a few questions about his experiences with book marketing and promotion, because over his career, he’s worked with a few traditional publishers and self-published his work. Some of the biggest questions in the author community right now focus on the author’s responsibility to market and promote, and what value or support the publisher provides. This is the first in a series of author interviews I’ll be featuring on this theme in 2015.

The first and most impressive thing I want to point out is that you earn a living from book royalties and speaking fees—and you’ve transparently outlined how that works at your blog. How important are book advances to sustaining this kind of lifestyle, if at all?

My early books continue to sell and speaking requests are steady, so advances aren’t as central as they were. But it does help when working on a book to know where a major source of income will be coming from, and that someone has put a big stake in something you haven’t finished yet. Practically it means I can do fewer side projects and focus more on writing a great book. I’ve pushed hard for big advances as the belief is bigger advances means you’ll get better attention from the publisher (some editors debate this, but some admit it).

To back up for a moment: You’ve had an impressive career in the tech industry, working at Microsoft and WordPress, before striking out on your own. That’s quite a platform to start with. How much of a role do you think that’s played in your current freedom and lifestyle?

Any network, professional or personal, is essential for authors. It means people know your name, hopefully in a good way, and will respond when you reach out. Many books sell primarily on the network and visibility the author has. Writers are sad to hear this, but a famous person can write an awful book and have it sell well, while an unknown can write an amazing book and barely sell a dozen copies. The book business doesn’t depend on good writing as much as everyone wants it to. 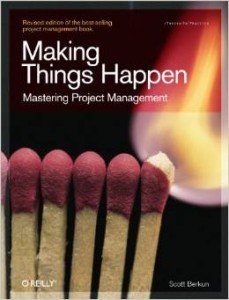 When I quit the software world to try to be a writer in 2003, I tried to publish a creative nonfiction book, but was rejected by over a dozen publishers. I switched to a book on management, where my resume helped make the project credible to publishers, and that was my first published book, Making Things Happen. By shifting to a genre I’d worked in (management/tech), it was easier to find organizations to speak for free to promote the book, as well as experts to endorse it, and bloggers to review it. Each of my other books has taken on broader, bigger subjects, chasing a wider audience, but that initial network, and matching it with a book it would have natural interest in, was a wise move.

Your most recent book is a memoir, The Ghost of My Father, which you funded through a Kickstarter. I wonder if you more or less had to self-publish this because it doesn’t fit in with the type of nonfiction you’ve been producing up until this point? Or if you decided it would be a crowdfunded project from the start?

I was pretty sure I’d use Kickstarter from the beginning. The advantages of a publisher for creative works like memoirs and novels is harder to measure than for nonfiction and business books. So much of what drives sales of a memoir or a novel is going to start with the author, their reputation and their following. (Most memoirs by major houses don’t sell well nor garner many Amazon reviews.)

I also wanted to donate profits from the book to a charity that would help families, as the book centers on the life of a thoughtful, intelligent adult man (me!) sorting out the story of his broken family, and a publisher would balk at that. I’m giving the royalties that would go to a publisher to Big Brothers & Big Sisters instead. Everyone wins. 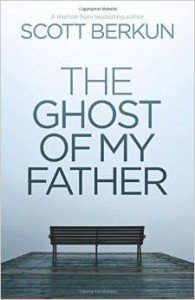 Knowledge of self publishing guarantees I always have the option to publish any book I want to, in the way I want to. That is tremendous creative freedom. I’m sure I will work with major publishers again, but I also know if they’re not interested, that won’t stop me from writing a book that I believe in. That’s the power of knowing how to do things yourself.

A lot of authors now say that it’s the same amount of work to market and promote a book regardless of whether it’s traditionally published or self-published. Since you’ve done both within the last few years, what’s been your experience?

The biggest difference is with a publisher you get some support automatically. Their PR team will focus on you when your book comes out, and they may put in money to chase media attention. If you self-publish, nothing is automatic. You can replicate much of what publishers do, but you’ll have to plan for, pay, or do it it yourself.

Some authors I know, including prestigious ones, are arrogant, and naïve, about marketing. They think it’s beneath them. But no matter how much a publisher does, most of the marketing must center on the author. The author is the star, the only name on the cover. If the publisher gets you on The Daily Show, guess what? You have to fly there to be on the show. A magazine interview? Same thing. Authors are always central to marketing. Every movie star is central to the promotion of every movie they’re in and they do a ton of it.

If you don’t want to do marketing, be a ghostwriter.

What was the best or most important thing your publishers have been able to do for you that wouldn’t seem possible on your own?

Early on it was what I learned about publishing. My first three books are with O’Reilly Media and I learned much from them. My editor there, Mary Tressler, was a fantastic partner. They put money into marketing my books I could never, at the time, have put in myself (or known how to do). Generally publishers force important conversations authors need to have, and bring ideas and connections to the table few authors have on their own.

The best thing by far at a publisher is the editor. The relationship between an author and the editor is everything. Great editors give advice and input on dozens of decisions that help the book that an author wouldn’t likely get otherwise. Editors set authors up to succeed, use their industry connections to help the book, without taking over the book.

What have you been able to do as a self-publisher that you might not be able to do as effectively with your traditionally published books? 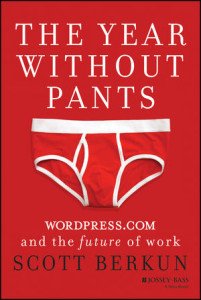 Take risks. Do experiments. Publishers are conservative by nature. They have their way of doing things and they will strongly prefer to do everything that way. Often they’re right, but sometimes they’re behind the times, or afraid to try something new. To Wiley/Josey-Bass’s credit, the were totally on board with the bright red underwear cover for The Year Without Pants, a bold choice most publishers would have been too scared to try.

So many authors ask me what the right “balance” is between marketing and promoting your existing work versus producing new work. For instance, there’s a group of authors who say there’s no better marketing and promotion than putting out a new book—and I more agree than disagree, assuming the quality is there.

I know that your blog is a very important component of your visibility, and I consider blogging to be a mix of producing new content and marketing and promotion (if it’s working right—and it is for you).

In any case, back to this question of “balance.” Do you give it much thought, or do you have any strategy or principle that you follow?

I ask readers to help me. Each week I blog about the topic readers vote for.  I’ve done this for a few months now and it’s working. Many of the questions are about older work, but some of the questions are about newer work, or things I haven’t written about before. Blogging regularly is a great way to balance as I can throttle how many posts about past work versus new work. 50/50? 30/70? You can adjust this at any time.

People spend all day filtering email, social media, and the web. If some of your posts or promotions are about old work, and a reader isn’t interested, they’ll just filter it out. As long as you don’t go too far, they’ll stick around until they like the new work too. At least that’s my hope as I’m still learning how to do this. The Ghost of My Father, as a memoir, is a big departure from my previous books, but I know I want to write novels and more creative projects. I have to learn how to do this and there’s no way to learn other than by doing. So here we go!

I’m very grateful to Scott for his time in answering my questions. You can browse all of Scott’s books here on Amazon.