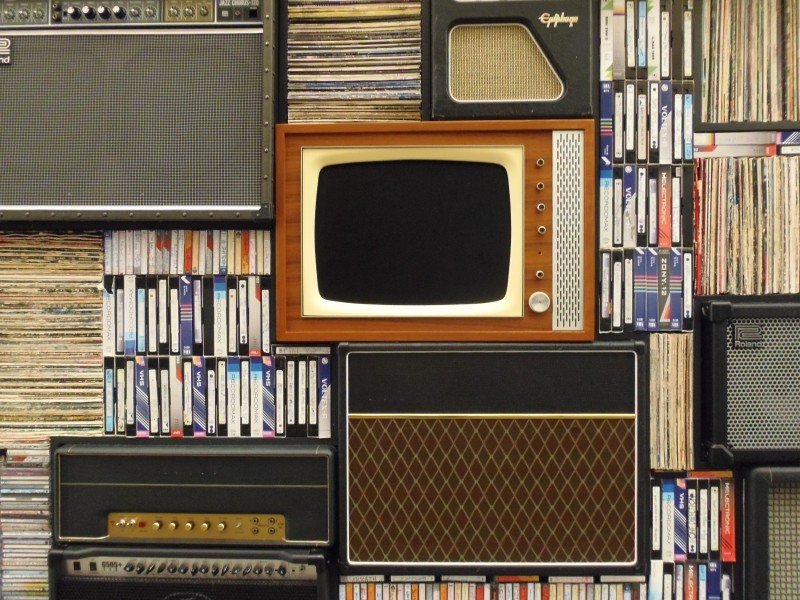 Barry O’Neill let himself into the sunny hall of number fifteen and threw his school bag in the corner. He went straight into the lounge, and checked his watch to see how long he had, before anyone else came home. He was sure that he would have enough time. As sure as he could be in a house where most people had the decency to stick to a schedule. His Dad came home on the same dart every evening. His mother was always out somewhere learning to be even more creative. Liz, his older sister, was a bit of a loose cannon, often arriving back from some protest or other, just ahead of being arrested. He thought it was fairly safe. He could listen out. He could only relax doing it on his own.

Barry perched on the edge of the couch, which was covered in an old sheet, a very flowery sheet. It was not the flowers per se that worried him, but the general old and jaded nature of the sheet, now reinventing itself as a throw while the room remained briefly in transition.

As long as he could remember, his mother had gone from room to room, decorating constantly. It was like an obsession. He remembered wanting to help her, but being terrified that anyone might find out he was interested in colour schemes and fabric swatches, so he pretended she got on his nerves, which she did, a bit.

As he sat on the sheet-clad couch, channel-surfing with the remote control, Barry searched among the hundreds of options for a Western. He scrolled down the endless lists of daytime telly programmes. Hospital dramas set in the outback, ads for funeral plans and incontinence pads, presenters whipping audiences into a frenzy over some ol’ one sleeping with two brothers. He hadn’t time for this, and wished there were a quicker way to find what he needed. Then he found one, barely started. He glanced at his watch again, and let the air slowly out of his lungs, and sat back. A whole hour of men and horses glistening with sweat, sweeping into town and taking care of the bad guys. Sweet. …

When we say of something that we’ve read, “Nothing happens!”—what, exactly, do we mean? What, in fiction and other forms of narrative, constitutes something “happening,” i.e., an event?

In this opening passage from a young adult novel, Barry O’Neill—a not-so-atypical teenager (as conveyed by his sullen, petulant interior take on his own world, rendered deftly through the close third-person POV)—arrives home to an empty house. Perched on the edge of the flowery-sheet-covered couch, he channel surfs in search of a Western “telly programme” (the setting is Australia, or somewhere in the UK). Having at last found one, he sits back to bask in “a whole hour of men and horses glistening with sweat, sweeping into town and taking care of the bad guys.”

And there our opening page ends.

Is a teenager watching television enough to lure us into a novel, or even a short story, especially given that—as is not only implied but stated—Billy’s telly watching is routine, something he does regularly if not on a daily basis?

This opening is a good example of what I call “dramatized routine”—a contradiction in terms, since by definition routines aren’t dramatic. It makes no difference whether the routine is channel surfing or mud-wrestling wild orangutans in the jungles of Borneo, a routine is still a routine. When we read about routines in fiction, or in any kind of story, most if not all the pleasure we get from the experience derives from our anticipation of seeing the routine shattered, or, at the very least, disrupted.

That said, without routine drama can’t exist. Unless underpinned by routine, dramatic events have nothing to disrupt, no context against which to flourish and stand out and apart from. They’d read like a white-on-white painting. Routine, you could say, is the canvas across which drama spreads its garish colors, the soil from which the roses and snapdragons of dramatic events flourish.

Authors are often told to start their stories as close as possible to an inciting incident or event, to plunge their readers directly into drama in the form of exceptional events, to not waste any of the reader’s time with routine. But many good and great novels open with routine.

Mrs. Dalloway said she would buy the flowers herself.

That unspectacular first sentence opens Virginia Woolf’s Mrs. Dalloway, in which the titular protagonist’s decision to buy flowers for a routine dinner party leads to a long, stream-of-consciousness journey through her life and her past. George Gissing’s 1891 novel New Grub Street likewise starts off with a routine—if somewhat rancorous—breakfast conversation:

As the Milvains sat down to breakfast the clock of Wattleborough parish church struck eight; it was two miles away, but the strokes were borne very distinctly on the west wind this autumn morning. Jasper, listening before he cracked an egg, remarked with cheerfulness:

“There’s a man being hanged in London at this moment.”

“Surely it isn’t necessary to let us know that,” said his sister Maud, coldly.

“And in such a tone, too!” protested his sister Dora.

“Who is it?” inquired Mrs Milvain, looking at her son with pained forehead.

“I don’t know. It happened to catch my eye in the paper yesterday that someone was to be hanged at Newgate this morning. There’s a certain satisfaction in reflecting that it is not oneself.”

Though one can make the case that foreshadowing is at work here, strictly speaking this breakfast discourse has nothing to do with the plot that follows. Yet who would say that it’s not entertaining?

The challenge isn’t to eliminate routine from our writing, but to render it in such a way that, while we anticipate its disruption, we’re also—if not exactly gripping the edges of our seats—sufficiently amused.

With the opening in question, through the evocation of Billy’s character by way of the close-third-person technique (known also as “free indirect discourse” or, in the original French, discours indirect libre), the author goes a good way toward accomplishing this.

Free indirect discourse is one of the most powerful tools in an author’s trick-bag. It lets our narrators dip freely in and out of a character’s stream-of-consciousness, accessing their thoughts, feelings, opinions, even their vocabularies and other attributes of their speech patterns, without having to say (for instance) “Barry thought” or “Barry felt.” That Barry’s thoughts and feelings (as opposed to the third-person narrator’s objective thoughts) are what we are being made privy to, is implied by the language and syntax by which they are conveyed. When, for example, we read of Barry’s sister Liz that she was “a bit of a loose cannon, often arriving back from some protest or other, just ahead of being arrested,” we know—anyway we sense—that these are not objective facts about Liz, or purely objective, but “facts” colored by Billy’s sentiments, filtered through his consciousness. The same way a sliced onion left next to the butter in the refrigerator invests that butter with its odor, Billy’s jaundiced personality infuses his third-person narrator’s diction. We discover—subtly, slyly—that this same boy who relishes the opportunity to watch sweaty men on horses in secret is also “terrified that anyone might find out he was interested in color schemes and fabric swatches.” These antipodal sides of his character define him. The scene delivers more than just Billy’s routine. It conveys his divided nature—an internal drama, but a drama no less—and engages us accordingly.

Which isn’t to say this opening can’t stand improvement. Though it goes a good way toward evoking Billy’s character through his interior take on things, it could go further. For instance: what if, instead of merely being alluded to or listed, the glimpses of telly programmes he rejects while channel surfing were described—not neutrally, but from deep within his jaundiced perspective? The result would not only tell us more precisely what is “happening” (routinely) in the scene, it would provide an opportunity to color in Billy’s personality more vividly, while occasioning some delightfully jaded humor.