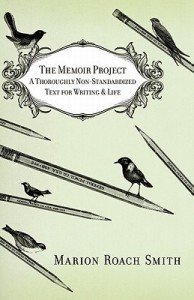 The following is excerpted from The Memoir Project: A Thoroughly Non-Standardized Text for Writing & Life by Marion Roach Smith.

It would be impossible to count up just how many people over the years have come into my class hell-bent on writing a revenge tale. So here’s some hard-won advice:

Never write a story because you want to exact revenge or betray someone.

Your story can be about revenge, absolutely, but the story itself should not be wielded as a blunt object, a cat-o’-nine-tails, or a bludgeon.

Instead, while writing about the hideous aspects of life, you should attempt to teach us something about the behavior of those involved, about your behavior, about all human behavior. Let us into your story by shedding light on our own dilemmas, fears, happiness, or wide-eyed wonder.

It should be, or else all memoir would be sniveling, and I’m really interested in someone else’s sniveling only if it somehow elevates my own. So remember, just like doctors do, “First, do no harm,” and don’t get suckered into a revenge-to-nowhere tale, where you ask forever how you can get back at someone without ever quite doing so.

Asking the question “What is it about?” will prevent that kind of useless exercise. Ask that, and while the answer might be, “revenge,” you will end up writing a piece on how you tried to get some, what you learned along the way, or how you plotted and plotted and where that led you.

Writing a tale that seeks revenge, you’ll quickly see that tale as merely a list of hurts, which, when you get to the end of that list, is a list that may not interest even you anymore. Revenge as a topic is good; as an intent, it’s not. This is another benefit to writing with intent, instead of writing for exercise.

Not to go all bumper sticker on you, but learn to write with intent and you might learn something about life—as you will when you learn to reduce the essence of the piece to a single totemic emotion such as “pity” or “joy,” a single experience such as “freedom” or “redemption,” or even a single phrase such as “the dramatic story of a family’s struggle with Alzheimer’s disease.”

That may take some time. But you can do this now: You can decide on a genre—humor, perhaps—and choose how to illustrate it.

What will not work is the phrase “This is a tragedy and the illustration is my marriage.” This is too big. On the enormous topic of your marriage, look instead for the moment it shifted—the discovery of the Polaroids that revealed where it is your spouse would rather be; the first time your wife didn’t get choked up at someone else’s wedding; alone, trying to snap the safety clasp of your bracelet after the death of your partner—and we will see the tragedy. Capture the moment of “aha!” and you’ll find one specific story that you can drive forward.

Do you see what is happening here? You are shifting yourself—your story—into a new position of importance, where you are no longer the center of the tale. Repeat: I am not the story. Exactly. You are the illustration. You are the picture in the frame, the lozenge in the wrapper. Get that, and when you do, you will see how your story—the illustration of the theme—gets shifted to the second phrase of this sentence and, by extension, to its proper place.

Marion Roach Smith is the author of four books, the most recent of which is The Memoir Project: A Thoroughly Non-Standardized Text for Writing & Life (Grand Central Publishing). She teaches memoir online at marionroach.com.