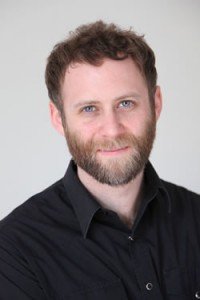 Last year, when I became a professor at the e-media department at the University of Cincinnati, I started working with more diverse media, and observing what goes into the making of even very simple videos. I worked with one of my colleagues on a 2-minute intro clip for an hour-long panel, and I assisted as he spent hours collecting footage.

His philosophy? Get far more footage than you need, from as many angles as possible.

That’s why I love this article in the latest Glimmer Train bulletin, “Cutting Out the Bad Bits,” by fiction writer Will Boast. He says:

Give yourself a good deal of raw material to work with before you begin to edit. Try multiple angles—change the point of view, change the perspective. Multiple takes—write the same scene two, three, ten different ways. Allow yourself multiple performances—let your characters deliver their lines with several different inflections and respond to each other in new, unexpected ways.

Then, when you have your rough cut, mix up the chronology. Try intercutting one scene with another … as you splice different passages together, remember always that you’re working toward rhythm.

Read more of Boast’s wonderful piece over at Glimmer Train.