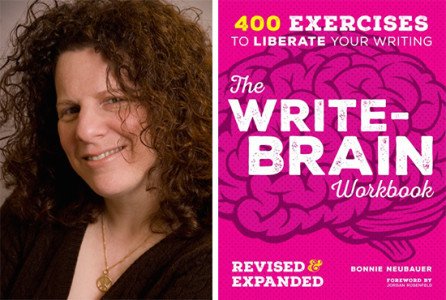 When I was an editor at F+W Media from 1998–2010, I acquired hundreds of books, mostly for the writing reference shelf. In the early 2000s, I had the good fortune of meeting Bonnie Neubauer, who specializes in writing exercises and creativity, and we worked together on a very special project called The Write-Brain Workbook. It’s a full-color book of 366 one-page writing exercises, each page uniquely formatted and designed. I’ll never forget working on that project because it was an enormous undertaking; we ended up assigning pages to multiple designers at the company.

But the effort was worth it; the book has been successful enough that Writer’s Digest has just released a second edition on its ten-year anniversary. I took the opportunity to connect again with Bonnie to discuss her own creativity practices and goals, her favorite means of gathering writing prompts, and myths about creativity.

JANE FRIEDMAN: Congratulations on the ten-year anniversary of The Write-Brain Workbook! I’m sure over the years you’ve received a lot of feedback from writers about the book’s exercises. What patterns have you found in people’s response to the book?

BONNIE NEUBAUER: Thanks, Jane. It’s beautiful and, after ten years of wishing, it now has workbook-size pages so you can truly write right in the book.

Most of the feedback I’ve received over the years comes from writers as well as teachers. Often the letters and emails take the form of a confession about not writing or the fear of writing, followed by a heart-felt thank you for how the exercises in the book have helped liberate them. Every time I read one of these notes, my eyes well up because I know how great it feels to unlock something hidden within or unleash a part of yourself that had been blocked.

I frequently hear from writers who are very visual learners or who have learning challenges, especially ADHD. They tell me that it’s the only book that works for them. I guess it will come as no surprise that I, too, have quite a short attention span. I am an auditory learner, however, and that’s where the word-play and bad pun titles of all the exercises come from.

My favorite feedback, however, always comes in my writing workshops. During an exercise, when an attendee’s posture changes, her lips curl into a smile, and her pen starts to move really fast, I know that she has discovered or rediscovered the joy of writing. It’s a beautiful thing to witness.

Do you have a daily or consistent creativity practice of your own? What’s it like?

I do my best to do something toward my creative goals every single day. When I miss a couple days, I feel off both physically and mentally. It’s hard to explain, but my anxiety increases, and my patience and concentration decrease. I actually feel like a part of myself is amiss. The closest thing I can compare it to is when athletes (I am not one; I am a computer potato) talk about how their mood is enhanced when endorphins are released through exercise. I get that feeling every day through my commitment to consistent creative expression. Also, it’s never an effort. Taking time away from it is where the effort comes in. It’s a bit hard for me to shut off my creativity. I have to concentrate really hard to keep it at bay. And when it’s time to turn it back on, it usually takes a good portion of a day.

There are two ways to reignite my creativity that work best for me. One is to pull out my Story Spinner, generate a writing exercise, set a timer for ten minutes, and simply write. I usually do three of these unexpected-topic, random idea, timed writings before I feel like I have returned. The other thing I do is clean off my desk. I hate to clean, so it brings out the rebel in me. Before I know it I am shirking that task and doing something that makes me happy. And that something is always creative.

My practice begins every morning in the shower. As the water flows, I let my brain go on a stream-of-consciousness vacation. I don’t force any thoughts or try to direct my brain to solve a problem. Instead, I let my mind relax. By the time my hair is conditioned, I am usually repeating a new idea over and over in my head so I don’t forget it. I keep a white board and marker close by to record these ideas. That sets the tone for the rest of the day. I always carry a notebook with me so I can catch my ideas as close to when they happen as possible.

I believe it’s better to be creative two minutes a day, every day, than to create for large chunks of time once or twice a week. This is how I build and maintain my momentum.

Do you have any favorite exercise or prompt books from other writers—or perhaps other, atypical sources of inspiration?

One of my favorite means of inspiration is to go to library used book sales. Armed with lots of allergy meds—I am allergic to mold and some types of ink—and some huge shopping bags, I head right to the nonfiction sections. I grab older books off the shelf that happen to catch my eye. I flip them open to random pages, and if I see something I like—typically an illustration—I put it in my “to buy” pile. Two shopping bags (okay, I confess, usually three shopping bags) and $25 later I am armed with a ton of inspiration. One recent visit netted a book on hand-weaving, one on noncompetitive activities for youth ministers, a psychological color test, a rhyming dictionary, and a picture book on the history of the telephone—to name but a few of the gems.

Is there a persistent myth about creativity or the muse that you wish you could eradicate?

It really bothers me when people say they aren’t creative. Everyone is, in some fashion. I am just as guilty every time I say I am tone deaf or that I have two left feet and that no one could ever possibly teach me how to sing or dance. I wish, more than anything, that we would all learn how to let go of limiting beliefs, stop comparing ourselves to others, cease worrying about what others think, and just let ourselves go and be free to experiment and play. Oh dear, I think I am showing my age. I sound a lot like a hippie from the late 1960s, early 1970s. But it’s true. If we could see life as a big playground, we’d be a lot happier and probably a lot healthier, too.

I know you believe that momentum is a writer’s best friend. Tell us what that means.

It’s funny; I was never enthralled with science when I was in school, but some of the terms really stuck with me. Momentum is one of them. It has to do with something growing stronger as time passes. The word conjures up an image of a huge wave that is building with intensity and strength. And I hear its roar, too. For me, momentum is the creative process. Every time you create, you add to its power. The more you create, the stronger it gets. The more committed you are to it, the better you feel and the better you get at it. It’s self-perpetuating. And it’s why I honor my commitment to create every day. 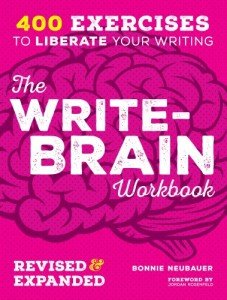 Want to exercise your creativity?