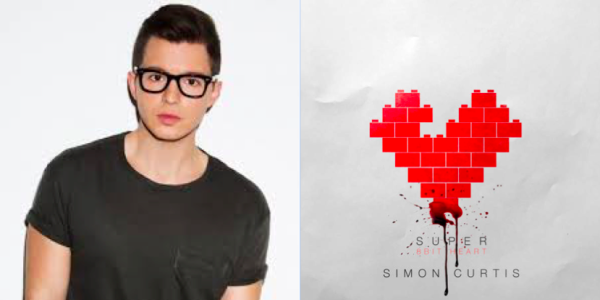 Fuse Literary (@FuseLiterary) is one of the more interesting and progressive literary agencies I know, founded by Laurie McLean (@AgentSavant) in 2013 with Gordon Warnock. It blends traditional publishing methods with digital publishing and emerging technologies, plus operates a digital-first publishing division, Short Fuse, to help build their clients’ audience between books.

Just recently, an interesting new deal was announced by the agency: Their client, recording artist Simon Curtis, signed a book deal with Simon Pulse for the YA novel Boy Robot, to release in November of this year. To coincide with the deal announcement, Curtis released an album with songs that inspired the book, and a cover reveal will follow this month.

Laurie McLean agreed to answer a few questions about the unique nature of this client and book deal.

JANE FRIEDMAN: How did Simon Curtis come to be your client—did he find you or vice versa?

LAURIE MCLEAN: Simon and I were actually united by Simon Pulse editor Michael Strother. Michael knew that Fuse Literary had been formed to explore the potential of hybrid authors and storytelling across multiple media. Plus Michael and Simon had been interacting on Twitter for years. Michael was a fan of Simon’s music.

So when Simon mentioned on Twitter that he was working on a YA science fiction novel, Michael jumped in and asked to see it. When Simon Pulse eventually expressed interest in buying the book, Michael reached out to a few select agents, and I was one of them. I convinced Simon that Fuse was a perfect match for his interests and talents, and boy are we enjoying the journey together.

Usually I tell authors that, for fiction deals, platform is rarely as important as story. With this deal, it looks like platform and Simon’s music career played a very strong role. What made this project attractive to you and/or to Simon Pulse?

Fuse Literary is always looking for hybrid authors who have interests outside the book that we can exploit. We have self-published and traditionally published authors, sure. But we also have Joey Coco Diaz, who is a standup comedian, podcaster, and author. We have A.R. Kahler, who is a circus performer, and Ransom Stephens, who is a particle physicist. Both are novelists, and we use their other talents to reach those target readers as well.

Simon’s performing artist celebrity did play a big part in this deal, as did his amazing dominance of Twitter. He has such a strong base of fans on Twitter who not only buy his music, but also interact with each other and Simon to a huge degree. It’s that social media juggernaut action that got everyone interested.

How do you envision the cross-marketing and publicity strategy working—getting people from the music to the book?

We intend to keep the music and the books as separate, yet symbiotic, entities. We really want the book to be billed as an amazing YA debut by an exciting new author crafting an entire new universe full of incredibly diverse characters.

At the same time, Simon will be releasing new music and expanding his audience there as much as possible, so that when the time comes the largest number of eyes and ears possible will be on the book. The music will never be “book soundtracks,” per se, but fans of the music will find references in the books, and vice versa.

What does Simon have planned in the build-up to the book’s release day?

In addition to the cover reveal this month, Simon’s also working on new music that should drop immediately before or coinciding with Boy Robot in November. I’m sure there will be YouTube videos, music videos, performances, and more. The book and Simon’s musical vision are very intertwined.

This book will be released by Simon Pulse, an imprint focused on teen fiction. What do you think is different about marketing a debut author to a teen audience?

You have to market to teens where they live, and today’s teen lives online. Snapchat, Instagram, YouTube, and to some extent Twitter and Facebook are where these kids hang out and interact, so that’s where Simon intends to have a big presence. You will still have the gatekeepers—parents, teachers and librarians. But if a teen wants a book, a parent is more than likely to buy them the book they want. To a parent’s mind, a book is much better than yet another video game or app. Storytelling in a book works on immersive imagination, and that makes it special.