Note from Jane: Today’s post is adapted from the introduction to Book Architecture by Stuart Horwitz (@book_arch).

I founded the company Book Architecture 15 years ago because I was tired of being called a “book doctor”—as if I had some kind of magic pill or syringe I could inject into a manuscript that would cure all of its ills. It doesn’t work that way; at least it doesn’t if you’re not using a formula.

Writers everywhere need help building something beautiful, solid, and original, and that takes a method.

The method I’d like to suggest has three main concepts:

If you can find your 99 scenes, and if you can put them in the right order, then you will be all set. That’s kind of a joke, but I’ve seen it happen. Please note: 99 is a placeholder. You might have 72, or 138, etc. But when we think of our scenes as comprising a certain number, and therefore separate from each other, we can get the flexibility we need to move things around, to discard some and brainstorm others.

What is a series? Let me first tell you what a series is not: it is not an interrelated series of books in the same genre that have a lot of the same characters. (It is related to that, but we don’t have to worry about that right now.)

You may have heard repetition and variation applied to art in general: the use of melody in music, the architectural pattern.

Repetition and variation of a narrative element—what is that? A narrative element is anything that can be identified in a reader’s mind as something discrete, for example, a person, a place, a thing, a relationship or a phrase. In fact, the repetitions and variations of series are how a person becomes a character, how a place becomes a setting, how a thing or object becomes a symbol, how a relationship becomes a dynamic, and how a repeated phrase becomes a key to the philosophy of the work.

Writers need to gain the skills to have these arcs interact, intersect, and collide—to braid these threads of series into a whole tapestry. All of your series should be about the same thing, because your book can only be about one thing. And we call that one thing our theme.

“It’s not how you fall in life, it’s whether you pick yourself up.”

Do you believe that? I do. The originality comes from the clothing that you put on the theme, such as:

When you get your theme, you can arrange your series around it, and then use what repeats and varies to drill down to the level of individual scenes to see what your work is still missing, what has to go, and what kind of opportunity you really have in front of you.

Scene, series, and theme. A relatively simple way to think about writing. There are many good books on the market today on the subject of scene. My use of theme is original in its application but not its definition. Series, though, fills a void in the writing world, and it has produced attention, a little controversy, and some a-ha! moments for writers.

There are many different types of series, as I mentioned before.

There is, of course, an event series as well, but here we have to be careful or we’ll end up privileging these events above all other aspects of the work. We’ll call the events a plot and make everything else take a backseat.

When I work with writers, they all want to talk with me about their plot. “What is this plot you speak of?” I ask, and they say something like, “You know, everything that happens … the important parts … the stuff that comes together, and you know, means something.”

When we talk about plot as separate from the characters, the symbols, the locales, the dialogue, and the philosophical introspection, what we are doing is privileging events over everything else. But nothing exists in a vacuum.

Writing guides that treat everything separately make returning to unity that much harder. I don’t want to sound like one of those people who think they’ve found the answer while everybody else is wrong. I just feel that current approaches to writing structure will inevitably box you in. Nowhere is this more true than for the subject of plot. Everybody says pretty much the exact same thing. There is a “universal story” that we all must adhere to: narrative should be divided into a “three-act” structure of conflict, crisis, and resolution. Within these three acts, there are more specific landmarks such as the first “pinch point,” where we are reminded of the antagonistic force, or the “midpoint,” where we get a twist that sends the main character into a new world. 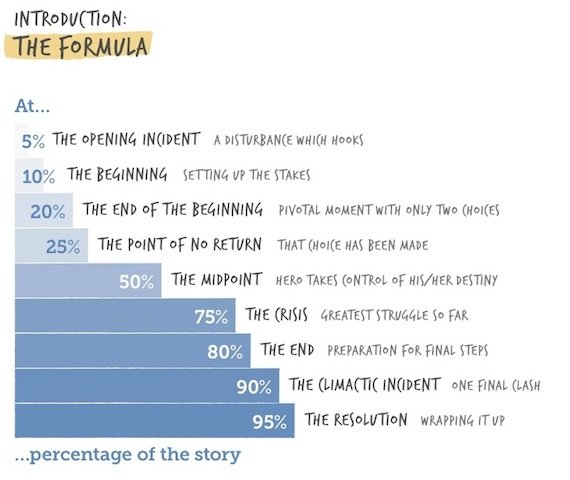 This is good stuff to think about, just as long as we don’t all use it at the same time and create a bunch of narratives that resemble each other because, you know, we all used the same formula. A lot of great books use this formula, but a lot of great books don’t.

Because we have our series, we don’t need a formula. 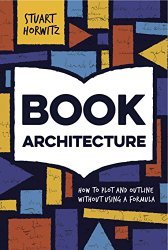 By tracking our series, we can straighten out 99 percent of what is wrong with our work. I’m serious; that figure is probably low. You can evaluate your series arc to ensure consistency with your various throughlines, become aware of any gaping holes, and create moments of emotional impact.

Want to know more about this method? Check out Book Architecture by Stuart Horwitz.