Today’s guest post is excerpted from How to Write a Page Turner (Writer’s Digest Books) by Jordan Rosenfeld (@JordanRosenfeld).

If we wrote novels that were hyper-accurate to the “real lives” of our characters—even those that populate fantasy and science fiction novels—they would be thousands of pages long and span a series too big to fit on any single shelf. Reality is full of uneventful, unremarkable, lackluster moments that, on the page, are about as tense and exciting as gray Play-Doh.

Creating tension is as much a function of what you leave out as it is what you put in, but often we can’t see those extraneous parts until someone points them out to us or expresses boredom with parts of the story.

The following tips will help you identify some of those mundane parts of your characters’ lives, and bad habits or techniques that don’t serve the tension of your novel, no matter its genre.

Often when we are first getting to know our characters, we do one of two things: We either model them after people we know, or we make them out of raw clay, little golems who are just generic people (often versions of ourselves). They might not yet have a distinct way of talking, offer particularly incisive observations, or possess a demonstrable personality. We might make them “average height” or “medium build.” These are acceptable for a first draft, but by the time you’re ready for readers to enjoy your story, you have to flesh out the vagueness into specifics with nuance and uniqueness. Moreover, characters should read as distinct from one another.

This applies to supporting and secondary characters, too; every character adds to the realism and plausibility of your story. If you have a generic “cop” or “clerk” or “housewife” or “schoolteacher” who isn’t also a real person with some sort of nuance either externally or in personality, the character will come off as flat and dull, and do nothing to support the tension of any given scene.

On the opposite end of vagueness is the use of too much detail. Perhaps your protagonist is a surgeon, a world-famous pianist, an engineer, or something else that involves a bit of technical know-how. You might be tempted to create verisimilitude by researching and then writing a scene in which your character performs brain surgery with exacting and precise details for pages and pages. The amazing thing about readers is that they need only a basic amount of realistic-sounding detail to feel that the scene at hand is plausible. Going overboard on detail or grinding things down too finely typically slows the pace and kills tension. And this applies to many things—you can’t fool the reader into accepting excruciating detail by putting it in dialogue, either. Your goal is realism, not a dissertation.

Pleasantries (the weather, unimportant details, nice words) spoken between characters quickly become boring. The exceptions are if your characters are speaking these things under duress, or threat of harm, or if they are using the pleasantries as code for something else, or coupling it with body language that says a great deal more. Unfortunately a lot of dialogue between characters feels like filler if you aren’t intentional about it. Dialogue should be stylized and strategic—it should always reveal something about the characters who are speaking, and further the plot. Look for dull lines of dialogue and mercilessly cut them free.

Dialogue is about nuance and complexity. Think about how much people say without saying it directly. Spoken conversation is often filled with subtext and innuendo, inside jokes, or cultural idioms that not everyone understands. Use these to your characters’ advantage.

These are a series of small actions that get a character from point A to point B, or that help demonstrate what’s happening on the scene in too many steps. They are most commonly remnants of first drafts, but sometimes they crop up in later drafts, too. For example, a character with the goal of exiting a room does not need to be shown rising from a chair, looking about, striding across the carpet, grasping the doorknob and turning it before opening it, and then finally exiting. “He left the room” might suffice. Look for places where you are over-articulating the action into more steps than are necessary; these almost always kill the tension and slow the pace of the scene.

Another tension-killing habit is essentially to announce to the reader what the character is about to do before they do it, unnecessarily, which I call telegraphing. Here’s an example:

He was going to leave this room and never look back. He stood up, “I’m leaving, and I’m never coming back,” he shouted as he stormed for the door.

Often we write these lines as notes to ourselves and then forget to delete them, but sometimes it reflects a lack of understanding about the work of a scene. The best method for action in a scene is to let your characters demonstrate the action themselves. That is to say, they get up and do something. Any time you are slowing down to have them think or observe first, you might be falling into telegraphing. When you use the narrative voice (that is, when information is not grounded inside and internal to a character’s POV) to say what is about to happen, you’re killing tension. Cut it.

6. Thoughts in the midst of action

The moment when characters are in the midst of big, dramatic action is precisely the worst time to slow down the energy and momentum of a scene to insert thoughts, especially long, drawn-out thoughts or epiphanies. Yet I see it all the time in my clients’ manuscripts.

Let me give you an example of the difference in what I mean.

With too much thought:

The hillside shook violently beneath him and began to crumble. Julia screamed and reached out to him. A huge crack appeared just feet from him. If he tried to run toward Julia, the earth would swallow him up. This reminded him of one of the times he went volcano hunting with his father as a child. When the ground trembled, his father had simply scooped him up and dashed toward safety. Julia screamed again and he lunged across the crack like a fool.

Revised, with a brief observation:

The hillside shook violently beneath him and began to crumble. Julia screamed and reached out to him. A huge crack appeared just feet from him. If he tried to run toward Julia, the earth would swallow him up. He was a child again, but without his father to rescue him. Julia screamed again and he lunged across the crack like a fool.

Hopefully you’ll have done the work of letting the reader know about your character’s past studying volcanoes with his father long before this moment, making it unnecessary to fill in backstory in a moment of action where tension needs to remain high.

While big, dramatic personalities can make for great fiction, be sensitive to melodrama—where a character’s emotions are way over the top, incredibly hyper-reactive, or bigger than the scene calls for. Melodramatic characters read as hysterical, unlikable, or implausible. Now, if your character is purposely melodramatic, that’s different. Feel free to carry on, but the story must accommodate that level of drama.

Sometimes we lean on melodrama when we don’t know how to demonstrate character transformation. So instead of gradually showing a character’s shift, say, from low self-esteem to confidence through events and scenes over the course of the novel, we simply plant them in later scenes as seemingly enlightened as a guru. Likewise, when we don’t know our characters well, they can overreact, become hyperbolic, or use too much sentiment to convey their emotions. The more effectively you do your work of writing scenes and following a plot outline, however, the less likely you are to need melodrama. 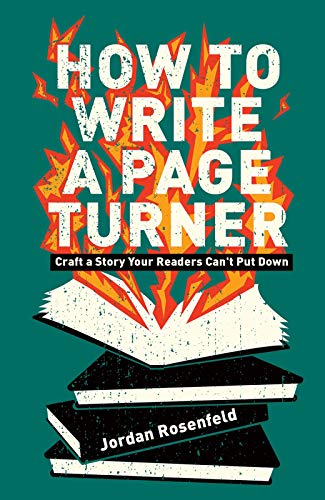 Just as niceness is boring in fiction, so is too much sentiment. The mother who always tells her children they’re angels. The husband who cherishes his wife’s every breath. The schoolteacher who always looks only for the goodness in his students. After a while, these types of sentimentality become tiresome in the realm of fiction. Ask yourself about a character’s nuances and flaws, and try to give them layers instead.

Note from Jane: If you enjoyed this post, be sure to check out How to Write a Page Turner (Writer’s Digest Books) by Jordan Rosenfeld.