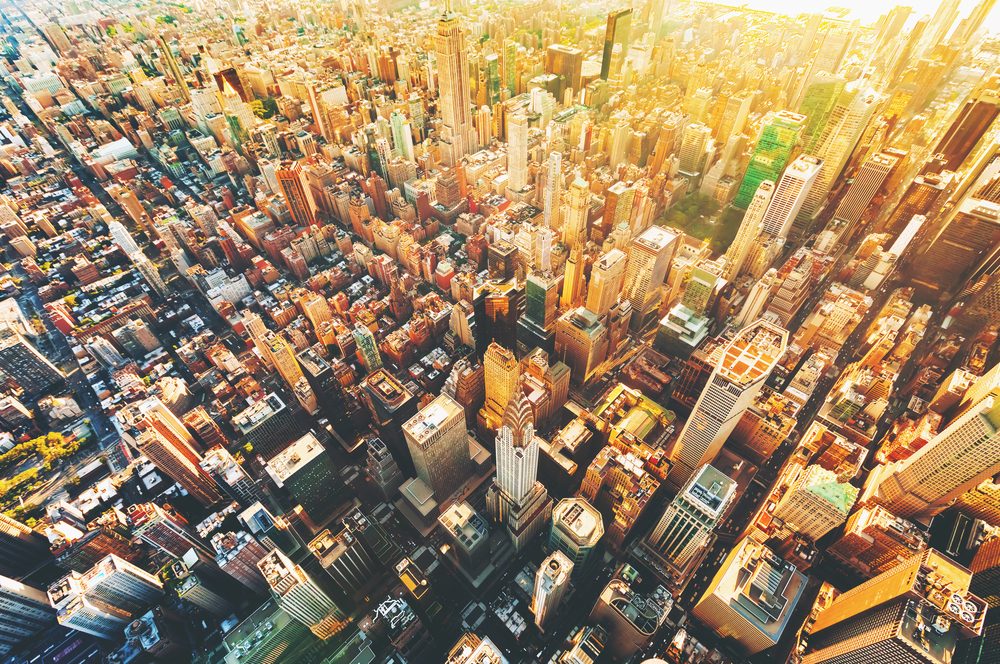 Sometimes you wake up with a hole in your heart and you’re not sure why. It’s a circle, carved by something you can’t touch, something that opens up in your sleep and wakes you up, hungry. This morning, before I got on the plane, it was like that, like those lagoons left by old, erupted volcanoes. They pull things and people into them because the core of the earth, after it’s shot out molten lava, is as hungry as I am.

Now, from 10,000 feet in the air, looking down at all these street grids, I still feel the hole in my heart. And the free-fall between me and the messy muck of being in the city again. I hate New York. Because when you’re there, inside the grid, you can’t see the whole picture, just what lies in front of you; you can get lost. Not like painting, where whether you’re inspired to the point of bliss or you think you’re losing control, the canvas is always there—whole in front of you like a map—and you’re the one drawing lines of perspective. You can always find your way out.

Landing in LaGuardia all alone, it’s cold. I forgot what this felt like, the sharp invisible burn through your clothes, going straight for the bone. I zip my jacket, wrap my scarf, and off I go onto the M60 into Manhattan. Straight through Queens. The houses with Christmas lights still on from six years ago, even in September; nothing’s changed. Strolling through Harlem—an Old Navy now near the Apollo—and then there I am on 110th street, getting on the subway, on my way to Chelsea to see Lee. Lee, who told me to get my “painter ass” over here because it might change my life. And my life needs some change—in every sense of the word; in my pockets, definitely.

The invention of airlines has fostered a grand tradition of novels and stories opening at cruising altitude, with characters bound toward (or departing from) the places where their stories have taken or are about to take place. One such novel, Erica Jong’s scandalous Fear of Flying, honors that tradition through its brilliant opening line, “There were 117 psychoanalysts on the Pan Am flight to Vienna and I had been treated by at least six of them.” Salman Rushdie’s The Satanic Verses twists the convention by opening with its protagonists in mid-flight in more than one sense, having literally tumbled “without benefit of parachute or wings” out of their hijacked, blown-up jetliner:

Gibreel, the tuneless soloist, had been cavorting in moonlight as he sang his impromptu gazal, swimming in air, butterfly-stroke, breast-stroke, bunching himself into a ball, spreadeagling himself against the almost-infinity of the almost-dawn, adopting heraldic postures, rampant, couchant, pitting levity against gravity. Now he rolled happily towards the sardonic voice. “Ohe, Salad baba, it’s you, too good. What-ho, old Chumch.” At which the other, a fastidious shadow falling headfirst in a grey suit with all the jacket buttons done up, arms by his sides, taking for granted the improbability of the bowler hat on his head, pulled a nickname-hater’s face. “Hey, Spoono,” Gibreel yelled, eliciting a second inverted wince, “Proper London, bhai! Here we come! Those bastards down there won’t know what hit them!”

The first page under scrutiny here, while offering no such sensational thrills and spills, plants us firmly in the tradition, with a painter poised to descend upon the New York City he or she left behind some unspecified amount of time ago, without regret, apparently, since she/he still hates the place.

If a successful opening is one that raises intriguing questions while providing enough information to ground the reader, this opening certainly succeeds. On the one hand, we know the protagonist is an artist (though of what sex and age we don’t know; doesn’t matter, we’ll find out soon enough). We know that New York City has left a bad taste in her (let’s assume she’s a woman) mouth. We know, furthermore, that for some reason she has been compelled to return—possibly against her wishes. We know too that the protagonist is poor, or at any rate not flush. Else why travel into the city from the airport by bus—and by way of Harlem, to boot?

The author opens with a metaphor—a vague one about a hole in the protagonist’s heart. Like all descriptions of feelings, though it tries through metaphor to obtain some concreteness, it remains abstract and subjective. However, no sooner does the author plunge us into subjective territory than she grounds us aboard a passenger jet at 10,000 feet.

A good thing, since readers like to be grounded. It gives those abstract first sentences something to congeal upon. But having done so, the author yanks us out of the airplane and into a spewing volcano, one that evokes the narrator’s feelings but that doesn’t feel organic; in fact it clashes with the image of New York City spreading out in its rigid grid below. In the next paragraph, where the grid of the city is compared to a canvas, the metaphor feels more appropriate to the narrator, a painter. It conveys not just the thought being illustrated, but the mind and personality of the character thinking it.

However appropriate they may be individually, taken all together there are too many metaphors here: perforated hearts, volcano craters, canvases, maps.

At least one of them, I think, has to go. However seductive, metaphors and similes (a metaphor is an implied comparison, a simile an overt one) should be used as needed, and never forced. Their purpose isn’t to call attention to our prose—to adorn it with beads, baubles, and bottle caps, like a bowerbird adorning his nest. Their purpose is to help readers see more clearly.

Like most good things in writing, the best metaphors come to us out of a sense of urgency, organically, through the need to be as clearly understood as possible. This is what so many young writers fail to appreciate: that a good style is—or should be—a means, not an end. Precision, clarity, authenticity—those are the ends. Make them your goals, and the windfall will be a winning style—and a unique one, since each of us is bound to be precise, clear, and authentic in our own special ways.

The rest of this opening gives us a tour through New York City, which, though well-written, feels more than a bit rushed, with the protagonist instantly transported “straight through Queens” to Harlem—a journey that anyone who’s taken it will tell you is anything but instant. More can be accomplished here by way of exploiting the artist’s gloomy mood through the description of this journey, tunneling through the city’s Christmas-light festooned inferno, rumbling deeper and deeper into the past aboard that M60 bus.