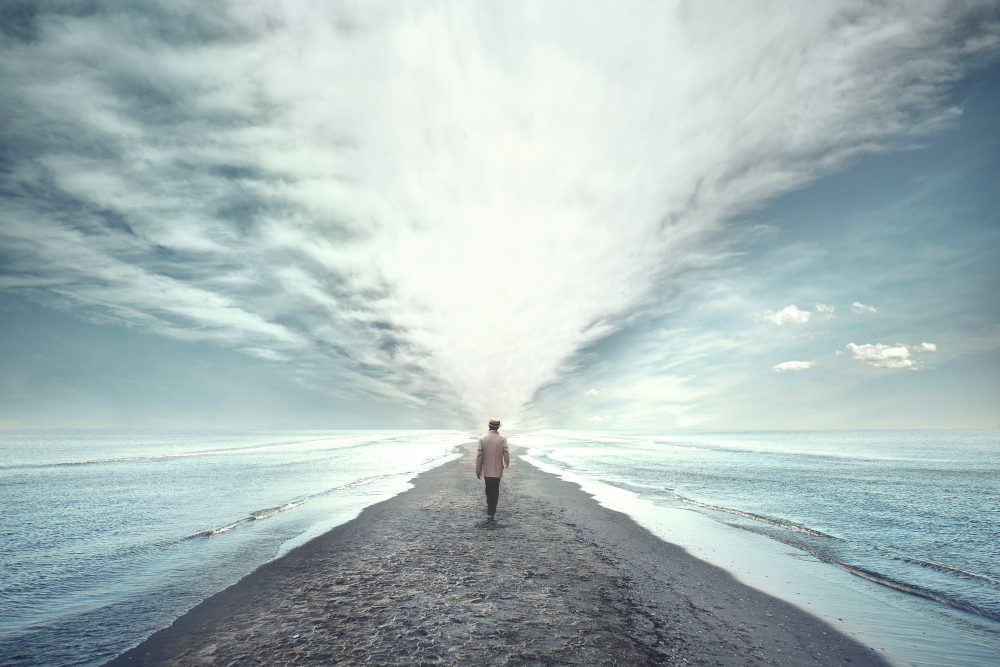 Metaphors, similes, and creative imagery can be useful, creative tools for relaying emotion. In case you don’t remember, a metaphor, according to Reedsy, is “a literary device that imaginatively draws a comparison between two unlike things. It does this by stating that Thing A is Thing B.” A simile compares things, usually with as or like.

Filmmakers carefully construct image systems similar to how writers use motifs in fiction: with color, placement, sound, or emblematic imagery. They are used to subtly manipulate the emotional state of the viewer.

Take the time to add these skills to your writer’s toolbox because they will help you become an emotional master.

Let’s look at some examples, first from my novel, Intended for Harm:

Jake groaned, unaware and uncaring whether his boys were standing there or had left. The moment muddled, miring him like quicksand, sucking him down, down.

Sinking in quicksand brings to mind panic, danger, being smothered, out of control. With that image, we get what Jake is feeling without needing to explain or name the emotion.

My body longed for her, a heavy hunger that set my teeth on edge.

Fox elaborates on the simple understanding of longing by likening it to not only a feeling (hunger) but also one that creates a physical response (setting his teeth on edge).

Here are some other wonderful examples of metaphor:

Bobby Holloway says my imagination is a three-hundred-ring circus. Currently I was in ring two hundred and ninety-nine, with elephants dancing and clowns cart wheeling and tigers leaping through rings of fire. The time had come to step back, leave the main tent, go buy some popcorn and a Coke, bliss out, cool down.

The parents looked upon Matilda in particular as nothing more than a scab. A scab is something you have to put up with until the time comes when you can pick it off and flick it away.

Delia was an overbearing cake with condescending frosting, and frankly, I was on a diet.

John Green’s The Fault in Our Stars:

The sun was a toddler insistently refusing to go to bed: It was past eight thirty and still light. (And) My thoughts are stars I cannot fathom into constellations

Wishes are thorns, he told himself sharply. They do us no good, just stick into our skin and hurt us.

It Must Fit the Character

As with everything in your scene, if your character is going to speak or think, it has to fit their personality as well as be appropriate for the moment. Don’t try to be clever or gush in purple prose. And don’t overdo the metaphors and similes (or mix them) unless you purposely portray a character that tends to do so.

Take a look at a brief section of the opening of Mariah Fredericks’s A Death of No Importance:

Many decades have passed. There is no one now living who experienced that particular horror—except for myself. And who am I to claim to know the truth behind what may have been the first of the many Crimes of the Century?

Nobody. Less than nobody.

I was Charlotte Benchley’s maid.

But before you dismiss my tale as a gain-inspired fantasy of a woman seeking brief, cheap fame, let me say something. It is the life’s work of some to pay attention to things others wish to ignore. If it is your job to make sure the silver is clean, you must have a sharp eye for tarnish. If the sheets are to be smooth and straight, you must first find the wrinkles. In the matter of the Benchleys and the Newsomes, I saw the tarnish, the wrinkles, and the dirt.

The metaphor of the tarnish, wrinkles, and dirt is perfect for this maid’s character, voice, and vocation in that era.

Here’s a passage from On Earth We’re Briefly Gorgeous, by Ocean Vuong. Look for the brilliant imagery and use of metaphors.

He makes his way to the living room. The record player by the love seat skips as it spins a record long driven to its end, the static intensifying as he approaches. But Chopin goes on, somewhere beyond reach. He follows it, head tilted for the source. And there, on the kitchen table, beside the gallon of milk on its side, the liquid coming down in white strings like a tablecloth in a nightmare, a red eye winking. The stereo she bought at Goodwill, the one that fits in her apron pocket as she works, the one she slides under her pillowcase during rainstorms, the Nocturnes growing louder after each thunderclap. It sits in the pool of milk, as if the music was composed for it alone. In the boy’s single-use body, anything’s possible. So he covers the eye with his finger, to make sure he’s still real, then he takes the radio. The music in his hands dripping milk, he opens the front door. It is summer. The strays beyond the railroad are barking, which means something, a rabbit or possum, has just slipped out of its life and into the world. The piano notes seep through the boy’s chest as he makes his way to the backyard. Because something in him knew she’d be there. That she was waiting. Because that’s what mothers do. They wait. They stand still until their children belong to someone else.

Sure enough, there she is, standing at the far end of the little chain-link yard, beside a flattened basketball, her back to him. Her shoulders are narrower than he remembers from hours ago, when she tucked him into bed, her eyes glazed and pink. Her nightgown, made from an oversized T-shirt, is torn in the back, exposing her shoulder blade, white as a halved apple. A cigarette floats to the left of her head. He walks up to her. He walks up to his mother with music in his arms, shaking. She’s hunched, distorted, tiny, as if crushed by the air alone.

He studies her, to see what language can do—but she doesn’t flinch. Only halfway turns her head. The cigarette, its ember bead, rises to her lips, then flutters near her chin.

“I don’t want you to be my mom anymore.” His voice strangely deeper, more full.

And with that her head is lopped off its shoulders.

No, she’s bending over, examining something between her feet. The cigarette hangs in the air. He reaches for it. The burn he expects doesn’t come. Instead, his hand crawls. Opening his palm, he discovers the firefly’s severed torso, the green blood darkening on his skin. He looks up—it’s just him and the radio standing beside a flat basketball in the middle of summer. The dogs now silent. And full.

There’s the liquid coming down in white strings like a tablecloth in a nightmare, the pocket radio like a red eye winking. The piano notes seep through the boy’s chest. Her shoulder blade, white as a halved apple. The simile: She’s hunched, distorted, tiny, as if crushed by the air alone. Striking imagery that evokes strong mood.

Singular words stand out to me: the floating cigarette, that flutters near her chin.

The character doesn’t convey any emotion until we see him shaking as he approaches his mother. No emotion is revealed when he names his emotion: he tells his mother he hates her. When she bends over, he sees it as her head is lopped off (wishful thinking?). And then the bigger surprise—his mother isn’t there. Was she ever? Did he imagine her? Or did she leave him while he was examining the dead bug?

That dead bug, the flat basketball (think of what all that might symbolize or imply), the spilled milk, the skipping record. All those little bits weave a potent mood and backdrop to this moment that makes us long to read on.

This is beautiful, masterful writing.

Push Beyond the Boring and Predictable

Often the reason a character emoting doesn’t move us is the writer uses boring, predictable descriptions. It’s easy to fall into tropes. It takes time and work to develop a writing style that fits genre and sets you apart as an author.

There’s something to be said about a masterful writer whose style, in and of itself—syntax, choice of words, ways of presenting life through his eyes—moves us emotionally. Humor, cynicism, deep insights into the human condition, the brilliant turn of a phrase or use of metaphor all can have profound effect on us as readers.

I can’t teach you how to find your special writing style. That’s something you have to find by reading and writing. It takes thousands of hours of practice to become proficient enough in writing fiction to get beyond focusing on the mechanics (“Did I structure this sentence correctly?”) to freeing the creative voice inside you—which also requires kicking the self-critical editor off your shoulder while you write. This is why freewriting without restraint is so helpful.

Here’s a passage I grabbed out of Kathryn Megendie’s amazing novel Tender Graces:

When Grandmother Laudine drove up in her shiny black Chevrolet pickup truck with her umpteenth husband she’d asked us to call Uncle Runt, the rain had turned into the skinny stinging kind. I watched out the open door as Grandmother blobbered towards me. She hollered back to Runt and the storm took her words out of her mouth and scattered them to faraway places. Runt went back to the truck while Grandmother barreled into our living room. We kids lined up to get a good look at her.

She wore a pink pantsuit with pockets the size of my head, tissues sticking up in one and a bottle of Milk of Magnesia in the other. Her britches stopped above her ankles, and she had on pink bobby socks with lace, and white tenny shoes with pink shoelaces. Her hair wasn’t hers at all, but a big poofy wig that held raindrops like sparkly diamonds. When she hugged on me, she smelled like Vicks VapoRub.

Megendie could have written all that in a very expected, common, boring way. But look at how she twists words in new ways, all the while giving insight into her POV character with a unique voice and way of looking at her world.

Not all of us are such gifted wordsmiths, but we can all take time to rework our exposition into powerful, moving prose.

Note from Jane: To learn how to master emotion in your fiction, take a look at Lakin’s new online video course, Emotional Mastery for Fiction Writers. If you register before September 1, you’ll get half off using this link.