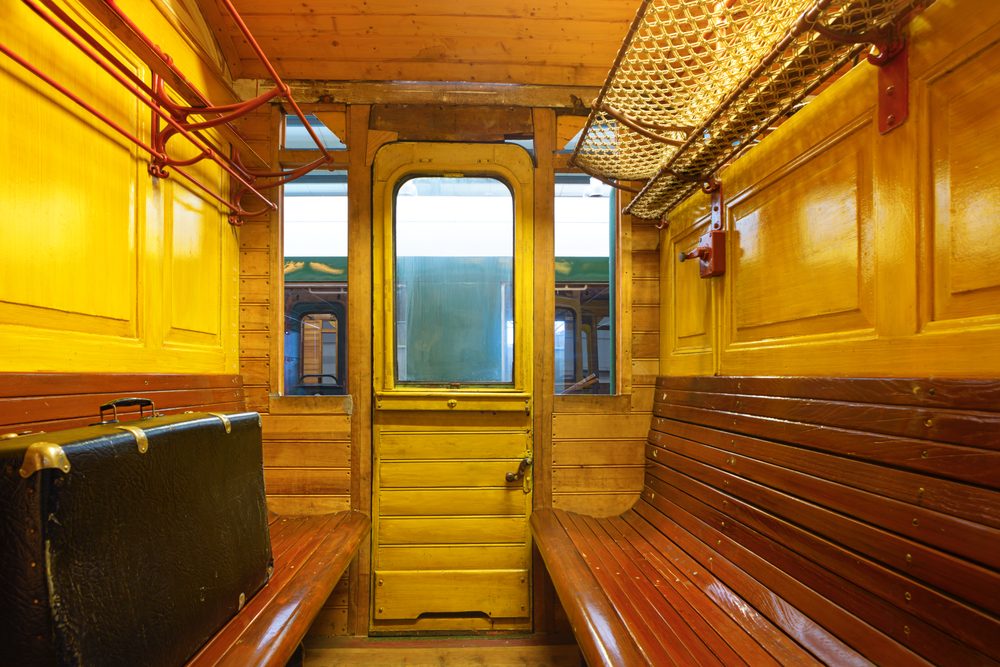 How did you get here? You’ve spent half your life trying to keep your mother from committing suicide, but she did it anyway, and three weeks later your husband disappeared without a word. You finally found him living with another woman, so you filed for divorce while telling yourself, no, I don’t really want to set that floozy’s house on fire and watch them both burn, when you knew perfectly well how immensely satisfying it would have felt for about a minute before you’d’ve dashed in there to pull them out of the flames, crying I’m sorry, I’m sorry. You didn’t want to be sorry. You didn’t deserve any of this. There are things you know you’re supposed to forgive, awful things, but you can’t. There are so many things to run away from right now, everywhere you look. You have fears so deep you don’t even know what they are.

But there are so many places to run away to. A beach in Xijuatanejo, where nobody can find you. You speak a little Spanish, no? Or Paris, where you once met a man on a train; Paris, yes. You were twenty-one. It was August 1972, two years before you met your husband, five years and eight months until your mother killed herself.

Jesus, what eyes. You can’t stop staring at the man on the train, with his thick, jet black hair and dark chocolate eyes, Cat Stevens eyes. He’s wearing a well-cut suit, no tie, white shirt slightly open at the neck, is traveling with an older man, and you cannot for the life of you stop. your. looking. Sitting by the window, the two men are speaking in French, and, thank god, he doesn’t see you staring. Or so you think. You, long-haired, blue-jeaned freshly minted college graduate seated in the center, are traveling on a Eurail Pass with your sister. The compartment is full, eight people sitting four per bench, face to face. My god, you have never seen a pair of eyes like his, and you silently self-scold because you cannot control your own.

An old man in a greasy coat sits across from you with a faded, floral headscarfed woman, who unwraps a smelly hunk of cheese for their lunch, merciful distraction. A noise startles everyone: ba-dingalingalingaling! It keeps ringing. All eight passengers freeze, look around, puzzled. Then you realize, oh no, it’s your alarm clock going off stupidly inside your backpack in the overhead rack. Shut up shut up, please. But it won’t stop. You cannot outwait it and let it wind down of its own accord because the others are beginning to look worried, and you recall winding it up tight this morning, so until you climb up there and shut it off, it won’t stop. You sigh and stand on the seat, reaching, blushing, so vivid you could light up the whole train. Because now you’ve got his attention, he’s on to your secret crush. He has no reason to look elsewhere but at scarlet you as you sit back down. He smiles gently and you feel a little less ill at ease, and later, he stares deep into you as the train lurches rhythmically. Your cheeks burn and you stare back at him from a place you’ve never been: naked, seeing, rocking with him in unison to the motion of the train.

Much later, he signals with his eyes for you to follow, and then gets up and leaves. Heart thumping, you wait a decent interval, worrying, is this real? Did he mean to just go to the bathroom and I’ll look like a hussy if I follow? I’ve already embarrassed myself on this train, and I would be mortified… Your sister has noticed neither your electrification nor your conundrum. You go.

This first page of this memoir presents us with not one but two opening gambits. In the first opening, a woman reflects on recent dramatic events in her life: her mother’s suicide, her husband’s disappearance, her discovery that he has set up house with a “floozy,” and her divorcing him. In Opening #2 we’re taken back “five years and eight months earlier” to a time when, as a twenty-one year-old “freshly minted college graduate” aboard a train in or near Paris, the narrator finds herself so captivated by a strange man with “Cat Stevens eyes” she follows him out of the train compartment to … she knows not where.

Apart from being well-written using the second person “you” (more on that later), what do these openings have in common? First, let’s look at what distinguishes them.

The first opening is entirely abstract. Though it alludes to emotionally charged dramatic events, it does so in a vacuum, void of setting and time, with the closest thing to action consisting of the narrator’s internal musings on those past events. By contrast, the second opening is firmly grounded in setting and scene: we have a time, a place, an event. We’re invited into an experience.

The first opening points to the tale of a grown woman’s emotional unravelling in the face of nearly simultaneous betrayals: her mother’s suicide and her husband’s infidelity; the second points to a different story, that of a young woman’s romantic coming-of-age abroad.

In content and form, like a striped blazer worn with plaid pants, instead of complementing each other, the two openings clash. Even if we assume that both stories belong to the same memoir, shouldn’t their relationship be, if not obvious, somewhat apparent from the start? Or might the whole point of juxtaposing them on the first page be to raise in readers minds the tantalizing question, “What do these events have to do with each other?”—a question that, presumably, the memoir will go on to answer? For me, however, the arbitrary way in which Opening #1 wanders into Opening #2 negates that possibility. (And the book’s title—not made available here to protect the identity of the author and the work—doesn’t offer any clues.)

Were this a novel, I could imagine all kinds of ways in which these two openings might be joined together meaningfully. A memoir allows no such inventions. The author is bounded—if not by the facts, then by her memories.

Which brings us to what I suspect is the underlying issue with this first page, one that often confronts authors when they first set out to write a memoir: an overabundance of material, and the urge to use all or too much of it. Our lives hold so many dramas, all so colorful and romantic (at least so they seem to us in memory): how to resist sharing them all? The result: a manuscript the working title of which could be “My thrilling adventures up till now.”

But a memoir is both more and less than a repository of our indelible personal experiences. Unlike autobiography, it’s shaped by an overarching, narrower, not strictly personal, theme. Our lives may supply the raw material, but a good memoir isn’t about us, or isn’t just about us. It concerns some facet of our lives as illustrated by certain experiences that readers will, hopefully, relate to. In illuminating some aspect of our shared humanity, it’s as much about the reader’s life as about our own.

As for what theme unites the experiences presented on this first page, I can only guess. I’m guessing it’s nothing more specific than the author’s eventful life. And though memoirs are distilled from lives, however eventful in itself a life doesn’t equal a memoir any more than the juice from so many grapes adds up to a bottle of wine.

So why use the second person? According to narrative theorist Joshua Parker the second person “gives authors a degree of alterity from their own experiences (or desires) without having to ‘own’ them as an authorial persona.” In other words, it functions as a kind of mask or disguise—albeit not a very clever one, but one that, especially in writing a memoir, may help an author gain some distance from their material.

As my agent predicted, sales of the published second-person memoir were modest. Still, were I to do it over again, I’d stick to the second person—and not because second person has since come into vogue, but because that’s the right choice for it.

All things being equal, however, I would avoid the second person, which, like antibiotics and parachutes, should be used only when necessary.