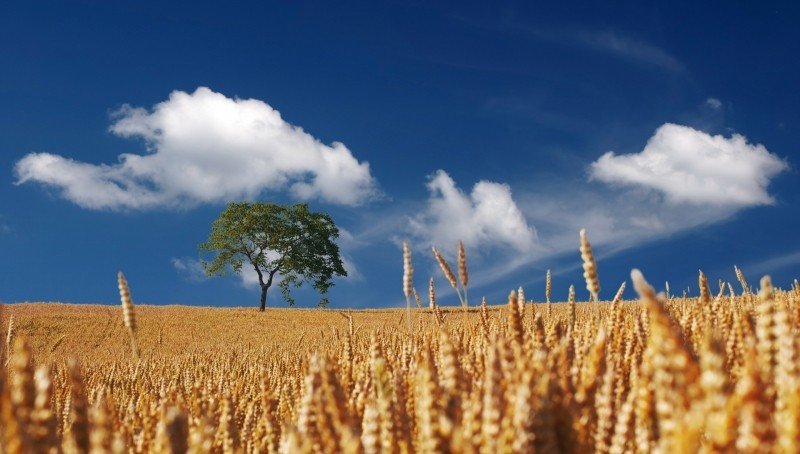 Today’s guest post is an excerpt from The Memoir Workbook: A Step-by-Step Guide to Help You Brainstorm, Organize, and Write Your Unique Story, from C.S. Lakin. Content warning: A memoir example in this post portrays sexual violence.

Voice is like your fingerprint. Each of us has a voice when we speak aloud. We have a style of speaking, our own unique vocabulary and syntax and inflections.

When we write, we also adopt a voice. In fiction, each point-of-view character has a unique voice, which permeates both the narrative and dialogue. In nonfiction, the writer’s voice sets the tone and style for the entire book.

When we consider penning a memoir, we can (and should) carefully choose the type of voice that would best suit the story we are telling.

Setting the Tone for Your Memoir (Avoid Complaining)

Voice is different from tone, but the two are connected. If you plan to write a humorous memoir, the tone will be funny and light (though you can have dark humor too), and the voice would need to fit that tone.

Your story may be one of very painful, dark, or terrifying experiences. But that does not mean your tone should be dark—nor that your voice should be heavy, somber, or depressing.

The tone of your memoir might be serious, lighthearted, angry, sad, thoughtful—or the tone may vary throughout the telling. But writers should avoid sounding whiny or looking for sympathy. Readers will naturally sympathize with your story if you present it in a way that doesn’t annoy them. Just as in real life, no one wants to spend hours listening to someone complain.

Let’s get one thing straight: I’ve hinted long enough—I love guns. The more, the better. The more shooting, the better. The more ammo, the better. So, logic would cause one to surmise that ol’ Hunka Ted would just go crazy for machine guns. It’s so true. Oh, the very pronouncement of the word sends shivers up my backbone, and my right index finger begins to vibrate uncontrollably. With much pride, I proclaim I’m an extremist! How else could I author “Wang Dang Sweet Poontang” for God’s sake?

Or this, from Nick Offerman, star of the comedic show Parks and Recreation:

Jesus, Mary, and Joseph. Where do I begin? I supposed we’ll do a chronological thing and start you off with some of the early years, a taste of the vintage stuff.

Or this, from Issa Rae’s memoir The Misadventures of Awkward Black Girl:

When dealing with people who pose so-called questions [about your hair] even as they judge you, here are some foolproof responses. . . .

Opinion: “It’s so soft. I wasn’t expecting that.”

A backhanded compliment I receive often, it always begs the silently self-posed question, “What exactly were you expecting? Did you expect it to prick you like cotton plants, or to feel rough like gauze tape?” This usually comes from friends I’ve let touch it, or whom I’ve asked to braid my hair, or from chatty hairstylists. The only response I’ve been able to muster is a curt, “I know, isn’t it?”

. . . A simple, “Are your hands clean?” not only infantilizes the request, but it also sends the message that our hair isn’t the sheep exhibit at the petting zoo.

If you’re going for a high entertainment factor, you’ll want to make sure your voice reflects the personality and humor needed.

Ask: Who Am I Writing This for and Why?

While author Diane Johnson said, “Pain plus time equals comedy,” that doesn’t mean that we will find the hurts or abuse or suffering we may have gone through as humorous. What it implies is that distance gives perspective and, well, distance. We need to have sufficient distance in order to tell a mature story.

This is very important to ponder.

If your memoir is to be a serious account that reveals a lot of pain, hurt, abuse, or other heavy emotions, keeping in mind why you are writing your story and for whom will help frame the question: What voice and tone do I want to use?

Heavy, painful subjects, of course, shouldn’t be made light of. Or should they? Humor can take the edge off serious topics so that they are approachable.

Your memoir is not a journal in which you rant or vent. It’s not a means to inflict vengeance or pay back to those who’ve hurt you. If you need to rant, work through your pain, or deal with your anger, that’s what counseling is for. If you feel you are unable to distance yourself from those feelings, you may not be ready for memoir writing.

You are bearing witness, not wallowing.

Getting Readers to Care

To get readers enrapt in your story and caring about what happened in your life, your voice needs to be engaging, clear and concise, and conversational. You aren’t writing a textbook or a doctoral thesis.

Imagine yourself sitting with a friend at your kitchen table, just chatting and sharing stories. If it helps, picture that friend as you write the chapters of your memoir, anticipating the questions she might ask and what details she’d want to know. Maybe even consider the funny or poignant remarks she’d make, which could really be your own insights into your past.

When you write your memoir, the reader should feel spoken to—not lectured but included.

The Mature Self as Narrator

Yes, your story is about you, but it helps to separate yourself as the protagonist or main character of your story and the “you” that is the author.

Doing this helps give you perspective and distance, which is needed to craft your memoir. Can you picture yourself standing on a hill or across the street, watching what is happening to you in a particular scene you want to write about?

Of course, we don’t want our memoir to be straight facts without commentary, emotion, or elaboration. That would drain all the power out of our story. We do need to evoke emotion, but how do we do it without getting all emotional ourselves in our narrative?

Here is where the mature self comes into play—the secret of great memoir. We have to write our story, the events of our life, from a future perspective. From now.

Now brings with it maturity, wisdom, insight, and grace. The mature self speaks from that place of distance but not detachment.

This will take some thoughtful effort and time. Before you write any scene or chapter, you have to consider what you’ve learned and what perspective you want to offer on the situation. You have to accurately convey what you were feeling at the time without expressing those feelings now.

Take a look at this example from Maya Angelou’s I Know Why the Caged Bird Sings. Here she is a young child, listening to the radio with a crowd gathered in her grandmother’s store—the fight between Joe Louis and Primo Carnera, as the announcer declares Louis seems about to lose:

My race groaned. It was our people falling. It was another lynching, yet another Black man hanging on a tree. One more woman ambushed and raped. A Black boy whipped and maimed. It was hounds on the trail of a man running through slimy swamps. It was a white woman slapping her maid for being forgetful.

. . . This might be the end of the world. If Joe lost, we were back in slavery and beyond help. It would all be true, the accusations that we were lower types of human beings. Only a little higher than the apes. True that we were stupid and ugly and lazy and dirty and, unlucky and worst of all, that God Himself hated us and ordained us to be hewers of wood and drawers of water, forever and ever, world without end.

We didn’t breathe. We didn’t hope. We waited.

Notice that Angelou doesn’t rant here. She is sharing the perspective of herself and her people in a powerful way, as the mature narrator. Sure, you can reenact scenes showing yourself emotional then—angry, raging, crying—but that’s something different from narrative voice, the mature self that is documenting the events like a historian.

You may choose to add in emotional commentary, in the present or now as you share those past events. But, again, you want to be careful. Perhaps the most beautifully crafted and “careful” (think: full of care) passage of Angelou’s entire memoir is when she describes being raped by her mother’s husband at age eight.

He released me enough to snatch down my bloomers, and then he dragged me closer to him. Turning the radio up loud, too loud, he said, “If you scream, I’m gonna kill you. And if you tell, I’m gonna kill Bailey.” I could tell he meant what he said. I couldn’t understand why he wanted to kill my brother. Neither of us had done anything to him. And then.

Then there was the pain. A breaking and entering when even the senses are torn apart. The act of rape on an eight-year-old body is a matter of the needle giving because the camel can’t. The child gives, because the body can, and the mind of the violator cannot.

I thought I had died—I woke up in a white-walled world, and it had to be heaven. But Mr. Freeman [her rapist] was there and he was washing me. His hands shook, but he held me upright in the tub and washed my legs. “I didn’t mean to hurt you, Ritie. I didn’t mean it. But don’t you tell . . . Remember, don’t you tell a soul.”

Angelou could have gone into much greater detail, and attached much emotion to this horrific incident. But by speaking from a distanced, almost detached, mature self, she brings that power and grace to the moment that is too horrible to imagine. In a way, she protects her readers without minimizing the account. It remains heartbreaking. That takes thoughtful writing. She is telling the truth in a way that makes it easy for readers to read.

But Angelou wrote: “Easy reading is damn hard writing. I am trying to tell the truth, not everything I know, but the truth.”

Tell the truth, but not everything you know. Filter your experience through the eyes and mind of your mature self. Step back and leave your anger curbside.

I like what author Toni Morrison says about avoiding writing from a place of anger:

Anger . . . it’s a paralyzing emotion . . . you can’t get anything done. People sort of think it’s an interesting, passionate, and igniting feeling—I don’t think it’s any of that—it’s helpless . . . it’s absence of control—and I need all of my skills, all of the control, all of my powers . . . and anger doesn’t provide any of that—I have no use for it whatsoever.

The mature self tells the truth, but truth isn’t the same as facts. Truth is something deeper. 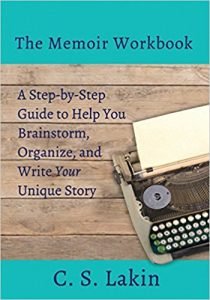 So as you think about your voice, consider your audience. Consider the tone you want to adopt. And, most importantly, consider how to write from the mature self. That is the way to present yourself and your story honestly and with integrity.

What kind of tone and voice have you appreciated in memoirs? What strategies have you used in your own? Share in the comments.

If you enjoyed this post, be sure to check out The Memoir Workbook.