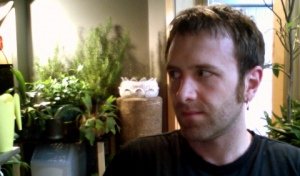 Today’s guest post is by Ken Brosky. I asked him to share his experience because many authors have made the same mistake he has. Plus, his advice on how to do things right is spot on.

In addition to his post, I recommend you read one of my rants, I Hate Press Releases—and hopefully you’ll never end up wasting time OR money.

For the past two months, I’ve been documenting my attempts to promote my first short story collection on my blog in the hopes that other writers might be able to learn from my mistakes.

Take, for instance, my misguided attempt at conducting what the experts called PR, or—to the layperson—public relations. I assumed that in order to send out a press release, you had to spend money. Not only that, I also assumed in order to contact actual press—the keyword here, I think—you needed a professional company to do it for you.

I ended up spending money on something that had no value to my book whatsoever.

This doesn’t mean, however, that I haven’t had some success with book reviews and press contacts. In fact, I’ve been incredibly lucky so far. I did an interview with Madison’s newspaper, which published a full-page article about the book. I had another newspaper from my hometown mention the book, as well as a local arts magazine feature story.

How did I do it? Easy: I contacted them.

I sent a personalized e-mail with details about the book and then I waited. That isn’t to say this avenue hasn’t come with its own number of failures—I still haven’t heard from the biggest newspaper in Wisconsin or any college newspapers—but that’s just part of the game. You’ll fail, but sometimes you’ll succeed, and if you learn from the failures, you’ll be more successful.

When it comes to paying money to submit a press release, learn from me: save your money.

Ken Brosky is the author of two YA series, The Grimm Chronicles and The Earth-X Chronicles. His short stories have been published in Portland Review, Mystery Weekly Magazine and Alfred Hitchcock’s Mystery Magazine, among others. He also blogs for Suspense Magazine and manages Pure Fiction, a free newsletter that features book reviews and writing tips. He has an MFA from the University of Nebraska-Omaha, and teaches creative writing at the University of Wisconsin-Whitewater.