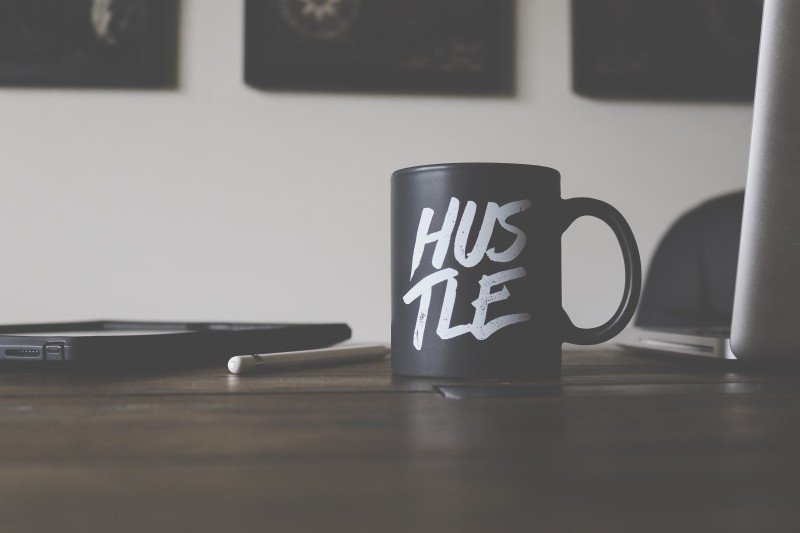 Today’s guest post is excerpted from Perennial Seller: The Art of Making and Marketing Work that Lasts by Ryan Holiday, published on July 18, 2017, by Portfolio, an imprint of Penguin Publishing Group, a division of Penguin Random House, LLC. Copyright © 2017 by Ryan Holiday.

When I work on a project—with clients, but particularly with my own writing—I start by acknowledging a blunt but important truth: Nobody cares about what I have made. How could they? They don’t know what it is. And if they do know, still the average fan cares a lot less than I would like them to care. This too is undeniable—how can they care much about something they haven’t experienced the benefits of yet? They haven’t spent years living and breathing this thing like you have—not yet anyway.

Accepting your own insignificance might not seem like an inspiring mantra to repeat at the outset of a marketing campaign, but it makes a big difference. I always prefer to start from a place of reality, not from my own projections and preferences. Humility is clearer-eyed than ego—and that’s important because humility always works harder than ego.

I remind myself: People are busy. They have no idea why they should care about this thing. No one is eagerly awaiting it as if it were the sequel to a blockbuster franchise (and even if it is—you’re far better off pretending it’s not and working just as hard). People have been burned too many times before by other people who didn’t take as much pride in their craft as I do. It is my job as the marketer of my work to make people care, and that’s not going to be possible if I start with any illusions or entitlements. Instead, I’m going to start fresh. I’m going to win my readers, customers, and fans for the first time, one person at a time, all over again.

The only way your thing is going to be a success is from hustle, from energy, and from the plan you put together. The only way the job will get done—to make people care—is if you do it.

This is something I’ve had to tell multimillionaires, celebrities, bestselling artists, and people with millions of YouTube subscribers. I’ve had too many clients who assured me of their magic bullet—a high-traffic blog, a friend who works for ______, their close relationship with [insert show], their millions of fans—and that because of this they were all set. They blew off opportunities or dismissed great ideas, all because they were too conceited, distracted, or busy to make marketing a priority. Then, a few months later, I’d see them come back to me with the bad news: Their brilliant game changer/disruptive technology/once-in-a-lifetime/sure thing/[insert your own egotistical hyperbole here] launched to crickets. It’s all so unnecessary.

One client, rich enough to travel by private jet, wanted to appear on a handful of very influential podcasts to promote his first major work in a long time. After securing the placements, I talked him through the scheduling. He interrupted, “I’m busy. Can’t I just get them all on the line at once and record all the interviews together?” No, I said. These people aren’t here for whatever scraps you’re willing to throw them. You may be important in your world, but they are important in theirs. We have to treat them with respect—we have to respect their audiences, just as you respect yours. Thankfully, he agreed to do it right, and we reached several million people with an investment of just a few more hours of time.

Another client had a penchant for brainstorming big, aggressive marketing ideas that his team would help him execute for a book launch. But then he never executed any of them, declining to cough up the budget or make the time because everything else seemed to be going well. The book debuted at number two on the list instead of clinching the top spot he’d wanted. The worst part? The narrow miss ate at him, even though it was perfectly avoidable.

A recent study found that when you visit the Facebook News Feed, more than 1,500 pieces of content are vying for your attention. There is, in other words, a 1-in-1,500 chance of even seeing a desired customer.

The mark of a future perennial seller is a creator who doesn’t believe he is God’s gift to the world, but instead thinks he has created something of value and is excited and dedicated to get it out there. Guess what? A sense of entitlement is not how you’re going to reach them. Hunger and humility make the difference. 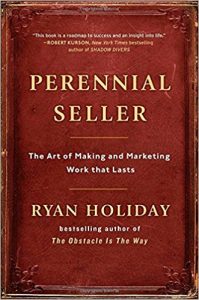 Perennial Seller: The Art of Making and Marketing Work that Lasts is a meditation on the ingredients required to create classic books, businesses, and art that does more than just disappear. His writing has been translated into 28 languages and sold over half a million copies worldwide while his creative firm, Brass Check, has worked with companies like Google, Taser and Amazon. You can join the 80,000 people who get his weekly articles.

Ryan Holiday’s writing has been translated into 28 languages and sold over half a million copies worldwide while his creative firm, Brass Check, has worked with companies like Google, Taser and Amazon. You can join the 80,000 people who get his weekly articles.