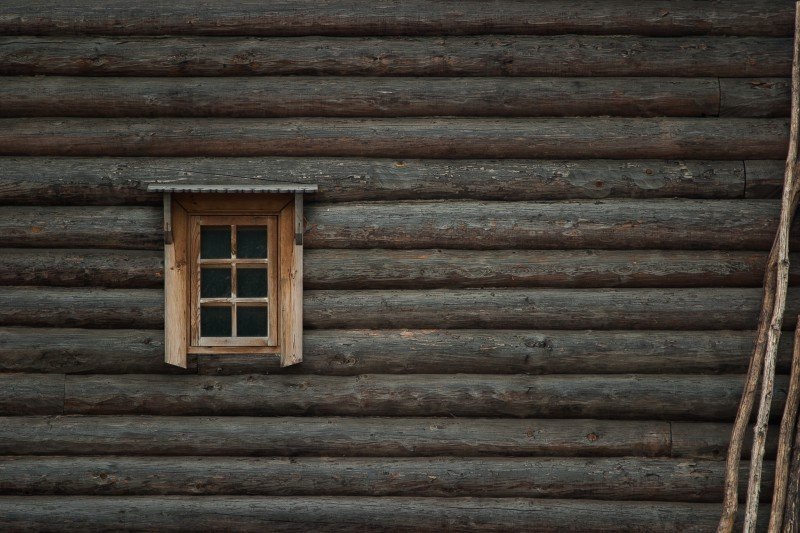 Today’s guest post is by author Jane Anne Staw (@anne_staw), the author of Small: The Little We Need for Happiness.

In college, I struggled mightily with writer’s block, although I didn’t know it at the time. I thought I was just a lousy writer. All my professors told me so: “Too bad you’re such a poor writer,” one professor wrote on a term paper. “You have a fine mind.”

“Good ideas, poor execution,” another said. “You can think, but you sure can’t write,” yet another professor wrote in red ink at the end of another term paper.

Reading some of those papers recently, I thought: My professors were right—you’d have thought German was my native tongue, not English!

I grew up with a brilliant and critical father whom I wanted very much to please. Once I arrived at college, I fretted and fumed about every single sentence I wrote because I wanted my professors to think highly of me. I had transferred my strong desire to please my father to the faculty at my university.

By the time I graduated, even thank you notes presented nearly impossible obstacles. And the identity of poor writer was by that time thoroughly affixed to me.

It wasn’t until years later, a long time after I had overcome my block, that I understood that behind all that hand wringing and rewriting, a pretty fine writer waited in the wings to emerge. She simply needed to be given a chance.

Poetry is what gave me that chance. I began writing poetry and found that I was able to create entire poems, with verses and stanzas, metaphors and similes. At the time, I had no idea why I was able to do this, but I remember feeling such great relief. Maybe I could write after all.

Now, with hindsight, I understand that poetry is the universe of small, and it was by thinking small that I was able to begin overcoming my block.

Think about it: Poetry is written word by word by word, the words accumulating, often quite slowly, building force and emotion, scene and psychic space, until the poem is complete. Thinking about only one word at a time lowered the stakes for me, so that I no longer felt so anxious about the final product. And thinking small kept me in the moment, focused on the immediate verse I was writing.

Writing poetry, I no longer worried about what my professors would think of what I was writing, or about what grade I would receive in the class. Instead, I began to take pleasure in single words, or the rhythm of several words in a row.

Poetry began my unblocking process. But to become the writer I am today, I had to continue thinking small. When I moved on to writing personal essays, and then books, I quickly discovered that thinking about the entire book, or even the whole essay, caused a surge of anxiety. So I learned to think small and focus on the current sentence I was composing, or at most, on the current paragraph.

In the beginning, I was still anxious about the quality of my writing. So I made a deal with myself. I had to complete one whole paragraph, before I could return to it and revise. And when I revised, I could go through that paragraph only once.

Later, when I was writing more fluidly, I moved from one paragraph to one whole page before I allowed myself to read over what I had written and revise.

Gradually, my writing became more and more fluid. I was able to sit and write for longer periods of time without feeling antsy and anxious. And I discovered that sometimes, I actually enjoyed what I was doing.

Another way I learned to think small when I wrote was not to allocate too much time for writing. If I left the entire morning open for writing, I was more likely to procrastinate. To clean my refrigerator, answer emails, respond to phone messages. Leaving too much time allowed the anxiety to creep in, and to avoid that feeling, I did anything but write. I learned that for me, at times, a writing window of a half-hour was plenty of time to get a good deal of writing done.

I also learned that worrying about publication and who would read what I was writing was anxiety provoking. So when I wrote, I shrank my writing universe to a population of one. Writing was a relationship I had with myself; when I was writing, nobody else mattered. Once I had finished the piece, I could think about readers and publication.

Many people I know are ambitious about their writing. Ambition is not bad in and of itself. But it definitely interferes with your writing. If even before you begin a writing project, you are thinking about where you want it to be published and who, you hope, will review it, you are opening the door to anxiety.

From struggling with severe writer’s block in college, I am now a teacher and coach of other writers, some of whom see me because they too are struggling with block. One recent client came to me midway through a novel he was writing. “It’s overwhelming, thinking about this novel. I have so much more to write,” he said. “It’s discouraging. It makes me want to forget about this novel.”

Together, we brought this writer’s focus back to the writing itself, to the scene he was inventing at the moment, to the characters in that scene. We did this by talking about the scene, reflecting on the principal character and how she would react to what was taking place. By bringing the current scene or chapter center stage, this writer no longer thought about the future of his novel. He wrote and lived his novel in the present. And was able to complete it much more quickly than he had anticipated.

Another recent client was unable to write a book she had a contract to write because she worried so much about how readers would react to what she had to say. Not writing was a good way to avoid this anxiety. 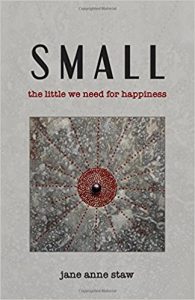 I helped this writer think small by suggesting she introduce me as the principal reader for what she was writing, and eliminate all these future and potential readers from her writing world. It took a while, but in the end, the writer was able to keep me in mind as she wrote, not all her potential critics, which opened the door for her to complete her book.

I work with each writer as an individual, but at some point in our work together, and to varying degrees, I suggest they think small. To focus on the moment they are writing about—the current word, scene, or paragraph–and not the entire writing project. To have at the most one ideal reader in mind when they write. To concentrate on the process, not the product. To stay with the writing and not the publication of their project. And whenever my clients do this, many of their writing inhibitions disappear.

If you enjoyed this post, be sure to check out Jane Anne Staw’s Small.

Jane Anne Staw has taught at the Iowa Writers’ Workshop; Stanford University; for over 20 years at The University of California at Berkeley Extension, where she was named an Honored Instructor; and most recently, for 12 years, in the MFA Program in Writing at the University of San Francisco. She serves on the Advisory Board of the UC Extension Post-Baccalaureate Certificate Program in Writing. As well, she has been a Bay Area Writing Coach for the past 15 years, working with writers on projects ranging from memoirs and historical fiction to novels, short stories and essays. Her new book, Small: The Little We Need for Happiness, has just been published by Shanti Arts Publishing. Her other books include: Parsnips in the Snow: Talks with Midwestern Gardeners (with Mary Swander), University of Iowa Press, 1990, and Unstuck: A Supportive and Practical Guide to Working Through Writer’s Block, St. Martin’s, 2003.